The Genius of Andy Serkis, Explained 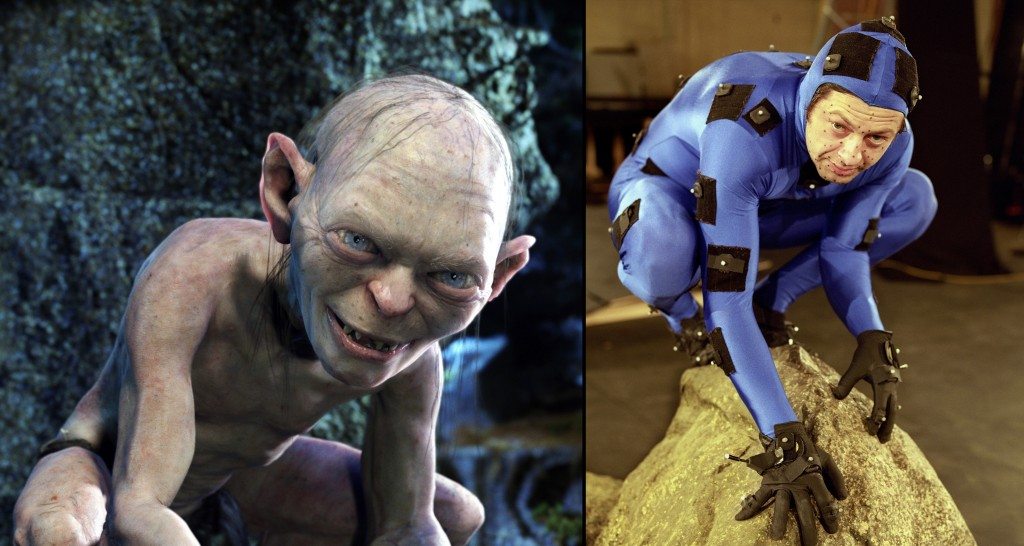 Andy Serkis is one of the finest working actors in Hollywood. Despite his slew of critically acclaimed work, many people do not know his name and even fewer would recognize his face. Andy Serkis is the “King of MoCap” meaning that he is the first major pioneer into the new world that is performance capture. Performance capture (for those who aren’t aware) is that thing actors do when they wear skin-tight leotards covered in ping-pong balls. They have dots drawn all over their faces and wear helmets with cameras attached. These cameras ignore any modicum of personal space and get right up in the actor’s face. If you’ve ever watched the special features on a Peter Jackson DVD, you know that the whole thing looks ridiculous and frankly, quite unnerving for the actors. Those MoCap suits leave nothing to the imagination. You’re basically naked. The tech however, leaves everything to the imagination. It is now possible for an actor to fully portray an array of characters that were never possible before. Think of any sci-fi/fantasy character. Actors can play them now, regardless of how non-humanoid (dis-anthropomorphised?) — OK… not “human” they are. 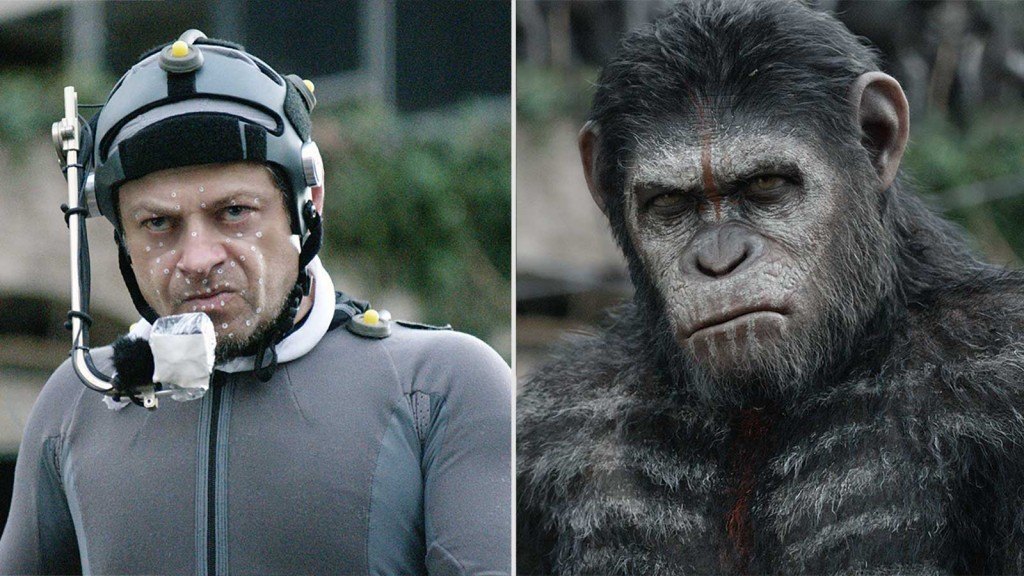 Chimp?
Sure.
Orc?
Of course
Dragon?
Yes
Giant, blue monkey-cat-person?
Why not?

It’s all possible now. Perhaps I am fascinated by this more than others. When I’m not writing, I pretend to be an actor from time to time.

Speaking of actors, you can thank Andy Serkis for all of this. The same Andy Serkis who should have no less than a few Oscar nods at this point. Sadly, he doesn’t.

Andy Serkis first gained recognition for his portrayal of Gollum/Smeagol in Peter Jackson’s Lord of the Rings trilogy. Although virtually absent from the first installment, his appearance in The Two Towers was widely recognized as a milestone in filmmaking. The GCI character’s photorealism was praised and Serkis’ voice performance received acclaim. What most did not realize at the time was that Serkis (who initially accepted the gig thinking it was a 2 week recording booth session) actually acted in-camera with the other performers. Serkis characterization of the tragic Gollum was remarkable. A roll so layered and complex that despite almost being painful to watch, you couldn’t look away. Serkis work was praised by those who were there but the public didn’t realize what they were actually watching when they saw Gollum. That was a full performance from a real actor. This was new. Weta Digital had pioneered technology that would later be used by James Cameron, Steven Spielberg and basically everyone else after that. 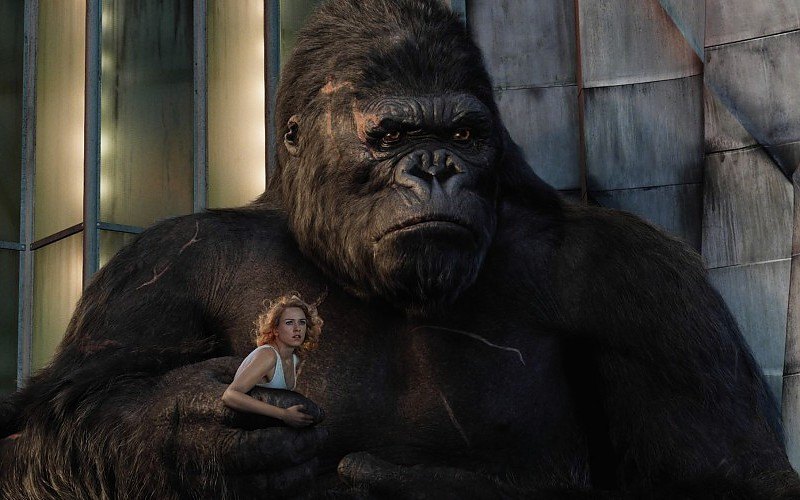 Serkis’ performance as Gollum in The Two Towers should have received a best supporting actor nomination at the Oscars that year but that was never going to happen. As a result of the success of LOTR, Peter Jackson decided to use Serkis along with performance capture to portray Kong in King Kong. Serkis again performed the role using MoCap technology, studying the behaviour of gorillas to deliver a nuanced and emotional character that many assumed was made entirely in a computer. The man of a thousand digital faces would continue to embrace and expand the possibilities for MoCap acting, eventually starting up his own studio, The Imaginarium.

When the Planet of the Apes franchise was rebooted in 2011, we saw the events from an ape’s perspective instead of a human’s. Caeser, the protagonist of the film, was a chimpanzee that was as complex and intelligent as a human. Serkis’ casting for Caeser was beyond obvious as his role in King Kong was the best audition anyone could have given. Rise of the Planet of the Apes utilized performance capture to the ultimate degree. There were no sound stages. It was Serkis on set, with other actors, translated muscle for muscle, move for move onto the digitally rendered chimp. The best way to describe this process is calling it “digital makeup” or “digital prosthetics.” Serkis is stunning in the film. His performance was among the very best of the year and was another milestone for MoCap.

When the sequel to RISE was made, Serkis returned. Dawn of the Planet of the Apes supersedes its predecessor in every way. It is a true cinematic masterpiece. Andy Serkis’ second performance as Caeser is, as far as I am concerned, every bit as brilliant as Daniel Day-Lewis’ turn as Abraham Lincoln. The two characters also have much more in common than one may initially recognize. Both are political leaders, walking a fine line between peace and chaos, trying to avert disaster. There is a scene where Caeser is wounded. He happens upon a realization that he shares with his son, that they are much like the humans they oppose. That moment broke me. It was beautiful. In DAWN, you don’t root for the humans. You don’t root for the apes. You root for Caeser. I would have followed that chimp to the gates of hell. That’s how good it was.Caeser is one of the greatest characters in modern folklore as far as I am concerned. If ever there was a performance to make the Academy take notice of Serkis, this was it. Alas, they didn’t. 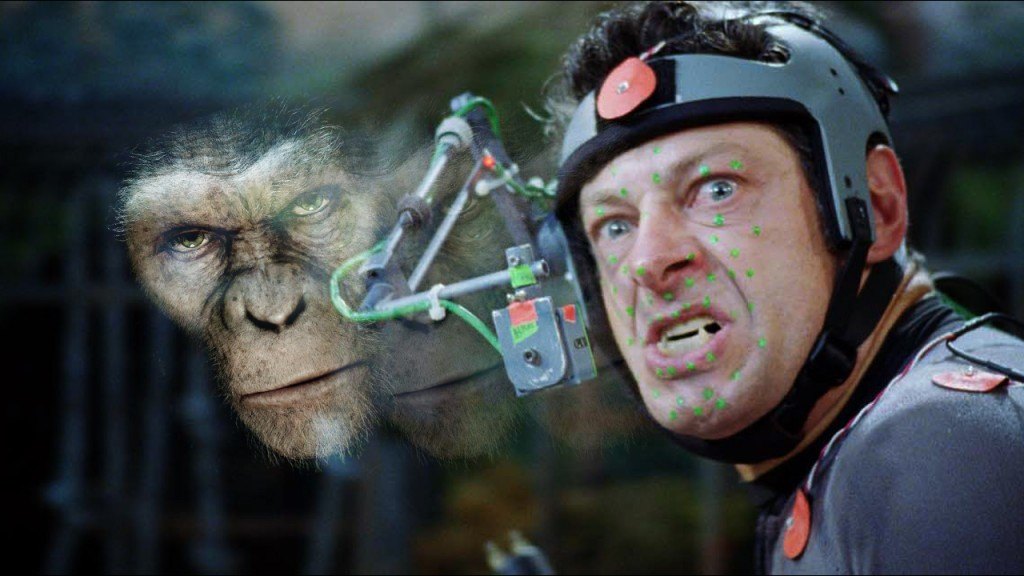 Serkis is currently developing and directing an adaptation of The Jungle Book (not Disney) that will use MoCap for every character but Mowgli. He consulted Mark Ruffalo on the technology for his performance as the Hulk in Avengers: Age of Ultron. Serkis also performs MoCap as Supreme Leader Snoke in the new Star Wars films. There doesn’t appear to be a massive franchise that this guy can’t get in on. He’s THAT good. Take a look behind the scenes and the digital make-up. There, you will discover a true visionary.