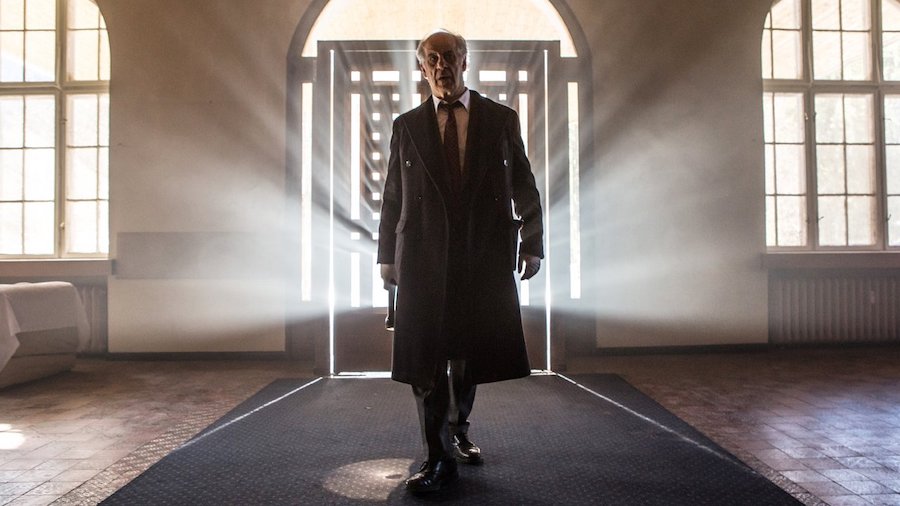 ‘The Girl in the Fog’ is a crime drama that focuses on the mysterious disappearance of a young girl in a small town. It not only focuses on solving the crime but also shines the light on the importance of the media’s approach of such cases and how an uninformed media trial can lead to disastrous consequences. What stands the film apart is its twist ending that completely changes the meaning of the entire story. Here’s what it means. SPOILERS AHEAD

A small Italian town is thrown into turmoil when a teenager disappears from right outside her house. Agent Vogel jumps into the investigation and quickly tracks down the prime suspect- Professor Loris Martini. The only problem is that there is no concrete proof to arrest the guy. Convinced that Martini is the killer, Vogel resorts to all kinds of tricks to prove his guilt. The story is presented to us through Vogel’s conversation with a psychiatrist named Dr. Flores. 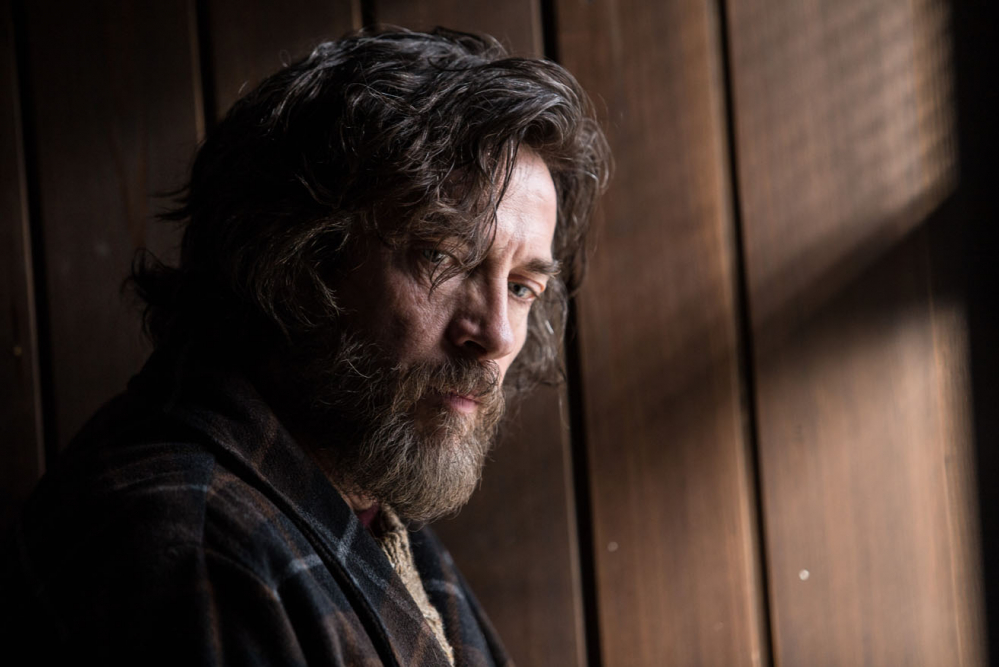 ‘The Girl in the Fog’ takes a weird turn when the investigation suddenly turns from finding the killer to crucifying a school teacher, who Agent Vogel is convinced is the culprit. We find it difficult to believe Vogel, especially given the fact that in a previous case he had destroyed the life of an innocent man. In the end, however, it turns out that he had been right about Anna Lou’s murderer all along.

Loris Martini had recently moved to Avechot, following the affair of his wife. It was supposed to be a new beginning for them, but the move cost a lot of money and left the professor almost broke. The financial crisis also started affecting his relationship with his daughter, and he feared that his marriage won’t survive another brunt. This is when he heard about The Mutilator Case. Agent Vogel had messed up the investigation and led to the conviction of an innocent man, who lost his family in the process and also suffered a stroke during his four-year stay in prison. When his innocence was proved, he was allowed to walk free, and the state also compensated him for the injustice.

Martini was the professor of literature and had an interest in storytelling and novels. When we find him in the classroom, he is in the middle of teaching children how to develop the stories they want to write. He puts down the first rule as the ability to copy the greats. When he came across the Mutilator Case, he realized that this was a good opportunity to make a lot of money. He decided to get himself framed for murder, while also keeping the door open for the proof of his innocence so that the state would have to compensate him. He also read about the theory surrounding the disappearance of six girls, thirty years ago, and a reporter’s quest to find the culprit, the Fog Man. He copied the MO of the serial killer to make it look like the death of Anna Lou was not an isolated case.

The idea to kill Anna came to Martini after he discovered Mattia’s obsession with her. This allowed him a way to leave enough breadcrumbs for the cops to follow him, while also not giving away any substantial evidence to prove that he had done it. So, he followed Anna for a few days, then killed her when she was on her way to church one evening, disposed of her body so that it could never be found, and then led Vogel on by leaving evidence for him. He went through the media trial and whatnot and spent a few days in jail. But it had all been a part of his plan, and eventually, when the media and the cops came around to blaming the Fog Man for the murders, he was not only set free but also compensated. He was paid by the news channel for his interview and even received a book deal. With so much money, he wouldn’t need to work another day of his life. He got what he wanted.

The Ending: Who is The Fog Man? 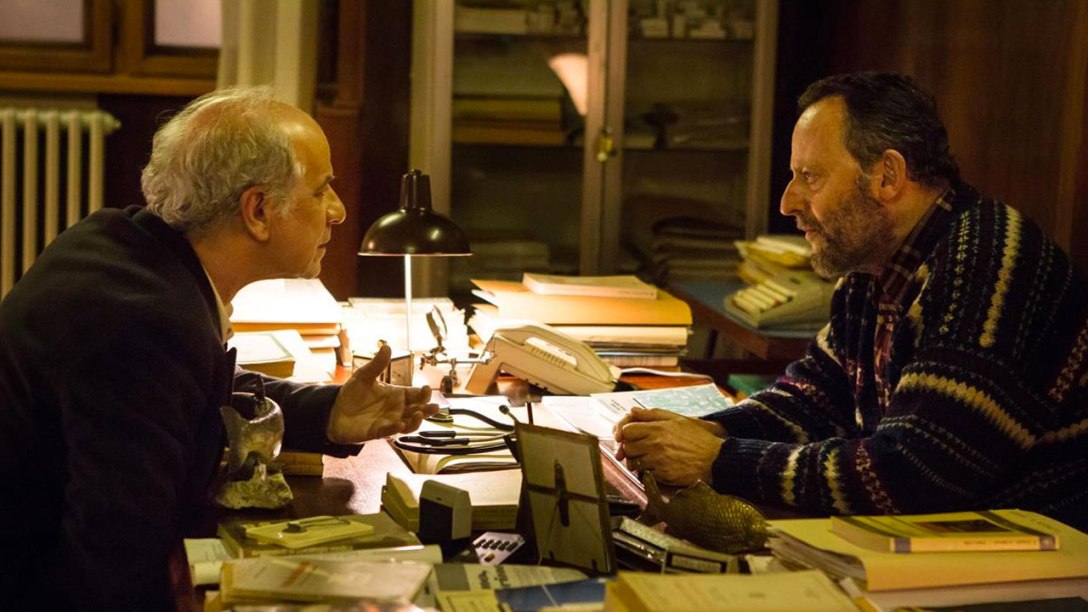 After being misled by Martini, Vogel eventually realizes that he was not wrong. Martini was the one to kill Anna Lou. His suspicions were confirmed when he found the same mark on Martini’s wrist that Anna had made on her own. Because he couldn’t prove anything, Vogel took things in his own hands and killed Martini himself. He confesses all of this to Dr. Flores, the psychiatrist who has been in town for around forty years and harbors a love for a certain kind of fish. While recounting the events to him, Vogel also tells him about the case of the Fog Man, where six girls had disappeared in a sequence, thirty years ago. Martini used that to deflect attention from himself, but Vogel isn’t sure anymore about the existence of the Fog Man. At the end of the film, however, the twist arrives when it is revealed that Dr. Flores is The Fog Man! As a memento for his kills, he has the hair of his victims stored in a box in his garage. But that’s not the only thing that gives him away.

Flores’ arrival in Avechot fits with the timeline within which all the girls had disappeared. He tells Vogel that he only kills a certain kind of fish, which is a reference to the similarities between all his victim- red-haired, freckle-faced, teenagers. He also tells Vogel that every time he catches a rainbow trout, it ends up on his wall. Interestingly, there are around six trouts visible on his walls, which is the same number of victims claimed by him. Flores has not been caught, and no one even believed that the Fog Man was a real thing before. But now, Anna Lou and Martini have brought the attention to him and the case is under investigation, which means, the cops would soon catch up to him.

Read More: Is The Girl In The Fog a True Story?