The Goldbergs S7 E12: Everything We Know 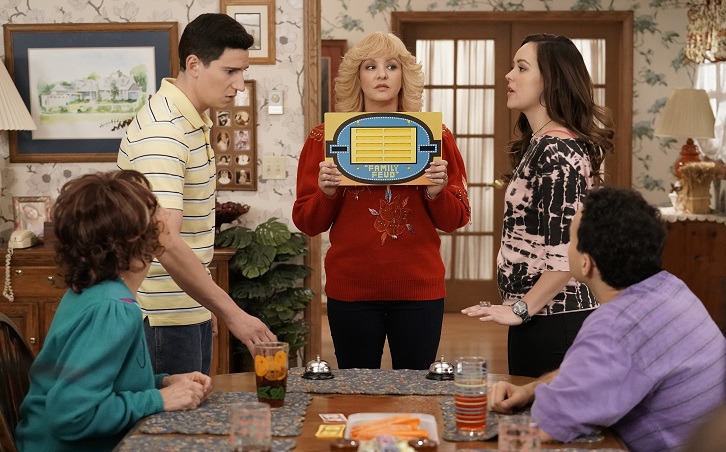 The Goldbergs is ABC’s heartwarming family sitcom that relives the nostalgia of the 80s. Inspired by Adam Goldberg’s childhood, the series follows the eponymous family and brings back memories of the decade, which gave us ‘The Ghostbusters’, ‘The Karate Kid’ and ‘REO Speedwagon’, to name a few.

Patton Oswalt, who voices the adult Adam Goldberg narrates in the show: “This is how I remember the 80s. There were no parenting blogs or peanut allergies. Just a whole lot of crazy.” Yes, the story is about Murray and Beverly Goldberg, residing in a typical American suburb during the eighties with their three kids.

Most of the antics are centered around this endearing clan, where the members have their differences but they love one another. While the dad is strict, the mom is so affectionate that she often surpasses the boundaries set by her offsprings. We meet Erica, who spends her time on the phone and wants a car, whereas Barry is too emotional. Adam, the youngest, is navigating his growing-up years and harbors multiple crushes.

Similar to the concepts of ‘Modern Family‘ and ‘The Middle‘, ‘The Goldbergs’ has managed to be on the list of ABC’s most-watched shows. No wonder, it has spanned seven remarkable seasons with the 7th installment currently on-air. It premiered on September 25, 2019, and then went on a mid-season break after airing its 10th episode on December 11, 2019.

The season then made a much-awaited comeback with its 11th episode on January 15, 2020. Now, with episode 11 done and dusted, you must be wondering about the details of the next episode. Read on to know all about ‘The Goldbergs’ season 7 episode 12.

The Goldbergs Season 7 Episode 12 Release Date: When will it premiere?

The official description for the 12th episode goes as follows: “Geoff struggles to keep his living arrangement with Erica and Barry a secret from Beverly during game night, while Adam goes to his guidance teacher for a lesson in being cool so he can get closer to a new girl in chemistry class.”

Where to Watch The Goldbergs Season 7 Episode 12 Online?

With a cable subscription, you can catch all the episodes of The Goldbergs as and when they air on ABC at the aforementioned time slot. Otherwise, all the released episodes are also available on ABC’s official website.

Live-streaming options include subscribing to any of the following channels – YouTube TV, DirecTV, Philo TV, and Fubo TV. All of the released seasons can also be watched on Hulu or purchased on Amazon Prime Video.

Episode 11, titled Pickleball, continues after the events in episode 10. The 10th episode follows Beverly as she organizes a Goldbergs Christmas card family photoshoot and aims to outdo the Kremps. But the entire plan ends in disaster. Geoff is excited about the event but dejected when he learns that Erica doesn’t want him to be a part of the photo.

Erica, however, later books a photoshoot only for the two of them. Meanwhile, the JTP is frustrated with Barry’s frequent pranks, with the latter plotting another massive prank. As a result, Johnny Atkins recruits someone else in his place.

Episode 12 begins by following the Goldbergs as they face another set of familial adventures. Beverly comes to know that Murray is actually a year younger than they thought and hence, she plans a “do-over at celebrating his 50th birthday”. On the other hand, Coach Mellor preps up Adam, who has no athletic skills, to participate in the tryouts for pickleball.