When Will The Good Doctor Season 3 Premiere on ABC? 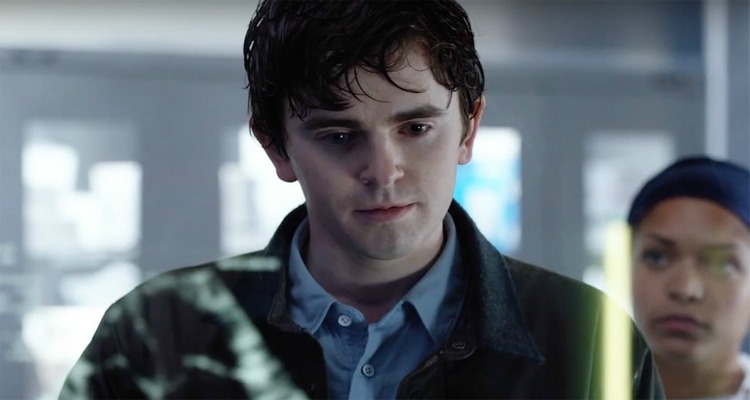 ‘The Good Doctor’ is an American medical drama television series based on the 2013 award-winning South Korean series ‘Good Doctor’ by Park Jae-bum. The series airs on ABC and first premiered on September 25, 2017. The show was first noticed by Daniel Dae Kim, known for his role in ‘Hawaii Five-O‘, and he bought the rights for the show with his production company. He began work on the American version of the series and pitched it to CBS in 2015. However, the network decided against the show, but Kim was determined, and later brought on David Shore of ‘Sneaky Pete’ and ‘House’ fame to act as the creator. Eventually, ABC decided to pick up the show.

The show centers around an autistic savant surgical resident employed at San Jose St. Bonaventure Hospital. Despite his own problems, the doctor goes above and beyond in his field of work, saving lives, serving as an inspiration for all. The series has attracted fans from all over, especially people who in their own ways sympathize or empathize with the condition of autism. The show has had two successful seasons so far and is currently in its third season. Here’s everything we know about ‘The Good Doctor’ Season 3.

The Good Doctor Season 3 Episode 11 Release Date: When will it premiere?

As far as the future of the show goes, fans should rest be assured that ABC might not be looking at cancelling the show anytime soon. ‘The Good Doctor’ is one of the better performing shows on the network with millions of fan following.

The Good Doctor Cast: Who is in it?

The cast of ‘The Good Doctor’ is led by Freddie Highmore as Shaun Murphy, a young savant autistic surgical resident at San Jose St. Bonaventure Hospital. He has a nearly photographic memory and is able to note minute details and changes. Notably, Highmore’s performance over the seasons has been astonishing, and has not only earned praise from the critics but has also won him a nomination for the best actor category at the Golden Globe Awards.

Antonia Thomas appears as Claire Brown, a fellow surgical resident, who is known for her empathy and forms a close relationship with Shaun. Nicholas Gonzalez plays the role of Dr. Neil Melendez who is in charge of the surgical residents. Beau Garrett appears as Jessica Preston, the in-house attorney for the hospital. Hill Harper plays Dr. Marcus Andrews, the President of the San Jose St. Bonaventure Hospital. Richard Schiff plays the role of Dr. Aaron Glassman who has been a good mentor to Shaun since he was 14, and Tamlyn Tomita stars as Allegra Aoki, the Chairwoman of the San Jose St. Bonaventure Hospital Board, in the show.

In season 3, we see most of the main cast return, although the series is not averse to changing up the main cast, as doctors often leave hospitals and new ones join.

The Good Doctor Plot: What is it about?

‘The Good Doctor’ follows Shaun Murphy, a young surgeon with autism and savant syndrome from the mid-size city of Casper, Wyoming, where he had a troubled childhood. He relocates to San Jose, California, to work at the prestigious San Jose St. Bonaventure Hospital.

In Season 2 of the show we see Shaun deftly treating several different types of patients, from a homeless guy to hospital janitor. He continues to face challenges with his brilliance and generosity. Just like in season 1, we see Shaun getting into conflicts with other hospital staff in the second season as well. Towards the end of season, we witness how Dr. Jackson Han, the new chief of surgery, tries to keep Shaun out of the operating room permanently because he believes him to be more of a liability than an asset.

Season 3 continued to focus on medical and relationship challenges of surgical residents at San Jose St. Bonaventure Hospital. Though it is expected that the show might turn its focus on Shaun’s quest to find love for himself, which will be a stark departure from how the show has played till now. Nonetheless, it will be interesting to see how Shaun tackles this new challenge.

Should You Watch ‘The Good Doctor’?

The series deftly fills the genre of medical shows, which deal less with medicine and more with drama that goes on in the hospitals. However, this series stands apart from the rest, as it goes on to show brilliance of an autistic doctor. Most importantly, the show gets the details of autism correct, ensuring that the portrayal is not only sensitive but also comes across as resonant to those within the community.

On the website Autism Speaks, it has been mentioned, “The Good Doctor does a fine job of navigating this razor’s edge. Several characteristics that can accompany an autism diagnosis such as social awkwardness, lack of eye contact, playing with his hands during stressful situations. Freddie’s take will resonate with many in the community.”

The episodes are mostly formulaic, wherein a new patient who needs saving is brought in, and the doctors try their best, while also romancing each other. Shaun is often chastised for his erratic behaviors but ultimately ends up being the hero who saves the day.

The series does not shy away from sentimentality, and that is something that appeals to the fans. However, what is most remarkable about the show is the message of acceptance and the celebration of people who might often be marginalized and mistreated in society, that is, autistic people. Autism is rather common, but it often results in the person with the problem being ridiculed. ‘The Good Doctor’ attempts to turn that around, showing how human and how brilliant they can be.

What has struck a chord with the fans, has, however, not gone down too well with the critics. Those who have to objectively judge the show, stripping it of its sentimental value, have been not too pleased with they have seen. As a result, there have been several comparisons drawn to shows like ‘Grey’s Anatomy‘. However, this series holds its own unique spot, and hopefully, in the upcoming seasons, it will continue in a similar way, and we will see our good doctor save more lives, as we get to know about his past and childhood a little better.

Check out the teaser trailer of season 3 below.

Haunting of Hill House S02: Everything We Know

When Will ‘Lucifer’ Return on Netflix?