Is ‘The Good Liar’ Based on a True Story? 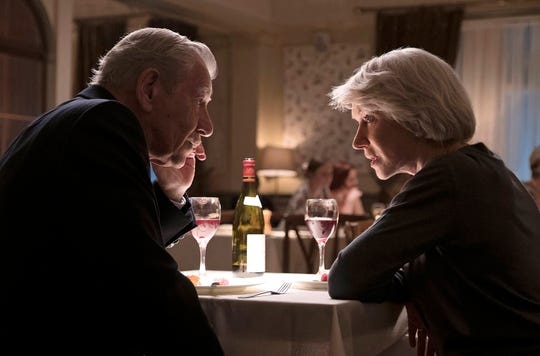 ‘The Good Liar’ is an action thriller starring two acting legends, Ian McKellen and Hellen Mirren. The film is tightly written with suspenseful drama that reminds of an Alfred Hitchcock movie. The lead actors’ performance is also genuine and charming. Given their stature, it’s hardly surprising.

For an industry that is biased towards young people, a thriller starring relatively aged actors and characters is not only rare, but also gets labelled with the perception of not being as quickly paced and fun as others. However, ‘The Good Liar’ has proven to be an exceptional exception to that perception.

British actor, Sir Ian McKellen plays the role of Roy Courtnay, an experienced con-artist and carries out his role with finesse. A winner of the Tony Award, a Golden Globe, two Saturn Awards and six Laurence Oliver Awards among several others. He has also been nominated for the Oscar twice and the Primetime Emmy Award five times. Regarded as one of the best actors of all time and a British cultural icon, McKellen was knighted in 1991. He has had a long and impressive career as a theatre and film actor. Some of the roles he is known for include the wizard, Gandalf in the ‘Lord of the Rings’ franchise, Magneto in the ‘X-Men’ series and King Richard in ‘Richard III.’

Sharing screen space with McKellen is the equally talented English actress, Helen Mirren. Playing Betty McLeish, a wealthy widow, Mirren’s character becomes the target of Roy McCourtnay in this tale of deception as the latter tries to woo her so that he can trick her for her large fortune. Like Sir Ian McKellen, Helen Mirren is also an established theatre actor and started her acting career working for the Royal Shakespeare Company. She has received the Academy Award for Best Actress for the movie, ‘Queen Elizabeth II,’ a Tony Award and the Oliver award. Some of the more renowned movies that the actress has been a part of include ‘Hobbs & Shaw.’ ‘The Hundred-Foot Journey’ and the movie ‘Red’ along with its sequel.

Is ‘The Good Liar’ based on a true story?

The short answer is no. However, the story was inspired by a real event in a person’s life. ‘The Good Liar’ is based on a novel of the same name by the author, Nicholas Searle. The novel takes place over nearly a hundred years as it chronicles the life of Roy Courtnay and ends with his plan of cheating McLeish for her money.

Most of the novel is fictional which makes sense, given the shocking twists and turns it takes. However, Nicholas Searle has revealed how the idea for the story appeared after a real-life incident. It was when Searle found out that one of his distant relatives had started a serious relationship with a man that she met through an online dating service. In the story, Courtnay and McLeish get acquainted to each other through an online dating service too.

Moreover, Searle recalls not having liked his relative’s partner too much. The author had noticed how the man lied repeatedly despite being a poor liar. In fact, Searle also says how each of his lies were very easy to catch. Hence, this person provided the initial impetus for Searle’s story. The character of Betty McLeish, it must be noted, is not based on Searle’s relative.

When Searle began writing the novel, he also got the opportunity to interact with the children of his relative’s parents. All of them, Searle has reminisced, told plenty of stories about the man’s apparently illustrious life. This seemed to further prove the writer’s suspicion of the man. However, it is only the first chapter of the novel that is somewhat inspired by this person. The story of Roy McCourtnay, like Betty McLeish’s is nowhere close to that of real people. After the initial idea, Searle imagined the rest of the plot himself.

‘The Good Liar’ has been praised for its lyrical prose and an inventive structure. The story of McCourtnay and McLeish’s romance and the former’s plan are written in the present tense while flashbacks and background stories are written in the past tense. The author chose to do that consciously in order to create a distinction between the two narratives that take place parallelly in the novel. Moreover, writing in the past tense for forward inclined narratives also adds tension by providing a suspenseful feeling of not knowing what is going to happen next.