Will There be More of ‘The Good Place’? 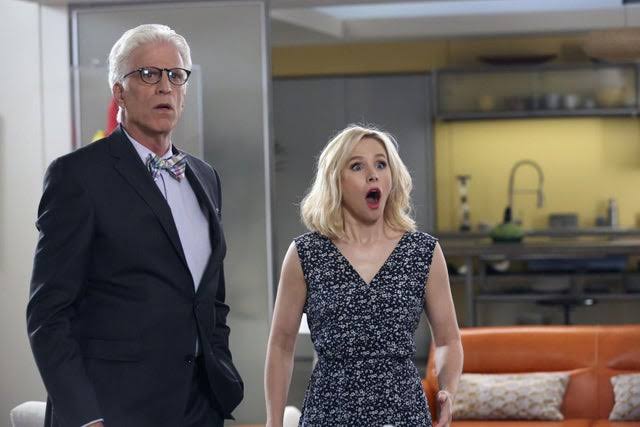 NBC’s afterlife comedy, ‘The Good Place’, created by Michael Schur, stars Kristen Bell as the protagonist Eleanor Shellstrop. After Eleanor’s death, she wakes up in a divine, heaven-like utopia, created by Michael (Ted Danson). It seems this is her reward for leading a righteous life during her days as a human on earth.

But here is the thing. Eleanor had been sent here by mistake. She is not the perfect person that she has been made out to be. Now, in order to prevent herself from being banished from the “The Good Place”, she must conceal her wrongdoings from the past. Along the way, she also learns how she can progress to be a better and morally ethical person.

Alongside Bell, the other actors of ‘The Good Place’ consist of William Jackson Harper, Jameela Jamil, Manny Jacinto, and D’Arcy Carden. With a star-studded cast and an impeccable storyline, the series has received rave reviews from fans and critics alike, especially for its script, performance, originality, setting, and tone.

The critical consensus on Rotten Tomatoes for season 3 of this Peabody Award and Hugo Award winner says: “Charming and curious as ever, The Good Place remains a delightfully insightful bright spot on the television landscape.” The fourth season garnered a rating of 100% with the critical consensus reading, “A wild philosophical ride to the very end, The Good Place brings it home with a forking good season.”

Well, no wonder, the show has spanned four remarkable seasons to date. Now the question is, will there be a ‘The Good Place’ season 5? Let’s find out.

‘The Good Place’ season 4 premiered on September 26, 2019, on NBC. After airing for 14 episodes, it wrapped up on January 30, 2020. All of its previous seasons are also available on Netflix.

Creator and executive producer Michael Schur announced in June 2019 during the Television Academy in North Hollywood that the fourth season would be the last installment from the critically acclaimed comedy.

He stated: “After The Good Place was picked up for season two, the writing staff and I began to map out, as best we could, the trajectory of the show. Given the ideas, we wanted to explore, and the pace at which we wanted to present those ideas, I began to feel like four seasons – just over 50 episodes – was the right lifespan” — Deadline reported.

He also added: “At the end of the day, we don’t want to tread water just because the water is so warm and pleasant. As such, the upcoming fourth season will be our last.”

The decision to end the show was a creative one. Hence, although we can officially say that ‘The Good Place’ season 5 stands cancelled, it has actually concluded with its storyline. NBC would have loved to get more seasons since it was one of the most-watched shows on the platform. But all good things must come to an end. And we are grateful to the team for coming up with an incredible, close-ended series that will be remembered by generations for years to come.