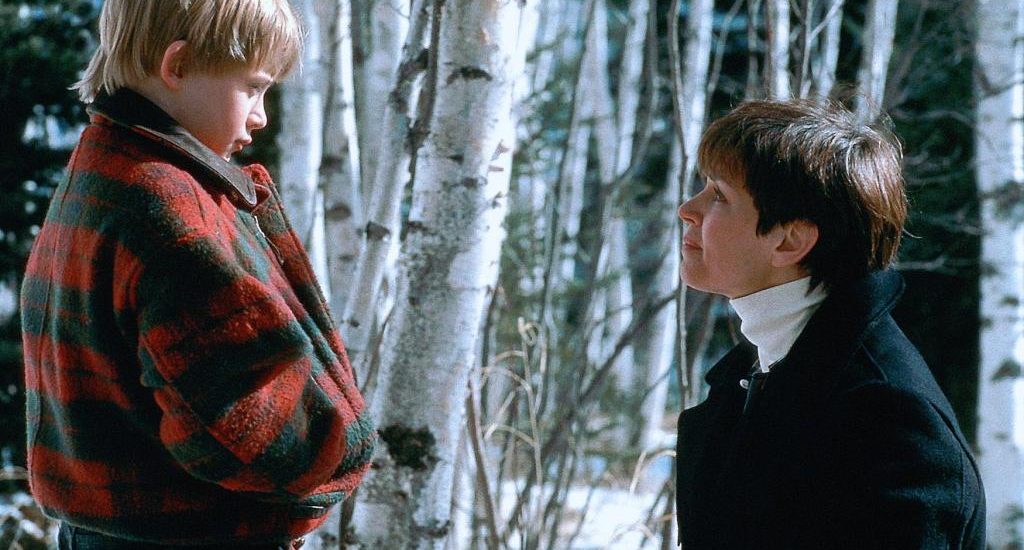 Joseph Ruben’s (‘Sleeping with the Enemy’) 1993 psychological thriller ‘The Good Son’ is a beautifully-shot and deeply-unsettling film. Starring two of the most prominent child actors of the time, Macaulay Culkin and Elijah Wood, it is about the nature of evil and how looks can often be deceiving. Culkin’s angelic face juxtaposes the evil that is hiding within his character. Most of the film is set in a scenic port town of Maine, which, as it harbors a future serial killer, serves as a perfect metaphor for the movie’s primary antagonist. SPOILERS AHEAD!

The film opens with the death of Mark’s (Wood) mother (Ashley Crow). His father, Jack (David Morse), decides to go to Japan for a business deal that will settle him and his son for life. So, he travels across 11 states to put Mark in the care of Jack’s brother Wallace (Daniel Hugh Kelly) and his wife Susan (Wendy Crewson) for a couple of weeks. Mark is struck by how closely his aunt resembles his mother, although they are not apparently related. He meets his two cousins, Henry (Culkin) and Connie (Quinn Culkin). 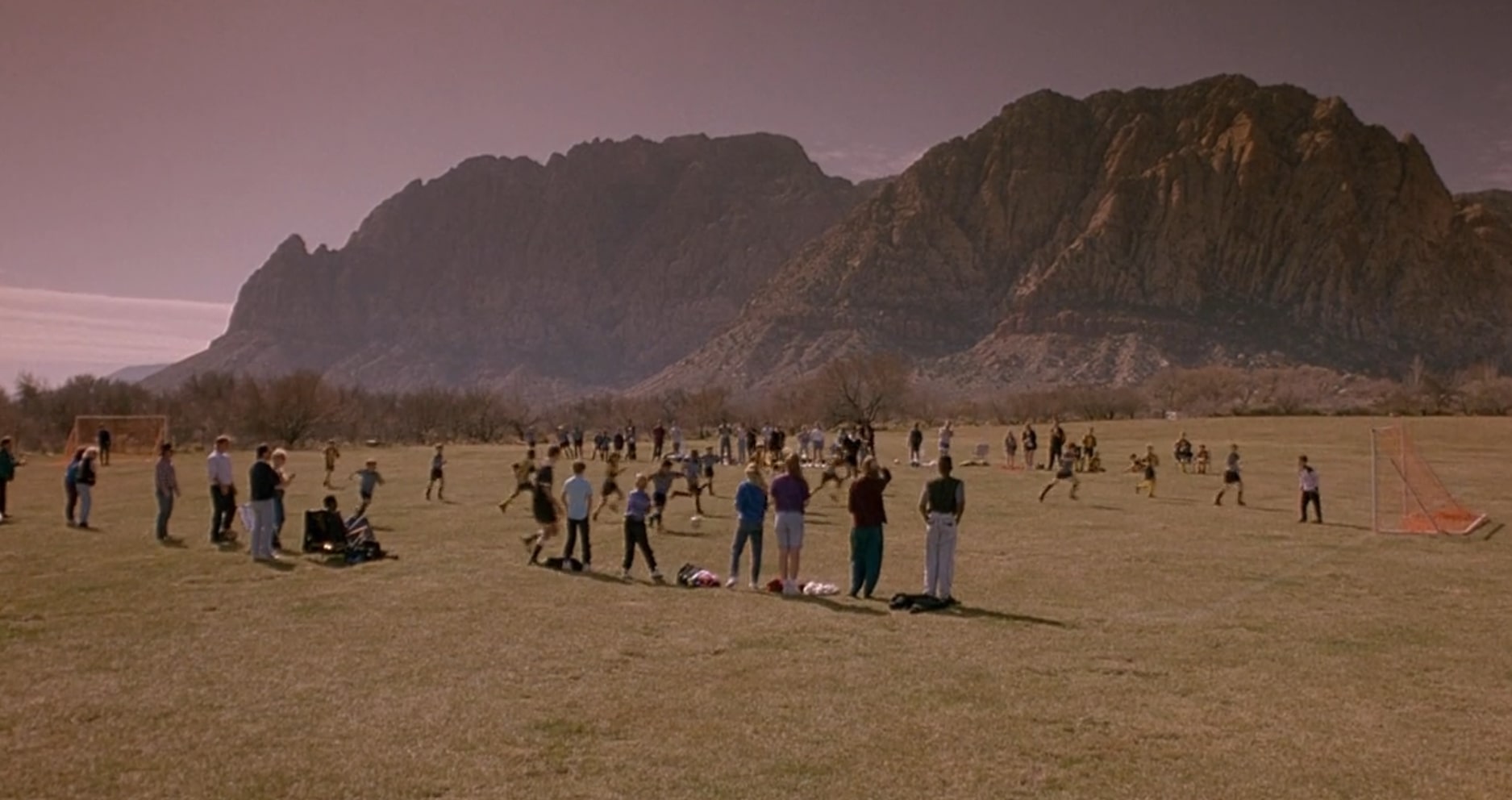 Henry and Mark are of the same age, and by spending time with the other boy, Mark starts returning to his usual, happy self. But then he begins realizing that something is deeply wrong with Henry. He seems to have a macabre fascination with death, and continues to ask Mark, pointed questions about how his mother died. Henry also divulges several disturbing details about the death of his own brother, Richard (Rory Culkin). 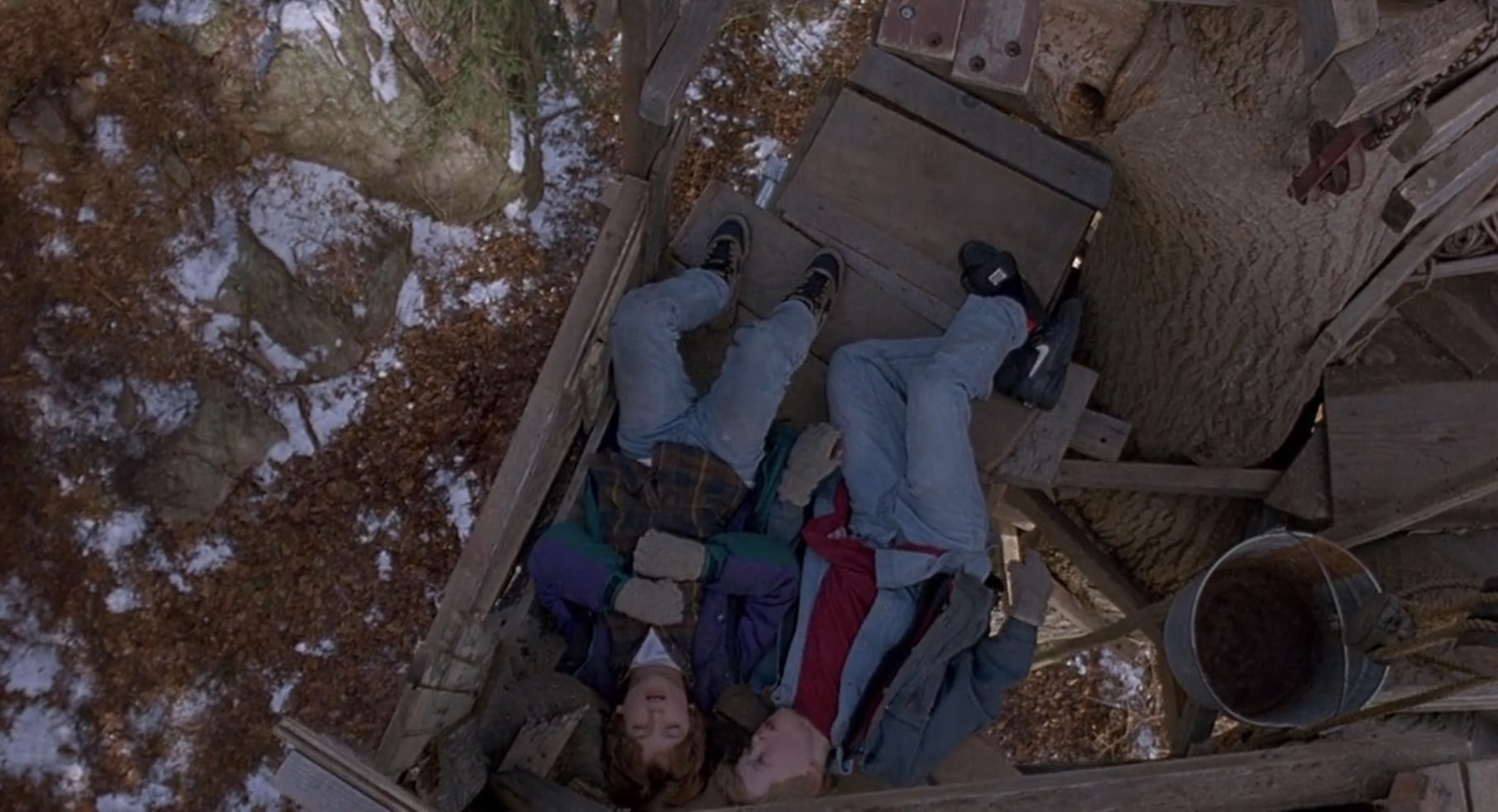 When the adults are not watching, Henry starts showing psychotic tendencies around Mark. He kills a dog with a Ballista-type weapon and dumps its body into a well. Later, Henry causes a massive highway accident by throwing a human form off a bridge. He ensures Mark’s silence by making him complicit in each of his actions. When Henry tries to kill Connie by drowning her in a frozen pond, Mark decides to speak to his aunt about it.

While Susan initially doesn’t believe him, she does become suspicious of her son. Henry carefully manipulates others into believing that it is Mark, and not him, who is displaying psychotic tendencies. This leads to Wallace locking Mark in a room. Ultimately, Susan confronts Henry, demanding to know if he killed Richard. Seeing them heading towards the cliff, Mark becomes worried for Susan. He manages to get away from Wallace and runs after Susan and Henry.

The climax of the film takes place on a cliff. Susan is understandably upset after learning that her one son killed the other. She is devastated and heartbroken but doesn’t let those emotions lead her to mindless anger. Instead, she tries to understand Henry and tells him that he needs help. But her soothing words seem to have the opposite effect than what she intended. Henry realizes that his mother is planning to institutionalize him. 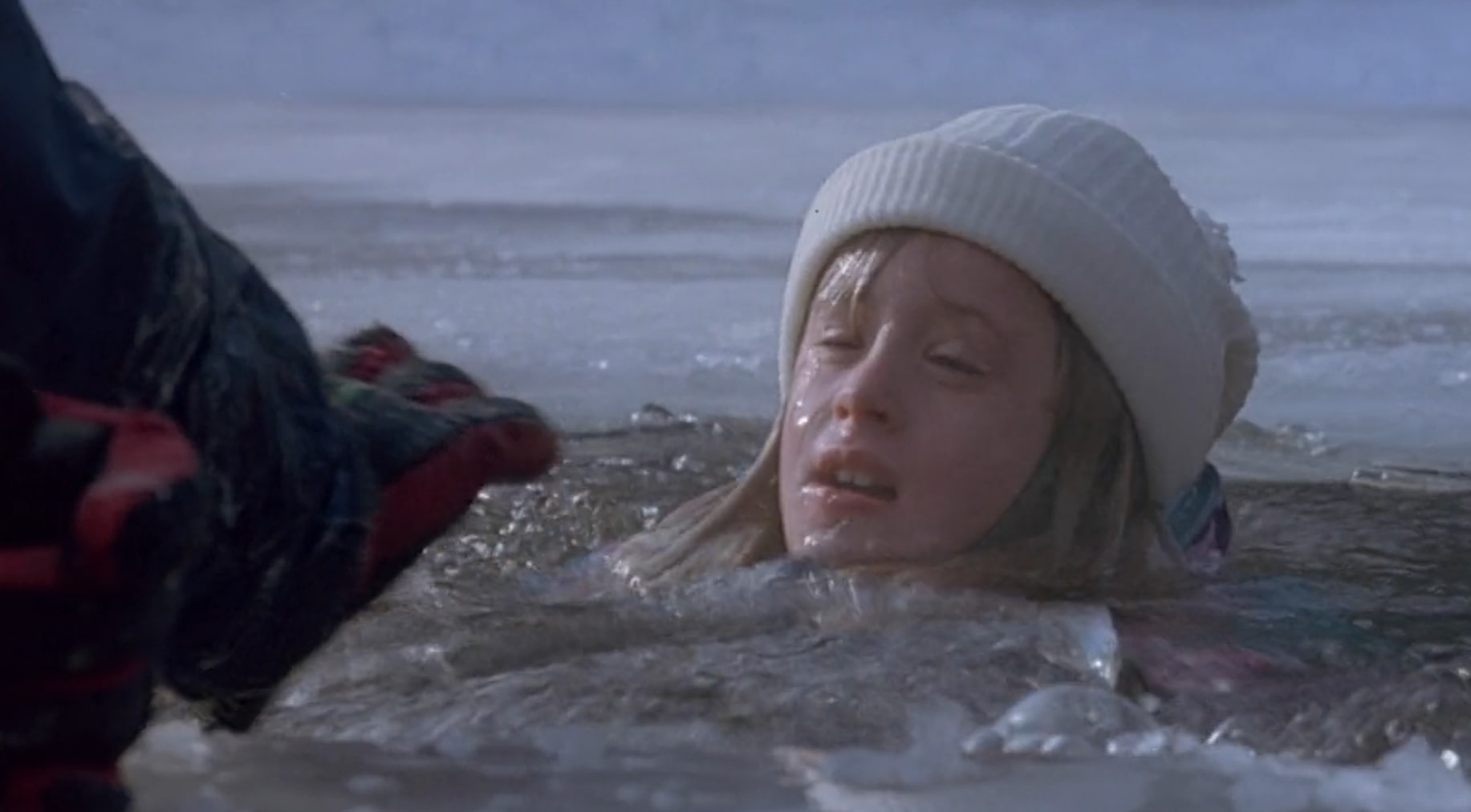 So he leads Susan to the seaside cliff and pushes her off it, but she manages to cling to the edge. Henry picks up a rock and is about to drop it on his mother when Mark arrives. They fight and end up tumbling over the cliff together. After Susan pulls herself up, she at first tries to save both the boys. Even at that moment, Henry’s calculating mind is working. He keeps reminding her that he is her son and demands that she let Mark fall and pull him up. 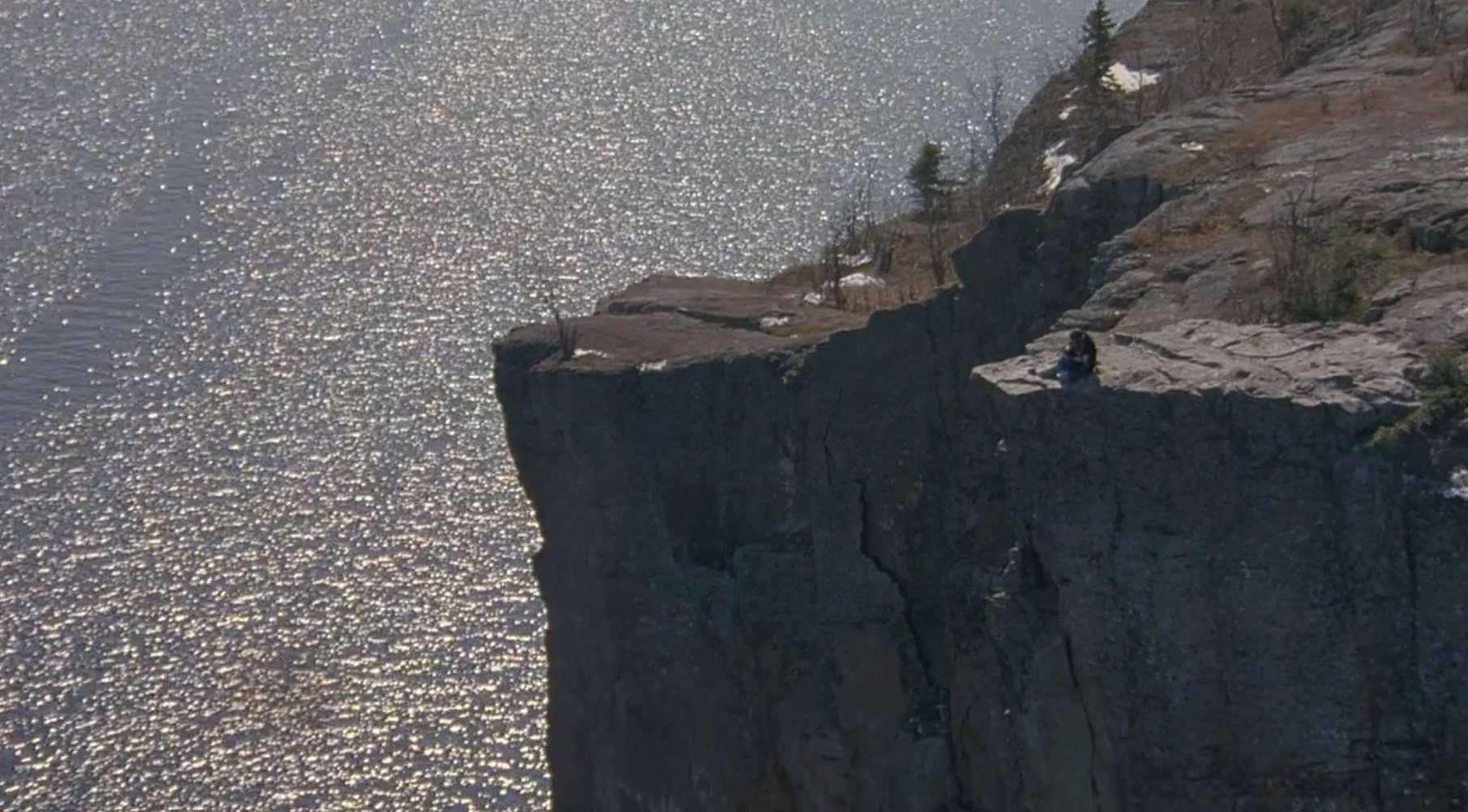 These moments finally make Susan see that her son truly is a monster, and she makes a choice that will likely haunt her for the rest of her life. But at the same time, it is a choice for the greater good. If Susan did what Henry was asking her to do and let Mark fall and pull him up, her son would have survived. Henry would have grown up and become a raging psychopath or a mass murderer. Therefore, Susan’s actions on the cliff possibly saved several lives.

Before her death, Mark’s mother Janice tells him that she will always be with him. Young as he is, Mark takes this quite literally. And after meeting Susan, his beliefs are affirmed that his mother has come back to him. For her part, Susan gladly accepts this, hoping to help this motherless child find his way back to his happiness. But when Mark tries to tell her that Henry was attempting to kill Connie, she immediately reminds him that Henry is her son. The accompanying slap must have hurt Mark, both physically and emotionally, and forces him to retreat into a cocoon of despair. 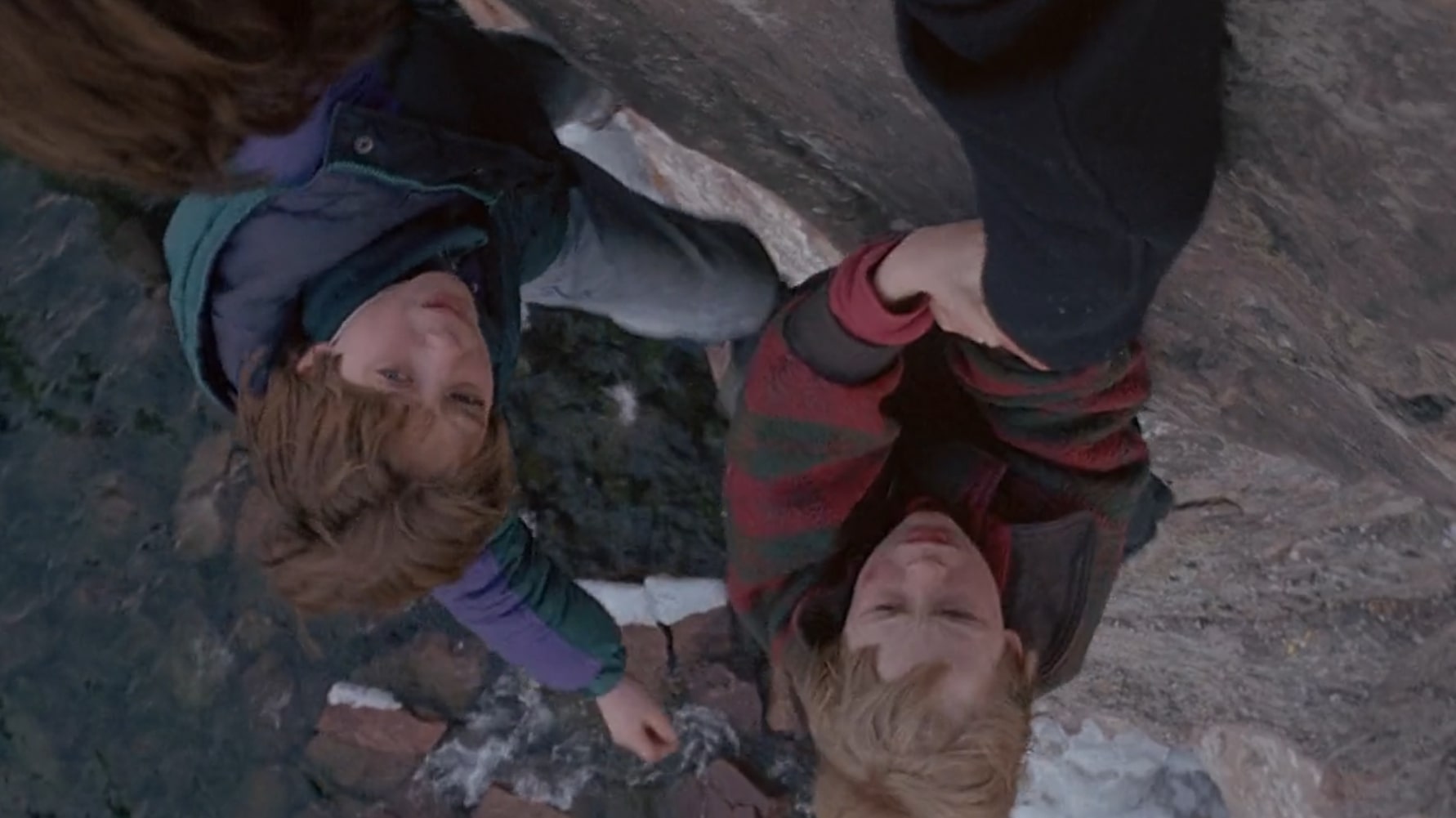 However, that doesn’t prevent him from coming to Susan’s rescue when he senses that her life is in danger. In the closing scenes, we learn that Mark has returned home. He remembers the choice that Susan made on the cliff on that day and wonders whether she would make the same choice if she had to do it all over again. Mark reveals to the audience that he will always be curious but never speak to her about it. While it might have been a purposeful choice on Susan’s part to save Mark and not Henry, the temptation would be too big if she has to go through those moments again. 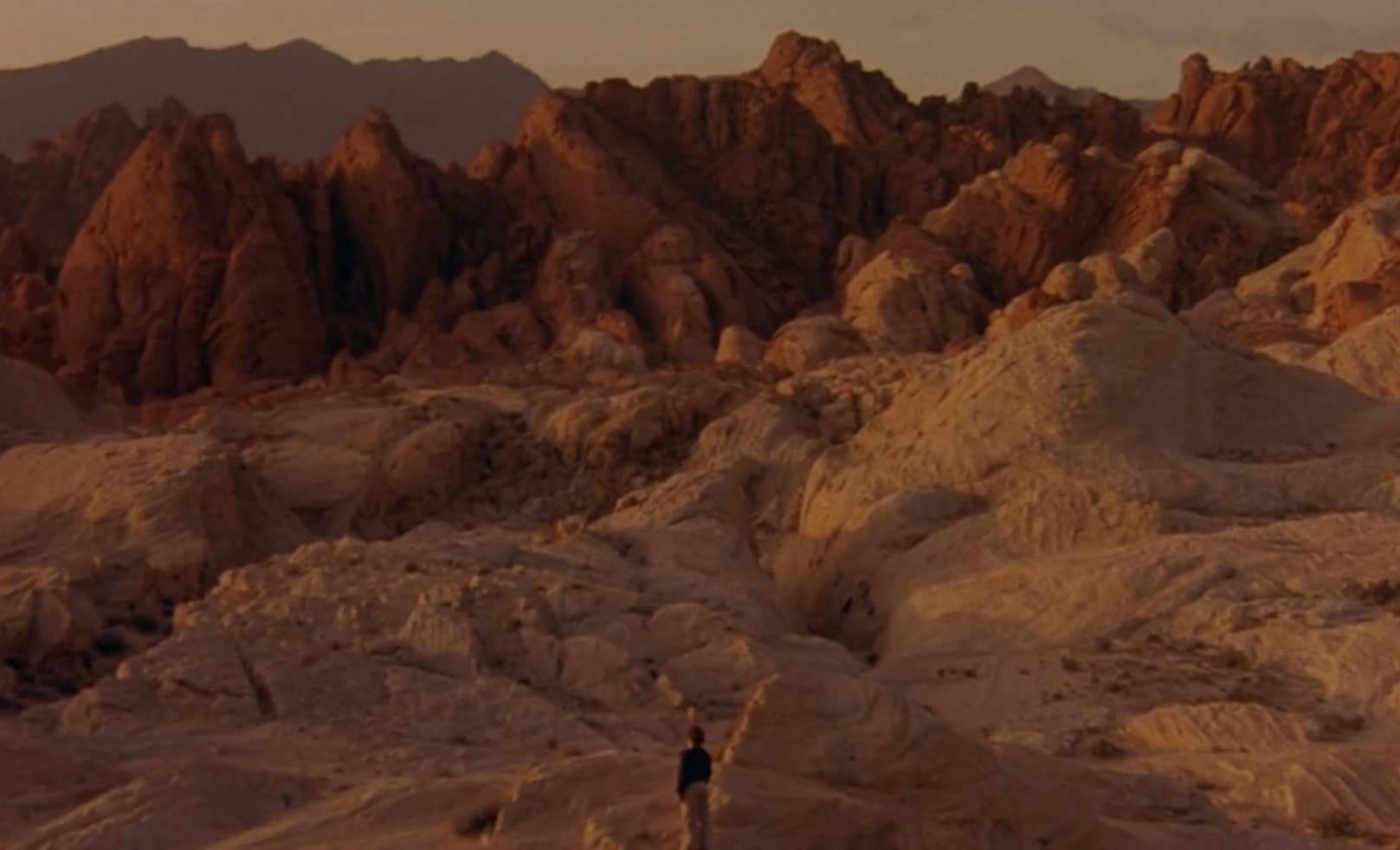 Parents are hardwired to overlook their children’s shortcomings. At the start of the film, both Wallace and Susan are blissfully unaware that their son doesn’t have a basic sense of morality. The truly dangerous aspect of Henry’s psychopathy is his complete awareness of the ramifications of his actions. He takes pleasure in causing suffering and misery to other people. For Henry, death is a treasure trove of mysteries that needs to be explored.