“Just ‘cause something isn’t proven, doesn’t mean it doesn’t work”, says a medical practitioner (one of the only ones the show features) in an episode on energy healing. The statement aptly sums up what Gwyneth Paltrow‘s ‘The Goop Lab’ tries to achieve. Of course, there is so much that exists outside the realm of science. Things that cannot yet be explained. But science is ever evolving, and one needs to know how to push its boundaries. ‘The Goob Lab’ does precisely this when it taps into diverse topics that range from psychedelic therapy to female pleasure to mediumship. The docuseries explores these by having the “Goopers”; the lab’s own young, fairly attractive and diverse staff members, physically experiment with the concepts.

However, the hubris of ‘The Goop Lab’ lies in the way it shows us only the side of the story it wants us to see. It remains biased in its approach to these concepts, turning the docuseries into a six part infomercial. But the kind that feeds us incomplete information. Having said that, Paltrow’s efforts with the lab and the content the docuseries explores is commendable, deeply empathetic, and also in ways, revolutionary. But we’ll get to that later. 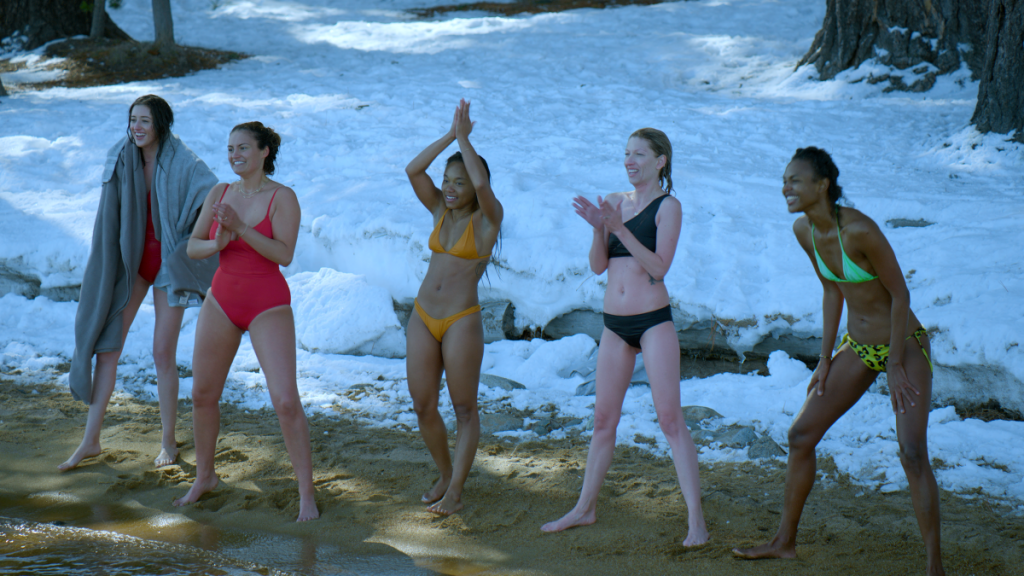 The first episode, “The Healing Trip” centres around psychedelic therapy and the effect it has had particularly on the treatment of PTSD and anxiety related problems. It particularly focuses on the therapeutic role of psilocybin (magic mushrooms) and MDMA. The episode takes the Goopers to Jamaica, who undergo psychedelic psychotherapy under the guidance of facilitators and therapists.

“Cold Comfort” introduces us to Wim Hof, the “Ice Man” who works with a method which makes use of breathing exercises and cold exposure to build a psychological and physiological resistance to stress stimuli in our environment. The episode takes the Goopers to the snowy Lake Tahoe, where they do “snowga” and swim in the ice-cold lake.

The third episode, “The Pleasure is Ours” focuses on the female pleasure. It introduces us to sex-educator, Betty Dodson, and her work in the field of female sexuality, particularly, female orgasms. The episode explores the issues of our culture when it comes to female pleasure, and the shame associated with it. While at the same time, it suggests ways to overcome these, providing a realistic take on vulvas and pleasure.

The fourth episode explores the roles of nutrition and genetics in aging; how one can potentially reduce their “biological age”. It has Gwyneth, Elise and Wendy undertaking three different types of diets, that include fasting, veganism, and a pescatarian diet. It also looks at different kinds of facial treatments that ranged from acupuncture to “Vampire facial”.

The fifth episode introduces us John Amaral and his energy healing techniques. It explores the human energy field, and how emotional pain gets stored in our cells. Among other things, it focuses on the role fascia, the connective tissues in energy healing. The final episode sheds light on the concepts of mediumship and psychic energy. It takes us to Laura Lynne Jackson who conducts a workshop for the Goopers. The episode explores the concept of connecting with the consciousness that has left the physical body. 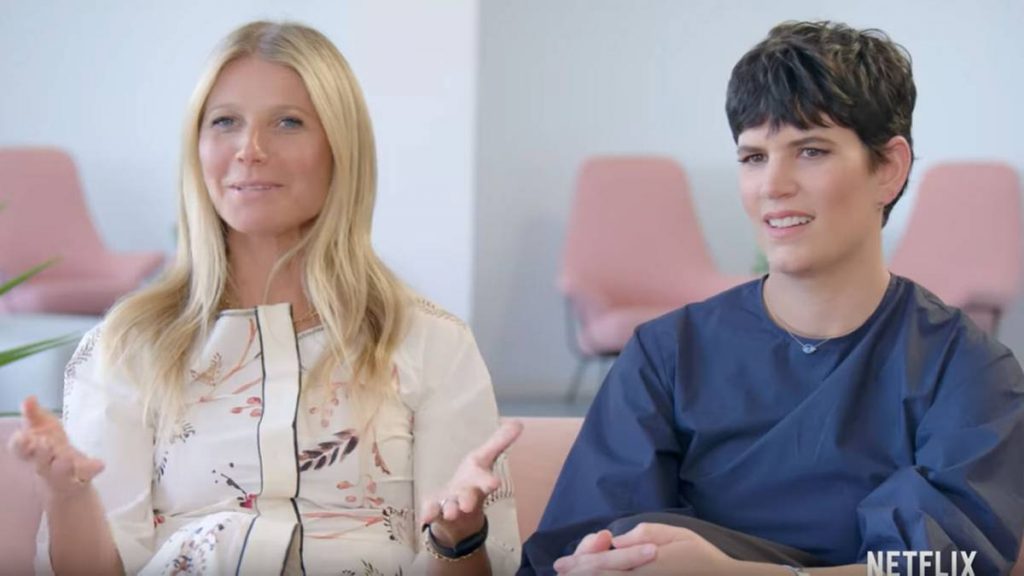 When Laura in the final episode tells us the Goopers to keep an “open mind”, Paltrow probably wishes the same from her audience. ‘The Goop Lab’ attempts to provide alternatives that will allow, as Paltrow says in the beginning of the episode, “the optimization of self”. It does highlight the key concerns faced by our society in the current times. It also explores how subjective these issues can be. But ‘The Goop Lab’ remains in faulty in its process when it suggests their solutions.

Despite the criticism Paltrow’s brand has faced over the years, one can inevitably see where its charm lies. Early on in the series, one of the guests quite aptly says, “As a culture, we’re hungry for something to help us heal”. This is, of course, the harsh reality of our times, with the increasing number of mental health issues, trauma, and pain that our people experience.

Pharmaceutical medication remains tricky till date, and therapies haven’t always had the best results. In times like these, ‘The Goop Lab’ fulfills the curiosity of “what else?” and offers us an alternative that would impact us on both an emotional and spiritual plane. However, one cannot help but think of how Goop also monetizes on these “solutions”. Is it after all not a capitalist lifestyle brand? That itself raises questions on its ethics.

Despite it providing alternatives, it is ultimately also praising unregulated theories, a lot of which are mere hypotheses. It obviously warns its viewers before each episode that “the series is designed to entertain and inform – not provide medical advice”.  But with seriousness of the issues relating to one’s mental health, any unregulated theory that could potentially influence millions, can prove to be highly irresponsible. ‘The Goop Lab’ remains uncritical to these theories, which proves to be its greatest flaw. That, and of course, the lack of medical practitioners and medical evidence it incorporates when it looks at the alternatives.

At the same time, there is no denying that the methods and theories mentioned in the series have worked for certain people. ‘The Goop Lab’ certainly also has several redeeming qualities. For one, it looks at the growing general dissatisfaction, frustration and trauma that feels the minds of the people in our society. It is also deeply empathetic and open-minded when it looks at the different issues and their solutions.

But, if there is one episode where ‘The Goop Lab’ strikes gold, it is ‘The Pleasure is Ours’. The episode touches on several crucial issues relating to female sexuality and female pleasure. With some help from Betty Dodson, it manages to break myths on the female anatomy and the stigma associated with sex for women.

There is also a scene showing a series of vulvas of real women, in their different shapes, colours, and size. This proves to be significant due to the lack of knowledge women have on their own bodies. In fact, the docuseries becomes quietly revolutionary in the way it empowers women by providing them with knowledge about their own vulvas. To sum it up, ‘The Goop Lab’ is at best fascinating and informative, and at worst, absolutely preposterous.