The Half of It Ending, Explained

If you love watching teen romance movies, then Netflix’s ‘The Half Of It’ should be on the top of your list. It presents a fresh take on love triangles and pushes the meaning of love beyond infatuation and romance. It is a feel-good film that will brighten your day, especially with its ending, which is happy but in a very different way. If you haven’t seen the movie yet, head over to Netflix. SPOILERS AHEAD

Ellie Chu is a loner who spends most of her time with music and books. After her mother’s death, her father has receded into himself, leaving Ellie to take care of things around the house. To make some extra money, she writes assignments for others, which is what attracts Paul’s attention. He offers her some money to write a letter to a girl he likes. At first hesitant, Ellie agrees to it, and the whole affair transcends into something else entirely.

After Paul tries to kiss Ellie and Aster sees them, everything comes to a halt. Aster feels betrayed by both of them, and Paul realizes that Ellie likes Aster. He finds it difficult to accept her homosexuality and maintains a distance from her for a while. But, in time, he learns that love doesn’t work that way.

They reunite at the church, where Trig proposes to Aster in front of everyone. She says yes, but Paul intervenes, and then Ellie does too. Aster also comes to know that it was Ellie who had been writing those letters all along. She slaps Paul and leaves. Ellie goes home to find her father acting differently. He tells her to apply for college and not to get stuck in Squahamish for the rest of her life. In the final scene, she boards the train, and Paul bids her goodbye. Her father has come back to his job, which means he has also taken control of his life. As the train leaves the station, Paul runs with it to show his love for Ellie.

With Whom Does Aster End Up? 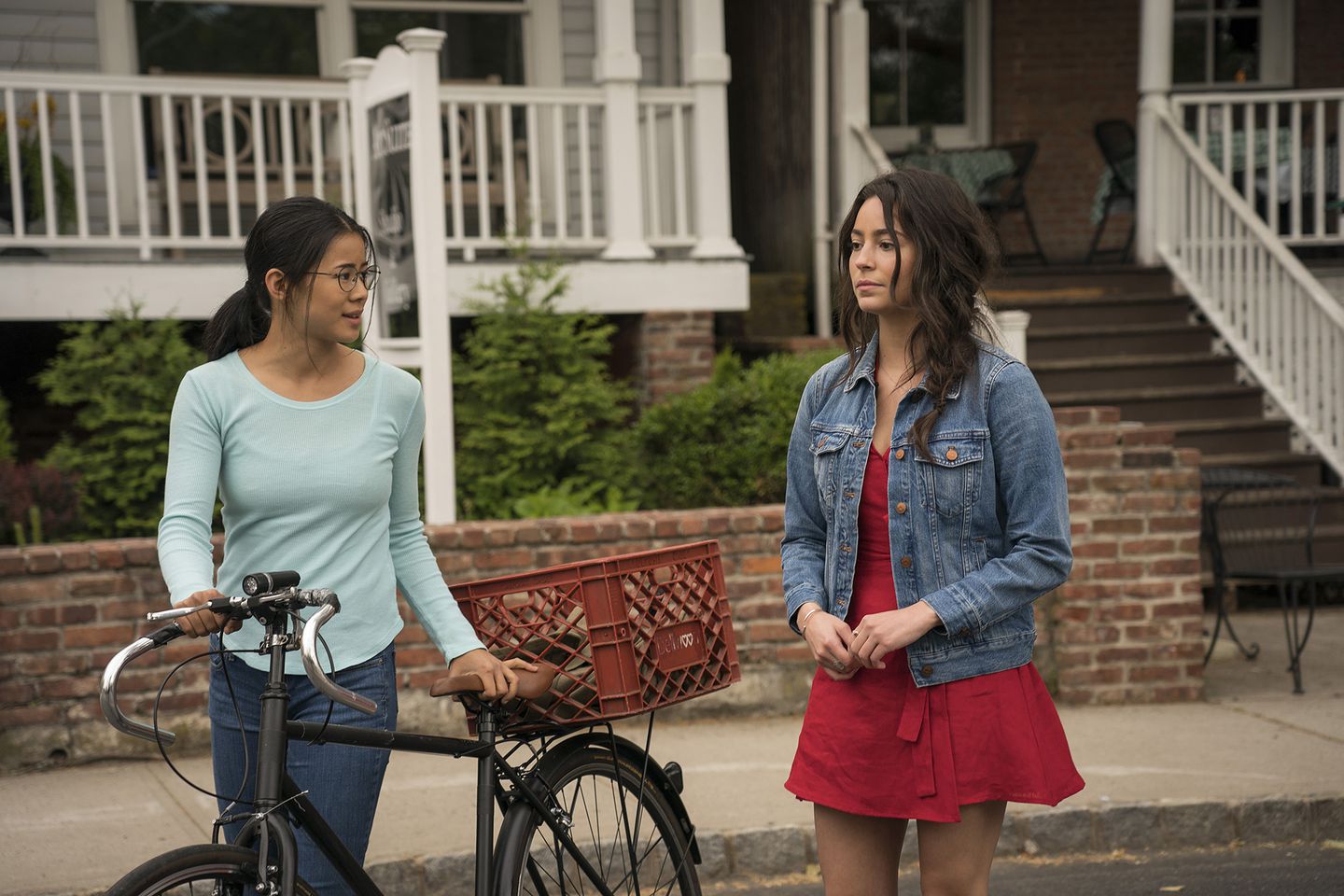 ‘The Half Of It’ had started as just another story where a boy tries to woo a girl with the help of an unpopular geek. As the conversations increase between the trio, all of them feel a shift in their feelings about each other, but most importantly, about themselves. Despite the differences in their backgrounds or their status in school, all of them share a common ground of feeling out of place. Ellie keeps to herself because of her introverted nature and also because she doesn’t find anyone with whom she can connect, with whom she can have a proper conversation.

She finds that with Aster, as they start writing letters to each other; and then with Paul, who becomes more than just a middle man between them. With Aster, she comes to terms with her sexuality, and in Paul, she finds a friendship that gives her a sense of completeness. At the beginning of the film, the question is who will end up with whom, which is what most teen rom-coms invest themselves in. By the end, we discover that it was all about the characters finding their completeness and self-worth within themselves, which, in turn, gives the story a wholesome meaning.

Now, Ellie is much more confident about what love means and what loving herself means. She takes the opportunity to get out of Squahamish, which she had been resisting for quite a while. Paul discovers that there are more forms of love than he had imagined, and none of them is wrong, as his faith led him to believe. In fact, in terms of loving others, he goes through a significant change. His story starts with loving a pretty and popular girl. He doesn’t know anything about Aster and who she is as a person, but still believes that he likes her.

As his friendship grows with Ellie, he falls in love with her, but then realizes that she is gay. His first reaction is of shock as well as contempt, but soon, he realizes that love doesn’t have to be just for romance. You should be able to love someone just the way they are, not the way you want them to be. While watching a Bollywood film, they had commented on the scene where the boy runs with the train for the girl. By the end, Paul knew that he could do the same for Ellie, even if their love did not share the same context.

Things change for Aster, as well. She was caught in the choice between Trig and Paul. Should she marry Trig even though she doesn’t love him or should she go with Paul, who seems to understand her better? She also finds herself strangely attracted to Ellie, though she is yet to confirm her own identity before jumping into that. By the end, she knows that she doesn’t have to choose between any of them. She chooses her art instead.

Read More: Netflix’s The Half Of It Filming Locations