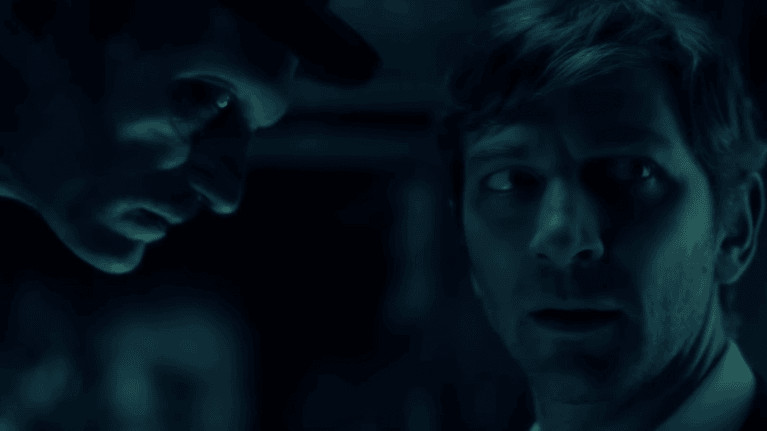 ‘The Haunting of Hill House’ is an American supernatural horror anthology web series that airs on Netflix. The show first premiered on October 12, 2018. This presentation is a resuscitation of Shirley Jackson’s 1959 novel of the same name. Jackson’s book was considered one of the finest works of Gothic fiction of her time. The series is also inspired by Henry James’ horror novella ‘The Turn of the Screw’.

The entire series has been supervised and created by Mike Flanagan, who has been in a prolific business partnership with the streaming giants. FlanaganFilm, Amblin Television, and Paramount Television are the companies backing the project, while Dan Kaplow is the producer. Meredith Averill, Darryl Frank, Justin Falvey, Trevor Macy, and Mike Flanagan are the executive producers of the show.

The show merges the past and the present seamlessly, telling the story of a family that must confront truths about themselves, their relationships with each other, and their haunting memories of their old home including the horrifying events that drove them out of it. As soon as the show released, it gained a solid fan base, with many raving on social media about how this show got the ghost story element just right while keeping the elements of a family drama intact as well. Critics too lauded the show, especially the direction and the performances, but also mentioning how some of the chilling sequences were bound to remain with the viewers.

The Haunting of Hill House Cast: Who is in it?

The main cast for ‘The Haunting of Hill House’ includes Michiel Huisman, who is famous for playing Daario Naharis in ‘Game of Thrones‘, in the role of Steven Crain, the eldest son of the family. In his adulthood, we see him as an author and someone who debunks supernatural experiences. Carla Gugino plays the role of Olivia Crain, the mother, who is among the most affected by the paranormal activities of Hill House along with her daughter Nell. Henry Thomas plays the role of Hugh Crain, the father, and Elizabeth Reaser appears in the role of Shirley Crain and owns a mortuary.

Kate Siegel plays the role of Theodora “Theo” Crain, a child psychologist, and the middle child of the family. She has psychic powers that let her access another person’s memories by touching them. Oliver Jackson-Cohen appears in the role of Luke, Nell’s older twin. He struggles with the memories of Hill House and has to fight a drug addiction problem because of it. Victoria Pedretti plays the role of Nell, the one who is most affected by the paranormal activities in the house. There are some other supporting characters, but what happens to the members of the Crain family is the chief focus of the show.

In the upcoming season, we are likely to see an entirely new cast, since there does not seem to be the possibility of this being an anthology series and the show maker has said, “The story of the Crain family is told. It’s done. I think that there are all sorts of different directions we could go in, with the house or with something completely different. I love the idea of an anthology as well. But to me, I felt like the Crains have been through enough, and we left them exactly as we all wanted to remember them, those of us who worked on it. We toyed with a cliffhanger ending and we toyed with other ideas, but ultimately, in the writers’ room and with the cast and everything else, we really felt like the story demanded a certain kind of closure from us and we were happy to close the book on that family.”

The Haunting of Hill House Plot: What is it about?

The main plot of ‘The Haunting of Hill House’ is centered around the Crain family, and the time they spent at Hill House, their experiences there, and how it shaped them as individuals, affecting their lives and relationships. The narrative structure waltzes between past and present, weaving the two together in a work of directorial brilliance, so we see how the family members eventually get around to confronting the true horrors of the house, leading up to the fateful night that finally drove them away from the place. Each episode is dedicated to each family member before the story culminates to a resolution in the present.

What stands out about the show is how it sets the premise right at the start. It has an extremely touching opening monologue, which sets the stage for the house to have a life of its own. In this regard, it keeps true to the Gothic tradition. The setting of Hill House is Gothic enough, especially in the present day shots, as it looks derelict and outright haunted. The fact that the Carin family is dysfunctional way before they arrive at Hill House, is what strikes a nerve with most of the viewers. Gothic horrors usually rest on dysfunctional families and the uncovering of some dark and perverse secret.

‘The Haunting of Hill House’ is in this regard a tour de force, insofar as the Crain family is as messed up as it gets. Things only get worse for them in Hill House, and until they reconcile with each other, they are all haunted by the ghosts of the past and what happened all those years ago. In a personal capacity, the ending put the drama a little over the top for me, but everything leading up to the moment was gripping in a narrative capacity, and absolutely visually stunning.

However, in the upcoming season, we will shift our focus elsewhere. As Steven says, there are plenty of haunted people and places, and the show will now be turning its attention to a work by Henry James, and it will be titled ‘The Haunting of Bly Manor’. However, if there is to be a thematic link and parity in the tonality of the show, then we fully expect that the upcoming season will focus as much on the nuances of interpersonal relationships and how they can be more demonic than the actual supernatural presences in the house. One last word to be said for the diligent portrayal of Gothic horror is that the horrors of the house are mimicked in the horrors of the relationships between the Crains. Until the demons of their relationships are buried, they cannot face Hill House, and it devours them, till they stand together as a family, and finally put their ghosts to bed.

The Haunting of Hill House Season 2 Release Date: When will it premiere?

‘The Haunting of Hill House’ Season 1 premiered on Netflix on October 12, 2018. Needless to say, it proved to be a roaring success for the streaming website. When asked about its likely comeback, Flanagan said, “I’ve definitely thought about a second season. There are variables at play, so I can’t say much. But I’ve given it thought.”

Much like HBO’s ‘Big Little Lies‘ and Netflix’s ‘13 Reasons Why‘ that were originally designed as one-time series but went on to air further seasons in the show, ‘The Haunting of Hill House‘ is also going down the same road. Our best guess is that ‘The Haunting of Hill House’ Season 2  can release sometime in October, 2020. We will update this section as soon as we hear more.

The Haunting of Hill House Trailer:

While we wait for an update on ‘The Haunting of Hill House’ Season 2, check out the season 1 trailer to refresh your memories. If you haven’t seen the show yet head over to Netflix to catch all the episodes of the previous season.