The Healing Powers of Dude Season 2: Everything We Know 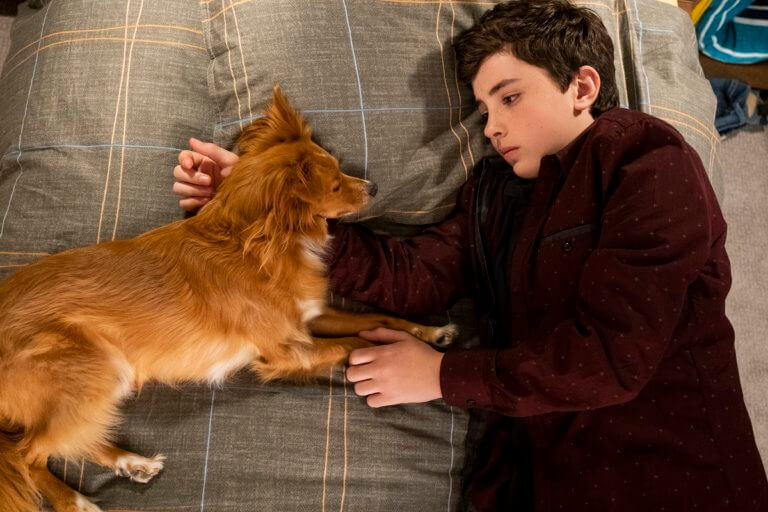 ‘The Healing Powers of Dude’ is a beautiful story of friendship that deals with social anxiety experienced by a young boy named Noah. The 11-year-old suffers from a fear of judgment and is unable to strike a chord with his peers. Touching upon the social issues that children face during their formative years, the comedy television series crafts a story of the endearing friendship of Noah and his dog, Dude.

It follows their journey in which they both grow up to be each other’s support and develop an unlikely bond that alleviates Noah’s anxiety and awkwardness. Created by Erica Spates and Sam Littenberg-Weisberg, the series is a testament to friendship’s healing powers and its effect on emotional and mental well-being. The family comedy-drama got us hooked, and we decided to follow up on its next season. Here’s what we found out!

‘The Healing Powers of Dude’ season 1 released on January 13, 2020, on Netflix. With a run-time of about 23-28 minutes, all eight episodes were released together.

As of now, Netflix hasn’t released any details about season 2 of the show. Nevertheless, the family drama was loved by audiences due to its relatable themes and humorous elements. So it is safe to assume that the streaming giant will most likely recommission the show for a second season. If and when that happens, we can expect ‘The Healing Powers of Dude’ season 2 to release sometime in early 2022.

The Healing Powers of Dude Season 2 Cast: Who can be in it?

Jace Chapman is expected to return to his role of Noah Ferris, a young boy with social anxiety. Tom Everett Scott will perhaps return to play Noah’s father, Mr. Ferris. Actor Steve Zahn will be lending his voice for the internal monologues of Dude the dog.

Apart from the titular characters, fans can also expect to see Laurel Emory as Noah’s fun-loving sister, Embry, and Larisa Oleynik as Noah’s mother, Mrs. Ferris. Peter Benson will be essaying the character of Principal Meyers. Sophie Jaewon Kim and Mauricio Lara will probably reprise the role of Noah’s friends Amara and Simon.

The Healing Powers of Dude Season 2 Plot: What can it be About?

‘The Healing Powers of Dude’ deals with Noah’s affable bond with his support Dog, Dude. Noah finds himself in a better position after bonding with his dog and is on the way to have a better grasp over his emotions. Dude’s inner monologues give a feeling that we are actually interacting with a dog and his perspective. Noah’s interactions with her friends and teachers at school frame the major portion of this comedy dealing with issues of alienation and acceptance. At the end of season 1, we see Principal Meyers banning Dude from the school, leaving Noah in a vulnerable position.

The second season will perhaps explore Noah’s vulnerability and his bond with Dude further. Noah has definitely evolved in the company of his dog and friends, and we can expect him to navigate through his anxieties in a better way. We can’t wait to gain insight into Dude’s thought process, and this is perhaps one thing that will surely light up season 2.

Read More: Where is The Healing Powers of Dude Filmed?