When Will The Heart Guy Season 4 Premiere on Acorn? 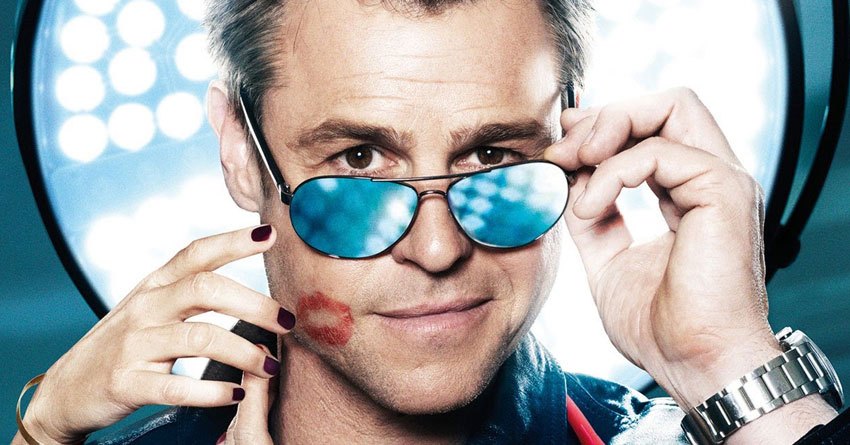 When we talk about medical drama on television, we tend to think about the phenomenal ‘House MD’ that practically rebuilt Fox’s prestige from the ground up in the 2000s, or ‘Grey’s Anatomy’, which is on the more soapy side. However, there is a very unique charm about Nine Network’s recent show, ‘The Heart Guy’ (known in its home country of Australia as ‘Doctor Doctor’). Other than being the only Australian medical drama to break it into the mainstream overseas, i.e. on US TV charts, the show has received immense praise for its masterful story and its perfect blend of humor and serious themes.

Written by Tony McNamara, Alice Bell, Tamara Asmar, and Liz Doran, ‘The Heart Guy’ entered pre-production in early 2016, and on September 14, 2016, Nine Network released Season 1 of the show, which consisted of 10 episodes. After receiving positive feedback, Nine Network renewed the show for a 10-episode second season, which premiered a bit less than a year later on August August 16, 2017. Season 2 was also quite a success, and understandably, Nine Network renewed the show again for its third season, which premiered on August 6, 2018.

With fans of the show clamoring for a new season, there’s this raging question: Will there be ‘The Heart Guy’ season 4? Let’s find out.

The Heart Guy Cast: Who is in it?

In the show, Rodger Corser plays the role of the protagonist Dr. Hugh Knight, who is a rising heart surgeon with no dearth of talent or charm. As far as other members of the Knight family are concerned, Ryan Johnson plays the role of Hugh’s brother Matt, Tina Bursill plays the role of the brothers’ mother, Meryl, and Steve Bisley plays Meryl’s devoted husband, Jim. Further, Hugh and Matt also have an adopted brother, Ajax, who is played by Matt Castley.

Nicole da Silva, meanwhile, plays the role of Hugh’s ex-girlfriend and Matt’s wife, Charlie, and Chloe Bayliss plays Ajax’s long-time girlfriend Hayley. Additionally, Hayley McElhinney plays the role of Penny Cartwright, who is a Head Doctor at the hospital at which Hugh works and is also the young surgeon’s no-nonsense supervisor. Other main cast members in the show include Belinda Bromilow as Betty Bell, Shalom Brune-Franklin as Aoife, Charles Wu as Ken Liu, and Brittany Scott Clark as Mia Holston.

Apart from the aforementioned main cast members, ‘The Heart Guy’ also has several recurring cast members, including Dave Eastgate as Joey, Lucy Durack as Chantelle ‘Tugger’ Waugh, John Batchelor as Nathan, Winta McGrath as Floyd, and Thomas Swords as Papa Pex, among others.

As far as Season 4 is concerned, most of the main cast members are expected to make a comeback and reprise their roles, except for those who have exited the show owing to their story arcs coming to an end. Among the new stars, we meet Dustin Clare as Jarrod, Kate Jenkinson as Tara, and Robyn Nevin.

The Heart Guy Plot: What is it about?

It is typical of medical drama television shows to center upon one protagonist, and ‘The Heart Guy’ does not deviate from this practice and revolves around Sydney-based Hugh Knight, a rising heart surgeon. Hugh shares some traits with House – his machismo, charisma, talent, and offbeat bent of mind. However, whereas House is rather cynical and nihilist in nature, Hugh is portrayed as someone with no dearth of hedonistic tendencies.

Owing to his brilliance, Hugh believes he can live outside the rules, and he thrives in his own hedonism. However, Hugh’s “work hard, play harder” tactics come back to haunt him sooner rather than later, and he ends up in a situation where, after a fall from grace, he is left with no choice but to work as a country GP in his hometown of Whyhope. The blatant pun in the name must have caught your eye. Stuck in Whyhope, the disaffected and disgruntled Hugh must now work in an under-resourced small-town hospital among oddball patients, a recently married ex-lover, eccentric colleagues, estranged family, and jealous brothers for a year as punishment for his excesses.

As the show progresses, Hugh’s life and his desire to go back to Sydney to resume his medical practice are complicated by the news of the demise of his father Jim Knight, who ironically dies of a cardiac arrest. Jim’s sudden demise leaves Meryl struggling to cope with the loss, while Hugh learns that their family farm is under the crushing weight of massive debt. This further intensifies the family crisis, because of which Hugh decides to stay in Whyhope despite regaining his medical practice license in Sydney. With Hugh staying back in Whyhope, he and Penny finally engage in a sexcapade, albeit a short-lived one. Their relationship meets an abrupt end when it is discovered that Hugh’s ex, Harriet is pregnant. This, of course, further complicates matters for Hugh, who is later left stranded in Whyhope when Harriet flees after giving birth to their baby daughter.

With such shocking revelations, tightly-knit crises, and plot twists, Season 3 of the ‘The Heart Guy’ shapes up to be a great season, laying the groundwork for more humor-laced drama in the upcoming Season 4. In the premiere episode itself, Tara Cordair joins as a new doctor in Whyhope and is placed under the supervision of Hugh. Meanwhile, Charlie also makes a comeback to Whyhope, much to the apprehension of Matt and April. Penny’s new boyfriend, Jarrod, proposes to her.

In terms of reception, ‘The Heart Guy’ enjoys a good rating of 7.5+/10 on IMDb, indicating its popularity among viewers. That being said, the show does not have any score on the review aggregator website Rotten Tomatoes, so we don’t know what television critics collectively think of it.

The Heart Guy Season 4 Release Date: When will it premiere?

A week after, Nine Network announced the show’s renewal for Season 4. However, as it stands, while the channel had originally planned to air the fourth season in 2019, the broadcast date was later delayed to shift to 2020. But in the US, ‘The Heart Guy’ season 4 premieres in all its entirety of 10 episodes on December 9, 2019, on Acorn.

Nine Network has not released the official trailer for season 4 yet. But you can check out this promo clip from Season 3 to give you a glimpse into the show and the story thus far.