Where Was The High Note Filmed? 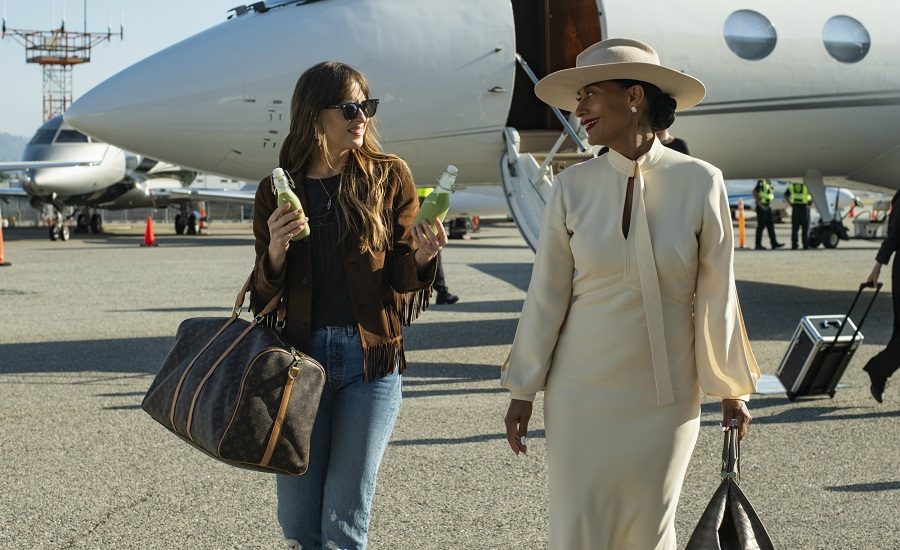 The film, ‘The High Note,’ directed by Nisha Ganatra, follows the diminishing legacy of a soul singer named Grace Davis (Tracee Ellis Ross), and her assistant, Maggie (Dakota Johnson). Grace, who is a famous singer, sees a dip in her music career along with her growing age. Her team wants her to establish a music residency in Las Vegas, but Grace, on the other hand, wants to make another album. The film is thus riddled with much humor and the essence of a female singer and her friend trying to rise above the various restrictions imposed on music performers.

The film follows the glamorous life of an iconic singer who is seemingly full of herself, at least to the friends of her assistant, Maggie. The movie, thus, uses a few locations to further its plot with rising drama fused with humor.

The film chose the sprawling Southern California city as the prime location of the film. There is a lot going on when it comes to Los Angeles, whether it is Disneyland, Universal Studios Hollywood, or Legoland. The city is the center of the film and television industry. Additionally, it hosts famous recording studios such as Paramount Recording Studios, and Westlake Recording Studio, which has seen clients like Rihanna and Michael Jackson. Thus, it is not surprising that the film chose Los Angeles as its main location.

Our beautiful sister/bestie/queen of everything Nisha Ganatra’s movie THE HIGH NOTE premieres TODAY on VOD! It is exactly what the world needs right now-uplifting, funny, romantic, honest, and inspiring PLUS it is carried by WOMEN. Starring Tracee Ellis Ross, Dakota Johnson, Ice Cube, and Kelvin Harrison Jr, WATCH IT at watchthehighnote.com YAY! @thehighnotefilm #thehighnote #fambam @nisha.ganatra

Sonal Shah, who plays the role of Sunshine, posted pictures on her Instagram account, revealing her excitement to be a part of the film, especially working with the film’s director, Ganatra. Along with the post, she wrote, “It is exactly what the world needs right now—uplifting, funny, romantic, honest, and inspiring PLUS it is carried by WOMEN.”

Las Vegas needs no prior introduction as it is set in the hall of fame for its entertainment industry. It offers the best of everything when it comes to fine dining, gambling resorts, nightlife, and entertainment. In the film, Vegas is pitched as a safe haven for Grace Davis as her career seems to take a hit as she ages. She is asked to do what several music stars have done—set up residency in Vegas.

Concert residencies are a thing in Las Vegas. An example of this was Britney Spears’ concert residency in Planet Hollywood in Las Vegas. Though she has discontinued it, she has new plans to bring it back. Several other singers have taken that route too, such as Celine Dione, and Toni Braxton. Not only that, other bands and singers take up temporary concert residency in Vegas as well. In any case, this seems to be the reason why the film chooses Vegas as the hotspot to show its protagonist all the reasons why setting up residency in Vegas would be a good idea.