Does ‘The Hunt’ Have a End Credits Scene? 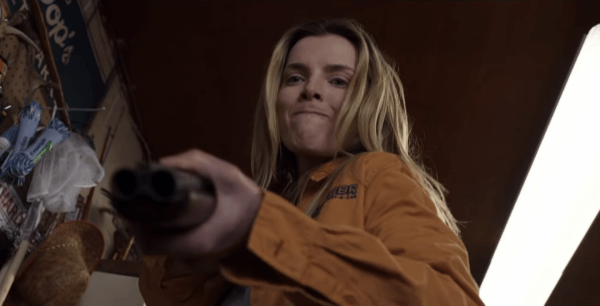 At one point in time, Hollywood did not shy away from making movies that sent shockwaves around the world, in terms of content. Over the ages, the industry has somewhat mellowed when it comes to its art. Most of it is mainstream, or at best, is in tandem with liberal sensibilities. ‘The Hunt‘ is one addition that definitely shakes things up.

The movie was initially shelved after two major gun violence incidents. Naturally, the studio felt it was not the right time to release ‘The Hunt’. The decision becomes obvious when one looks at the premise of the movie.

We see that twelve strangers have woken up in a clearing. They are unsure of where they are, and how they managed to end up here. Soon all doubts turn into fear, as they realize that the liberal elites are hunting them one by one, for sport. Unbeknownst to the hunters, one of the hunted decides to turn the tables.

Crystal takes the fight to the liberals, in this saga of violence. Considering that ‘The Hunt’ has been mired in controversy for some time, you might be wondering if the movie has a mid or post-credits scene, which would result in a sequel. We have got the answers right here.

Is There a The Hunt Post-Credits Scene?

Let us tell you right away that ‘The Hunt’ does not have any mid or post-credit scenes. Therefore, you do not need to stay back in the theater until the very end. The story of ‘The Hunt’ is pretty self-contained, as well, and does not leave any loose ends, which could be picked up in a subsequent installment.

This is primarily because ‘The Hunt’ is based on the 1924 short story, “The Most Dangerous Game” by Richard Connell. The premise of man hunting man, for the thrill, is turned into something deeper in ‘The Hunt’. We see how the movie pits liberals against the conservatives. There are some on-the-nose references like calling the hunted ‘deplorables’, which is a reference to Hillary Clinton’s comment about Trump supporters.

The film plays out like a satire of the conflict between red and blue states. Accentuated by guns, and gratuitous violence, ‘The Hunt’ is more of a B-grade action horror that adds an extra sociopolitical perspective for moviegoers to enjoy. However, towards the end of the movie, we get to see the final combat playing out between Betty Gilpin’s character and Hilary Swank’s liberal villain.

Although most characters in ‘The Hunt’ turn out to be one-dimensional, Gilpin brings some additional layers to the performance. We do not know the mysterious woman’s background, or how she is so adept at martial arts. However, the final face-off between the revolting hunted, and the hunter is pretty contained in the concluding moments of the film. Thus, there are not many possibilities of ‘The Hunt’ getting a sequel.

Now that the movie has come out, it is amidst the coronavirus outbreak, which is keeping people away from theaters, among other mass gatherings. That being said, it is a Blumhouse movie and might end up making a profit on the streaming circuit.

On that note, it would also be interesting to point out that Blumhouse projects usually don’t have a mid or post-credits scene. Ultimately, ‘The Hunt’ becomes a self-contained story in the same vein as ‘Get Out‘ or ‘The Purge‘, wherein it tries to point at deep-seated dichotomies in the American society, through an exciting narrative. It is also likely to be a standalone movie without sequels.