Will The Iliza Shlesinger Sketch Show Return to Netflix? 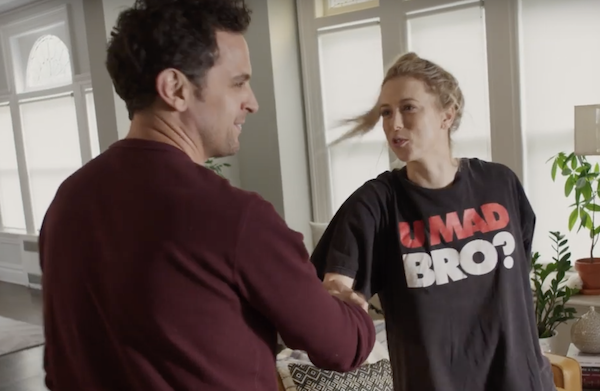 The Iliza Shlesinger Sketch Show, featuring the titular comedian as its lead star, as the name suggests, is a sketch comedy series. The show airs on Netflix and gives viewers an exclusive sneak peek into “a secret world filled with absurd characters” while lending an “insight into the female experience” — according to the official description.

Accompanied by irreverent yet poignant social commentary, the Netflix original opened to a promising start on the streamer. Directed by Shlesinger herself, the hilarious satire managed to instantly grab the attention of viewers. Now that season 1 has ended, read on to know every detail about The Iliza Shlesinger Sketch Show season 2.

The Iliza Shlesinger Sketch Show Season 2 Release Date: When Will It Premiere?

The Iliza Shlesinger Sketch Show season 1 premiered on April 1, 2020, on Netflix. It consisted of six episodes.

Across the years, the streaming giant has shown steady commitment regarding sketch-comedy series, owning to the grand success of earlier entrants like W/ Bob and David and Netflix Presents: The Characters. Recently, it has increased its efforts, following its breakout hit, I Think You Should Leave with Tim Robinson. Other additions to this list include Astronomy Club and The Iliza Shlesinger Sketch Show.

The Iliza Shlesinger Sketch Show is highly creative and consists of fast-paced, bite-sized episodes, accompanied by sly commentaries. It has all the ingredients of the perfect satire. Hence, it was appreciated by fans and critics alike. And considering the immense popularity of its lead star, we are positive that it will get another season. If renewed, we expect The Iliza Shlesinger Sketch Show season 2 to most likely release sometime in April 2021.

The Iliza Shlesinger Sketch Show Season 2 Cast: Who Can Be In It?

Comedian Iliza Shlesinger is the lead star of this rib-crackingly funny Netflix original. She also serves as the director and one of the executive producers of the series. Shlesinger is best known for her stand-up specials, including Elder Millennial, Confirmed Kills, Freezing Hot, and War Paint. She has appeared in the movies Instant Family and Wonderland. The versatile artist is also an author, and she had published her first book, Girl Logic: The Genius and the Absurdity, in 2017.

When the show is renewed for a second season, Shlesinger will, no doubt, make a comeback. We also expect her to be accompanied by an equally talented ensemble cast, playing a host of insane, wacky original characters.

The Iliza Shlesinger Sketch Show Season 2 Plot: What Can It Be About?

This hilarious Netflix satirical comedy takes us to an absurd world, packed with the weirdest characters, who are parts of a content-rich landscape — which we all love to consume, enjoy, and ridicule. The story satires the various television stereotypes that are part and parcel of our screens.

For instance, across the episodes, we see Shlesinger as a newlywed who has the #BigFratBroEnergy after saying “I do”. She also becomes a daytime talk show panel member and is forced to hang out with her peers. She additionally portrays an infomercial saleswoman who attempts to sell “Christmas Mouth”.

Season 2, as and when it happens, will embrace the same trope and bring us another bunch of equally entertaining stories — while throwing in bits of insightful observations in the mix.

While we wait for more updates on season 2, watch the trailer for season 1 below: