‘The Impossible’: The Triumph of Human Spirit 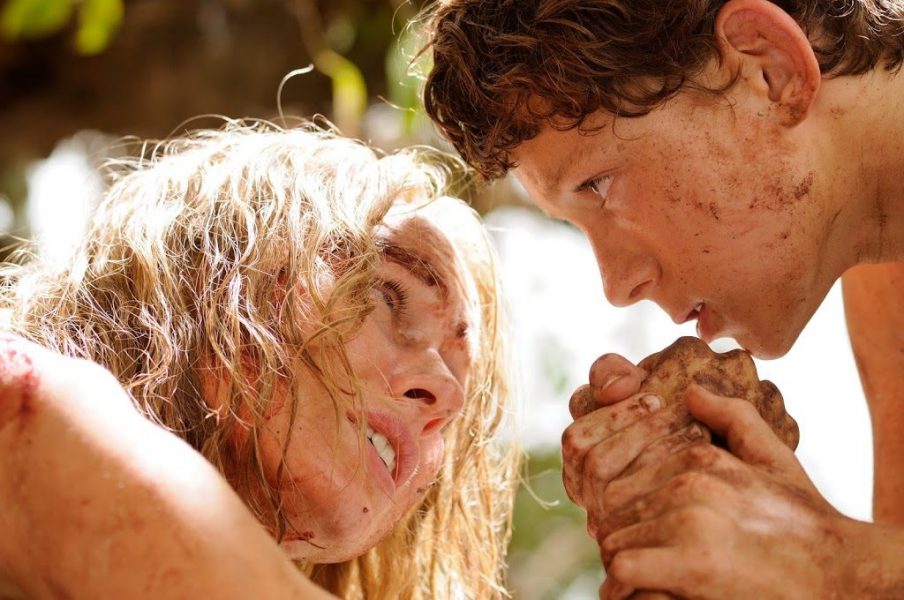 On the face of it, many might mistake ‘The Impossible’ to be just another disaster movie, but look a little deep and you will find: A mother’s survival saga, a coming of age story, and a man’s search for his family. Visually stunning, emotionally wrenching, and horrifyingly visceral, ‘The Impossible’ is as much an achievement in film-making as it is a marvellous study of human instincts and emotions in the face of grief and tragedy. Buoyed by terrific cast of actors, and an adroit group of visual effects creators, Juan Antonio Bayona forges an atmosphere where a moving story of family caught in mayhem could be told with tenderness and without the usual sappiness, while also making sure that he utilizes his horror techniques [which obviously he is very good at, as he proved with The Orphanage] to exceedingly good effects. A work that I am sure will impress even the greats like Speilberg and Easthood associated with this genre of film-making but haven’t been able to make anything with such effectiveness themselves in recent past.

Based on a true story, ‘The Impossible’ is about Maria (Naomi Watts) and Henry Belon (Ewan Macgrewor) and their three children vacationing in Thailand when the ill-fated Tsunami hits the sea-shores. Maria and her elder son, Lucas (Tom Holland) get swept away by the waves, and though they manage to hold on to each other, Maria gets brutally injured. Lucas, with the help of local Thai people, somehow manages to take his mother to a local hospital. Faced with mortality, and not knowing if her husband survived the disaster, she teaches her son to become a responsible human being. On the other hand, Henry and the other two sons have escaped the calamity relatively unscathed but they don’t know the state of Maria and Lucas. Henry ventures on hopping from one hospital to another in the hope that he will be able to find Maria.

Unquestionably, ‘The Impossible’ is a technical marvel in the way tsunami and underwater scenes have been executed. The images of infinitely massive and devastating water waves has never been portrayed onscreen with such convincing believability since ‘Titanic’. But the real strength of the film lies in the story that it’s trying to tell: In the face of adversities it’s the human spirit and courage that transcends and triumphs over the evils of nature. It also symbolically talks about the inherent cohesive quality of goodness that brings humanities together irrespective of nationality, religion or even language. But above all, ‘The Impossible’ is also a story of mother-son relationship. The motherly instinct depicted through Maria, when she puts her son above her own life, and the motherly desire to teach her son to grow into a good human being is so beautifully touched upon in ‘The Impossible’ that it inadvertently and naturally so will bring tears to your eyes. I haven’t seen so many wet eyes after a movie screening in quite a long time and that’s a testament of film’s enormous moving power.

The only chink in the armor is that in spite of the film being based on a true story, at times it does feel that screenwriter has taken few cinematic liberties, especially in the scene where Henry is looking for Maria inside the hospital. For some, the movie might also be a tad too gruesome to watch with blood spitting and nasty flesh revealing wounds scenes showing up more often than not.

Fianlly, ‘The Impossible’ also works as an acting showcase. Naomi Watts as the disaster-stricken mother Maria fills every moment onscreen with honesty and intention that’s so rare to find in performances these days. Mostly communicating through eyes, her role demanded not only physical turmoil but also an intense emotional connect, which she is immensely convincing at throughout the film. Not only this one of the best performances of you will see in a disaster film, but in any film in general (Her Oscar nomination for the film was well deserved). Equally good in his début performance is Tom Holland who just bowls you over with his range of wide and varied emotions. Ewan Macgrower, in an under-rated role, actually has the best scene in the film and that scene’s brilliance can be mostly attributed to his sheer brilliance.

At the end of it, after watching ‘The Impossible’, you will not only be left moist eyed but also humbled and gratified.