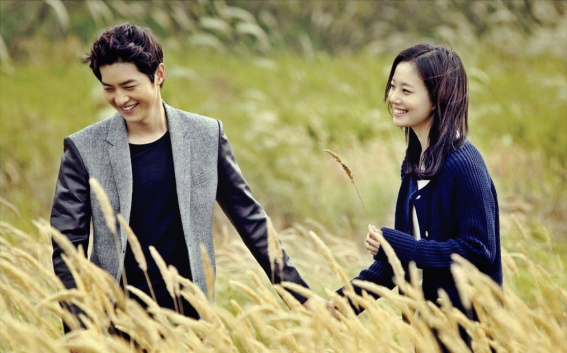 ‘The Innocent Man’ is a one-of-a-kind Korean dark melodrama that subtly blends between betrayal and romance. It first aired on September 12, 2012, on KBS2. The series was written by Lee Kyung-hee and the directing responsibilities are handled by Kim Jin-won and Lee Na-Jeong.

Lee Kyung-hee is known for writing popular shows like ‘Will It Snow for Christmas?’, ‘Thank You’ and ‘A Love to Kill’. Kim Jin-won has previously directed three episodes of ‘Drama Special’ (2010-11) and has served as producer for ‘Tomorrow’s Cantabile’ (2014) and ‘Waiting for Love’ (2013). Lee Na-Jeong gained his breakthrough when he served as an assistant director for the acclaimed series ‘Hot Blood’ (2009). He most recently directed episodes of ‘Love Alarm‘ (2019). The series has popular actors Song Joong-ki and Lee Kwang-soo who are good friends in real life. Upon its release, the series received a mostly positive reaction from viewers and critics.

‘The Innocent Man’ Season 1 got off to a rocky start before fans embraced it as a well-liked show. Now, the question they seem to be asking is whether there will be a Season 2. We are here to delve into that after we share some details of the series.

The Innocent Man Cast: Who’s in it?

The main cast of the series consists of Song Joong-ki, Moon Chae-won, and Park Si-Yeon. Song Joong-ki is known for ‘Sungkyunkwan Scandal’ (2010) and ‘Running Man’. He got his first lead role in ‘The Innocent Man’ where he stars as Kang Ma-Ru.

A popular face in Korean television Moon Chae-won, who is known for appearing as a gisaeng in the 2008 series ‘Painter of The Wind’, stars as Seo Eun-gi. She has also starred in the blockbuster movie ‘War of The Arrows’. In 2013 she starred in the KBS2 medical drama, ‘Good Doctor‘.

Park Si-Yeon plays the role of Han Jae-hee. Si-Yeon has come a long way since competing for the Miss Korea pageant in 2000. She has starred in popular TV shows like ‘Bitter Sweet Life’ and ‘Coffee House’. She has also made appearances in minor roles in various CCTV (China Central Television) shows. Lee Yu-bi stars in a recurring role as Kang Choco. Lee Yu-bi comes from a family of actors and began her career by starring in the sitcom ‘Vampire Idol’. She starred in the 2018 medical drama ‘A Poem a Day’.

The Innocent Man Plot: What is it about?

‘The Innocent Man’ follows the relationship between Kang Ma-Ru and Han Jae-hee. The story explores the ups and downs of the couple’s relationship. Due to the reason that they hail from different financial backgrounds, a serious problem was bound to occur.

Han Jae-hee finds herself in a difficult spot and she is in desperate need of some money. At this moment she comes across a wealthy businessman who happens to be the CEO of a company. In her desperation, Han Jae-hee ditches Kang Ma-Ru and starts a relationship with the CEO.

The series then takes its audiences to some years later. We see a 30-year-old Kang Ma-ru who has completely transformed. We soon find out that the horrific aftermath of Han Jae-hee’s betrayal has led to this transformation. He is now employed as a bartender and also works as a gigolo.

He is no longer the kind-hearted boy who we see at the beginning of the series. He has developed a pessimistic attitude towards life. During this moment he comes across Seo Eun-gi, who is the daughter of a conglomerate owner. Ma-ru feels attracted to her because in many ways she is what Ma-Ru has become now, cold, calculating and emotionless.

All these events take an unexpected turn when Ma-Ru learns that his sister Kang Cho-Co has ended up in the hospital and Han Jae-hee is somehow responsible for this. The show keeps us engaged with all these unpredictable plot twists.

After Kang Choco’s hospitalization, the show embraces a dark tone. Though reluctant at first Ma-ru utilizes Eun-gi to fulfill his quest of vengeance on Han Jae-hee. Kang Ma-ru also realizes that he is falling for Eun-gi and at this moment she breaks up with him, when she realizes that Ma-ru was using her. Thankfully, things soon fall into place when Seo Eun-gi suffers from memory loss after an accident and she recuperates her relationship with Ma-Ru.

The Innocent Man Season 2 Release Date: When will it premiere?

‘The Innocent Man’ Season 1 premiered on September 12, 2012, on KBS2. The first season consisted of 20 episodes and finished airing on November 15, 2012. Though it received some lukewarm reception at first the series gradually got an overwhelming response due to positive word of mouth.

The first season is currently available to stream on Netflix. It is most likely the show will get renewed for a second season but there have been no announcements made by the creators. Once shows make their way to the streaming platform, they usually get more seasons, which spells good news for ‘The Innocent Man’. We are likely to see ‘The Innocent Man’ Season 2 get a release date in 2022. Stay tuned for more updates.

You can check out the trailer for Season 1 of ‘The Innocent Man’ below, to get a better idea of what the show is about.