Will There be a The Inspectors Season 5 or is it Cancelled? 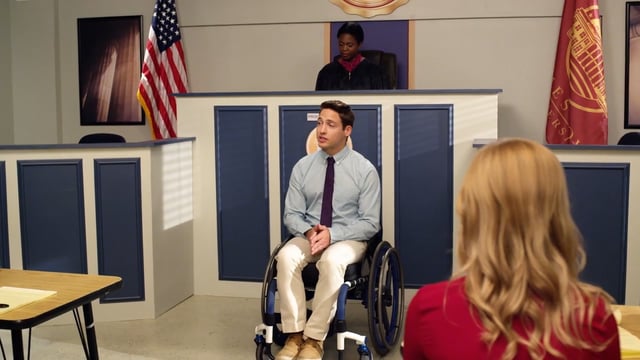 ‘The Inspectors’ is a crime drama tv series directed toward the younger audience that first premiered on CBS in 2015 as a part of Dream Team Saturday morning three-hour block of children’s programming. Created by Dave Morgan, it centers around the criminal investigations undertaken by the US Postal Inspector Service, the oldest federal law enforcement agency in the nation. ‘The Inspectors’, to date, is the only commercial show on tv to be funded by a US government agency, namely the United States Postal Service’s branch of asset forfeiture and consumer fraud awareness.

The show has had four successful seasons so far. Now, you must be wondering will there be a season 5 of The Inspectors? Here’s everything we know.

The Inspectors Cast: Who is in it?

The Inspectors Plot: What is it about?

‘The Inspectors’ may be a scripted investigative series but its story is inspired by real-life crimes handled by the United States Postal Inspector Service (USPIS). Amanda Wainwright is a Postal Inspector who investigates cases related to the Postal Service mail. She is a single mother with a paraplegic son, Preston. A tragic accident left Preston with this lifelong disability and also ended killing her husband. Each episode narrates one incident of scam and advises viewers on how to avoid such frauds. This crime-prevention message is narrated by the actual chief inspector of the USPIS, Guy Cottrell.

Set in Washington DC, ‘The Inspectors’ throws the limelight on Preston Wainwright, who is a dedicated intern working under his mom in the same department. He helps Amanda in cracking multiple cases, ranging from internet scams to identity and mail theft and consumer fraud. On the personal front, toward the end of season 4, we see Preston’s dream of being able to walk again take a step toward reality. However, he needs to prepare physically as well as mentally for the upcoming transformation. Additionally, Preston, Veronica, and Noah are all set to start their senior year at Jamestown University and need to rethink life after college. These youngsters have to face some major challenges as they choose a path that will shape their entire lives.

Across the episodes, we witness several cases tackled by the USPIS. There is this conman who has been making money by cheating churches and is busted by the inspectors. Again, we meet a criminal who scams hurricane victims. Yet another episode is about a crazy fellow, sending envelopes of deadly ricin in the mail. We also witness crimes related to ivory smuggling and fake investment schemes.

According to Paul Krenn, national public information officer for USPIS, “It’s an NCIS-style show, but we don’t have to worry about the more mature subjects. We have an arrangement; we help contribute content – the case files – and we are also on the set as technical advisers to make sure that the law-enforcement procedures are as close to real as we can make it for this television audience.”

Officers from the USPIS help the show’s creators in curating the plot lines, inspired by the agency’s case files. They have even given the right to the series to use several of their trademarked logos and insignia. The technical advisers present on set during filming ensure that the depicted law-enforcement procedures are as close to reality as possible. But of course, the creative rights still rest with the developers’ team.

‘The Inspectors’ is an informative show that attempts to guide young people to make the right choices. It encourages teenagers to communicate more openly with grown-ups and showcases how, in spite of challenges and disabilities, we can overcome all odds with determination and patience. The family-friendly series, targeted primarily toward 13 to 16-year-olds, gives multiple life lessons, although it is branded as a procedural drama.

The Inspectors Season 5 Release Date: When will it premiere?

Now, as far as next season goes, on September 4, 2019, Litton Entertainment made an announcement that ‘The Inspectors’ was dropped from the line-up of the CBS Dream Team block. So, as of now the show stands officially cancelled with season 4 as its final and last season. Sadly, there won’t be ‘The Inspectors’ season 5.

You can check out the official trailer for ‘The Inspectors’ season 4 below. You can also head to their official site if you wish to catch up on all its previous seasons and related clips.