When Will The Interrogator Season 2 Premiere on ID? 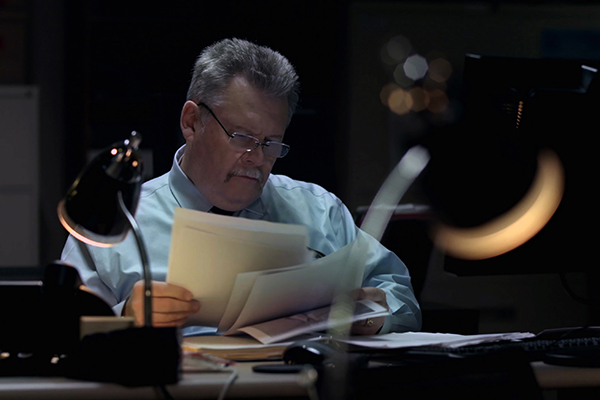 ‘The Interrogator’ introduces a new concept to the otherwise generic approach to true crime documentaries. Here, the viewers are taken straight to the interrogation room or the ‘box’, where they see how skilled investigators strategize and ask the right questions in order to force criminals to confess their crimes.

The series showcases how detectives get perps to lower their guard and disclose shocking facts that even cops could never imagine in their wildest dreams. Highlighting a completely different side of confessional procedurals, ‘The Interrogator’ airs on Investigation Discovery.

Henry Schleiff, Group President of Investigation Discovery, shared his enthusiasm about the show, saying, “At ID, we pride ourselves on having the most talented and dedicated law enforcement officers on the air, and Detective Fil Waters is no exception. Having helped to solve over 400 cases involving murder, Detective Waters has used his unique instinct and tactical interrogation skills to elicit confessions – and, in this new and informative series, he tells us how he did it!”

With a staggering rating of 8/10 on IMDB, ‘The Interrogator’ received positive reviews, especially because of its hypnotic take on the twistiest of cases. Hence, we cannot wait to decipher if it will return for a second season. Here is all you need to know about ‘The Interrogator’ season 2.

The Interrogator Cast: Who is in it?

Detective Fil Waters is credited as the primary cast member in this revealing docuseries. One of the most prominent interrogators in Houston, Waters has made his career coercing even the toughest criminals to admit their crimes. Having an uncanny ability to dig right into the psychology of wrong-doers, he possesses a polished conversational style, which compels complicated minds to lose their guard.

Waters has a strong obsession with justice and uses carefully curated questions to get the right answers. He may seem calm but with his persistent questioning, he pushes the offender into a corner from where there is no escape. Even the cleverest defendants surrender when they are put inside the box with Waters.

Of course, since the series primarily centers around him, we can expect him to make a comeback in season 2 as well.

What is The Interrogator about?

Each episode of ‘The Interrogator’ explores one very compelling case. In one incident, when a 12-year-old suddenly vanishes, his mom receives a call from the young boy just a few moments before the disappearance. By the time, the mother reaches the phone, which was previously picked up by a colleague, the call gets disconnected. After a surprising turn of events, Detective Fil Waters learns that this is not the first time the boy has gone missing.

In another case, a teen discovers that her neighbor, Rebecca Claybrook, is bludgeoned to death. She approaches the police and Waters is soon summoned to the scene, where he unearths that the victim knew the killer. Further digging reveals that the dead woman had multiple men in her life. So, who is the killer? Watch the episode to find out!

Again, in another case, two Yellow Cab drivers are murdered within a gap of seven days. Detective Fil Waters and his colleague take matters into their own hands to catch an apparent serial killer. Next, when a woman is about to leave for work, she finds her sister’s body with gunshot wounds. Aidee Reyna is the victim and her murder is linked to her bank card, as later discovered by Waters.

The next cases involve that of two generations of the Contreras family who are shot to death and Jennifer McKinley, who is discovered after being strangled to death. During the investigation of the first murder, “After an intense four-month investigation that goes cold, Det. Fil Waters boils it all down thanks to an eye-witness, a scorned woman, and a videotape. The memories of this case will remain with Det. Waters for the rest of his life.”

In the last case of the season, a young mother is strangled to death in her sleep, inside her own bedroom, while her son is deep in sleep. Later, Waters finds a weird connection. It seems the victim’s own mother was killed in exactly the same manner. So, are the two homicides related somehow?

Produced for Investigation Discovery by Stephen David Entertainment and Marabella Productions, ‘The Interrogators’ introduces a unique twist to your regular slate of true crime titles. Watch the show and follow Detective Waters as he solves multiple intriguing cases. When the show is renewed, we expect it to feature yet another set of equally disturbing crimes as Waters dives right into the roots of them all.

The Interrogator Season 2 Release Date: When will it premiere?

‘The Interrogator’ season 1 premiered on Thursday, December 5, 2019, at 10/9c on Investigation Discovery. New episodes were released every week at the same time slot and the entire run for the first season comprised six episodes. The series wrapped up with its finale on January 9, 2020.

As far as the next season goes, we do not have an official update yet. However, if it receives a renewal and things go according to plan, ‘The Interrogator’ season 2 should premiere sometime in December 2020.

ID has not released an official trailer for the show. You can check out clips from the show on Investigation Discovery.