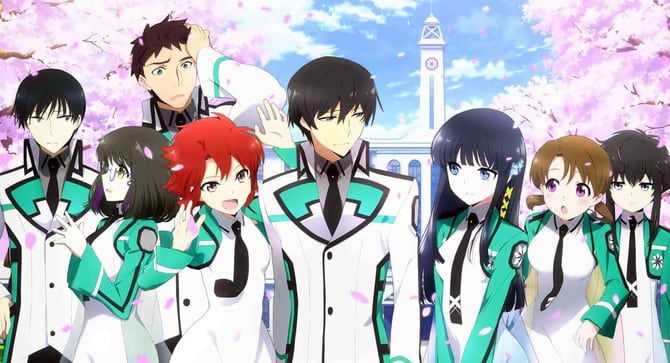 In the same year, a famed Japanese animation studio called Madhouse announced that it would be adapting The Irregular at Magic High School into an anime television series, and Season 1 of show premiered on April 6, 2014. Since then, fans of the show have been waiting to hear news on a second season. Here’s everything we know about the prospects of Season 2 thus far.

The Irregular at Magic High School Season 2 Release Date: When will it premiere?

You can stream ‘The Irregular at Magic High School’ on Crunchyroll with its original Japanese audio and English subtitles.

The show is set in the late 21st century, in a world with an alternate history. In this world, the Third World War has already taken place, resulting in the world being divided into four superpowers – the United States of North America (USNA), the New Soviet Union, the Great Asian Alliance, and Japan. Also, in this world, magic exists and has thrived through the ages, becoming more polished through the use of technology. In the 21st century, magic has indeed become a systematized technology, and is taught across the land as a technical discipline. However, the catch is that the ability to use magic is determined by genetics, and not everyone can become a magician.

In Japan, the magical community is a self-regulating one, and is governed by a group of ten Master Clans in lieu of the government. Owing to the fact that number of magicians in Japan is sparse, those who are genetically able to use magic are commodified and forced into magical education and magic-related professions. In Japan, there are nine schools which teach magic, and each school specializes in one aspect of magic.

In this backdrop, the show follows two siblings – Tatsuya and Miyuki Shiba – who get enrolled at the First High School, a prestigious institute for magicians. In this school, those who enroll are segregated into two different groups based on their entrance exam scores – the top students, called “Blooms”, are assigned to the school’s First Course, while the other students, “Weeds” are assigned to the Second Course.

While Miyuki aces her entrance exam and is assigned to the First Course, Tatsuya fares poorly, and is labeled a Weed. Although Tatsuya’s entrance exam scores indicate that he is magically inept, his extraordinary technical knowledge, magical techniques, and physical combat abilities distinguish him from the other Weeds, making him the “irregular” at magic school. Further, it is also revealed that Tatsuya is the bodyguard of Miyuki, who is the candidate to succeed the leadership of the Yotsuba Clan, which is one of the ten Master Clans in Japan. Thus, despite not being great at magic, Tatsuya has to do his best to master his abilities as he has to protect Miyuki from harm.

Despite having dozens of characters, The Irregular at Magic High School has only two main characters – Tatsuya and Miyuki. Below, we’ve given you brief backgrounds on each of them.

Tatsuya Shiba: The male protagonist of the show, Tatsuya is the eldest son of the Four Leaves Technology (FLT) company’s president, who is an important member of the Yotsuba Clan. Despite coming from a magical family, Tatsuya was not born with magical abilities except for decomposition and regrowth. This, of course, was deemed to be unacceptable to Tatsuya’s powerful family, and his mother and aunt started experimenting on him when he was a just a six-year-old, hoping that his magical abilities would improve over time.

In these experiments, Tatsuya’s mother, Miya, used a forbidden non-systematic magical technique called Mental Design Interference, and this, in turn, altered a part of Tatsuya’s consciousness and made him incapable of expressing strong emotions. As a result, Tatsuya is shown to be an extremely cold person who rarely exhibits any warmth towards anyone except his sister and his friends. However, the experiments succeeded to a degree, and made Tatsuya an artificial magician. Owing to the fact that artificial magic is vastly inferior to natural magic, Tatsuya had to forego his chances of leading the Yotsuba Clan and became the bodyguard of his sister, Miyuki. Regardless, Tatsuya managed to enroll himself at the First High School, but was classified as a Weed owing to his magical ineptitude.

Miyuki Shiba: The female protagonist of the show, Miyuki is Tatsuya’s younger sister and the heir apparent to the Yotsuba Clan. A beautiful and attractive high school student, Miyuki draws attention wherever she goes, and is shown to have a kind and loving nature. Born with powerful magical abilities, Miyuki is largely regarded as a genius when it comes to magic, and she managed to ace the entrance exam for the First High School and was classified as a Bloom. In the show, there are solid hints that Miyuki has romantic feelings for Tatsuya, and she often feels bad that she is considered to be a genius while Tatsuya is considered to be just a reserve magician. Further, it is also shown that Tatsuya and Miyuki’s father only cares about Miyuki, and does not even consider Tatsuya to be a worthy son. Miyuki finds this behaviour disturbing, and can often be seen crying or getting angry when anyone demeans Tatsuya.