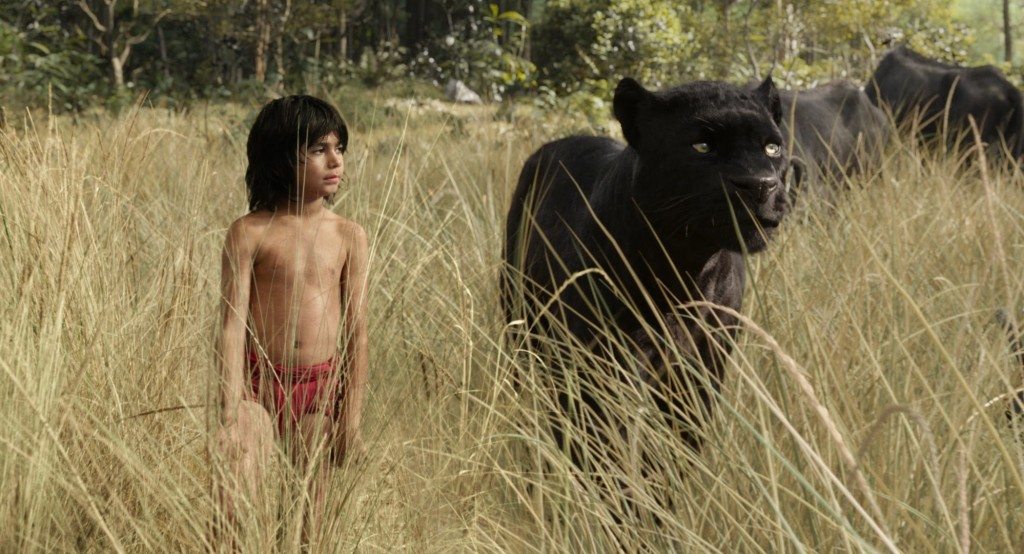 That is what Jon Favreau brings to his astounding new live action remake of The Jungle Book. Easily the best film Favreau has ever made, it is not only one of best films of the year thus far but also one of Disney’s greatest accomplishments. Superbly blending live-action and CGI effects with some extraordinary voice work, the film is a retelling of the classic tale of the boy raised by wolves and who became friends with the creatures of the jungle, well most of them.

Walking into ‘The Jungle Book’, I did not know what to expect, but thirty minutes in I was hooked, mesmerized by what the director and his artists have created.

I walked out dizzy with the images and sounds of Bill Murray as Baloo, the honey seeking bear who protects Mowgli while teaching the boy to have fun; of Ben Kingsleys Bahgeera, the black panther who loves the boy but frets about his safety in the jungle; Scarlett Johanssons seductive Kaa the Python who would like nothing more than to wrap her coils around the boy and choke the life out of him; Idris Elbas terrifying Sher Khan, the tiger with a taste for man; and best of all, stealing the entire movie is Christopher Walken’s magnificent King Louis, the massive monkey who wants the secret of fire from the boy.

The rumble that emerges from Sher Khan is frightening, the intensity of the voice Elba brings to the character. Johansson’s seductive voice makes us want to be in her coils, knowing that death is a foregone conclusion, while Baloo is fun loving, adoring of the boy, hoping to teach him about life, all the while knowing the boy is in danger from Sher Khan the killing tiger. And Walken, pure movie magic. Introduced slowly, by the time his bulk is in full view we want nothing else but to watch the orangutan do his thing, which is a jazz number that will knock you out. Will this be the performance that encourages the Academy to honor voice work ? Who knows ?

I am getting giddy again just thinking about it all: the lush jungle, the green upon green, the water hole that comes with its own set of rules, King Louis layer, the waterfalls, the mountains, the creatures, the boy…

Understand this does not happen very often, that I emerge from a film feeling giddy with delight, or wounded with the intensity of the drama. Yet, it is also spectacular to be reminded of the pure magic of the cinema, that there is still that child in me that can be lifted away to another world, to be plunged into a universe that exists only on the screen for a couple of hours, but one that attaches itself to my soul for the rest of my days. THAT is the kind of movie The Jungle Book is.

Neel Sethi as Mowgli is a wonder. Some child performances are so natural you forget you are watching a young person act, you forget that a director guided the performance from a screenplay. Patty Duke accomplished greatness in The Miracle Worker (1962), Henry Thomas was genius in E.T. – The Extratrerrestrial (1982) and Haley Joel Osment was quietly haunting in The Sixth Sense (1999), just three of the greatest child performances in film history. Suffice to say Sethi can be added to that list, he is sublime. Watch his face as he learns from his jungle friends, eventually moving beyond their intellect to know it is he who must protect them from Sher Khan. Subtle but brilliant, the film is entirely on his shoulders, because if there is a moment we see he does not believe the creature around him, the film is dead. He inhabits the character and world in every way, giving a performance that is sheer brilliance.

Bravo to Jon Favreau. He has gone beyond anything anyone hoped for in making this film, for he has made a masterpiece that will endure for years to come. Hopefully, Oscar will remember the film next January when the nominations are announced.