The Kominsky Method Season 3: Everything We Know 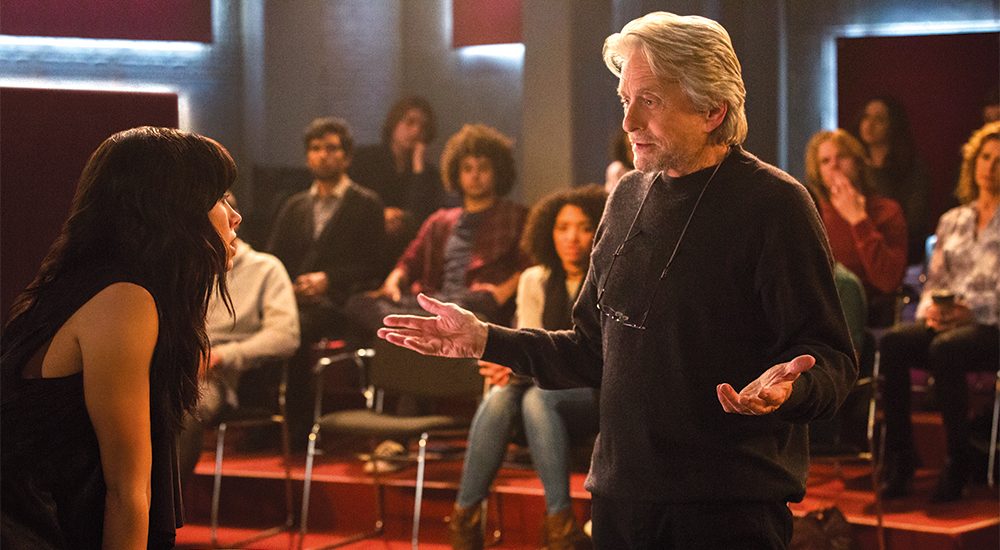 Created by multiple Emmy winner and the genius behind The Big Bang Theory’ and ‘Two and a Half Men’, Chuck Lorre, ‘The Kominsky Method’ is a dramedy about an elderly actor-turned-acting-coach Sandy Kominsky who isn’t ready to ride off the sunset just yet. The story follows Kominsky and his best friend and long-time agent, Norman, dealing with the pitfalls of aging as they navigate their later years in Los Angeles, a city that values beauty and youth above all.

After two successful seasons that earned the most coveted nominations including the Golden Globes, SAG Awards, and Emmys, and a fairly positive response from its viewers and critics alike, fans are wondering when they will receive their usual inundating dosage of laughter as these two try to tackle the curveballs that life throws their way. Well, let’s find out!

‘The Kominsky Method’ season 2 premiered in its entirety on October 25, 2019, on Netflix. It consists of eight episodes with a runtime of 22–33 minutes each.

As far as another season is concerned, we have some good news. Fans need to fasten their seat belts as the comedy-drama series is officially returning for a third and final season. In July 2020, the network made an official announcement regarding the season 3 renewal.

The Kominsky Method has been renewed for a third and final season.

Creator Chuck Lorre said, "It's been an incredible experience to see the warm response from both audiences and critics. I'm excited to wrap up the story with this final chapter.”

However, there’s no premiere date set just yet. ‘The Kominsky Method’ season 1 launched in November 2018, and the second season hit Netflix in October 2019. Acknowledging the ongoing coronavirus pandemic and the fact that this is going to be the final installment in the series, the creators may be taking their own sweet time to deliver a perfect resolution to the story. All things considered, we can expect ‘The Kominsky Method’ season 3 to arrive sometime in the first half of 2021.

The Kominsky Method Season 3 Cast: Who is in it?

The series is led by uber-talented actors Michael Douglas as Sandy Kominsky, and previously by Alan Arkin in the role of Norman Newlander. However, season 3 will not see Alan Arkin making a come back. Other actors joining the cast of season 3 include Sarah Baker as Mindy, Nancy Travis as Lisa, Lisa Edelstein as Pheobe, Melissa Tang as Margaret, Susan Sullivan as Eileen, Jane Seymour as Madelyn, Danny DeVito as Dr. Wexler, Bob Odenkirk as Dr. Shenckman, and Jay Leno as himself. The season 2 guest star Kathleen Turner will return as a series regular for the show’s final chapter.

The Kominsky Method Season 3 Plot: What can it be About?

‘The Kominsky Method’ season 2 sees Sandy distressing over declining health and romance, along with his daughter’s relationship with a relatively older man. Following his wife’s demise, Norman is looking for some semblance of peace of mind but continues to see and speak to his dearly departed in imaginary scenarios. It all culminates in a season finale that entails manipulation, Scientology, and a meaningful conversation between the two long-time pals.

The biggest change heading into season 3 is going to be the departure of Alan Arkin’s character Norman. While no official reason is cited for his exit from the show, it’ll be interesting to see how it will be addressed in the season 3 storyline. Season 2 ends with Sandy’s daughter, Mindy, slowly taking control of the acting studio as she’s worried about her father’s erratic behavior and consequently, his well-being.

Season 3 might explore the great lengths to which Sandy would go to resume a somewhat regular schedule as he’s gently been forced to take a step back from work. A renewed romantic subplot involving Lisa might be on the cards as well. As the show drives toward its last edition, all these loose threads are expected to come together. Will it satisfyingly do so? Only time will tell.