When Will The L Word: Generation Q Come Back on Showtime? 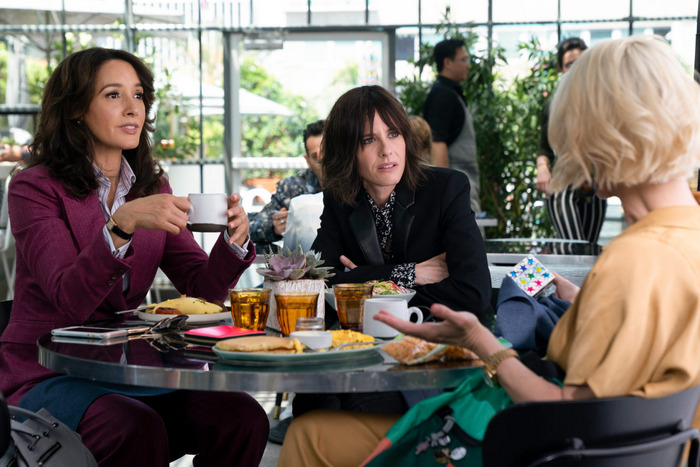 ‘The L Word: Generation Q’ is a sequel to the revolutionary drama series, ‘The L Word’, which aired on Showtime for six seasons from 2004 to 2009. Conceptualized to focus on the more dynamic and open new-age audience, it follows a group of “diverse, self-possessed LGBTQIA+ characters experiencing love, heartbreak, sex, setbacks and success in LA” — according to Showtime.

The L Word: Generation Q Cast: Who’s in it?

The cast of ‘Generation Q’ has several actors returning to reprise their previous roles from the prequel series. Among them, Jennifer Beals plays Bette Porter, attempting to run for the Mayor of Los Angeles; Kate Moennig stars as Shane McCutcheon, an androgynous lesbian and a hairdresser who has her own sexual fantasies; and Leisha Hailey portrays Alice Pieszecki, who hosts a talk show.

Other cast members include Arienne Mandi as Dani Nùñez, employed as an executive in a PR firm; Leo Sheng as Micah Lee, a supplementary professor; and Jacqueline Toboni as Sarah Finley, who hails from a religious clan and works as an executive assistant. Rosanny Zayas stars as Sophie Suarez, a TV producer. Sepideh Moafi is Gigi, Nat’s (Stephanie Allynne) ex-wife. Nat is Alice’s current girlfriend.

In the second season, the lead cast has been confirmed to be staying on to continue telling their stories.

The L Word: Generation Q Plot: What’s it about?

‘The L Word: Generation Q’ mostly revolves around an ensemble cast, portraying characters, who are lesbians. It follows these individuals as they go about their lives in LA, seeking romance, sexual liaisons, and career breakthroughs — set in a world that mainly appeals to the modern era.

If you have watched ‘The L Word’, then you would know that it is about a gang of quirky lesbians, who reside in West Hollywood, California, and indulge in a gamut of antics. In one case, one of the ladies travels to Canada to tie the not, only to be ditched right at the altar.

‘Generation Q’, the events of which are held a decade later, airs at a time when gay weddings are legal and LGBTQ relationships are far more open. In this bold series, which portrays a comfortable world, where the L-word is a routine part of everyone’s lives, we witness several plot lines being hatched in the first few episodes itself.

The show builds on the material from its original counterpart and introduces us to Bette, who is involved in a campaign that would (maybe) launch her as the first lesbian mayor of Los Angeles. She is also a strong mum to a teenage girl, Angelica.

Next, hairdresser Shane makes a comeback to LA in her own private jet, proving that she has done well in her career. But her personal life is complicated. Alice, on the other hand, who is now the host of a talk show, is compelled to act as a stepmom for her girlfriend’s kids.

Most of the story revolves around this lead trio and follows their trysts with love, sex, and profession. There is also Dani and her partner Sophie, who are Alice’s colleagues. Meanwhile, Micah is a transgender man, who loves experimenting with a myriad of dating partners.

Highlighting the rampant gender diversity in LA, ‘The L Word: Generation Q’ is relatable, to some extent, especially to the modern populace. However, considering that all the characters are either exceptionally rich or attractive, sometimes, the series goes beyond expectations when it involves regular, working individuals. But still, it makes for an interesting watch, as it offers a promise to push boundaries while honoring the original title.

In season 1, we learn that Shane is actually married. With her wife Quiara being pregnant, who believes that Shane need not be involved in the child’s growing-up years if she is not interested, it’s yet to be seen how she will react when the baby gets attached to her. On the other hand, Gigi, Alice’s wife’s ex, has made a comeback. And it will be interesting to see how the dynamics evolve from here. On the other hand, Angie develops feelings for her BFF Jordi. Other questions that need answers are Finley’s measures to control alcoholism and Dani’s relationship with her dad. We hope that season 2 will be able to close off all these hanging threads.

The L Word: Generation Q Season 2 Release Date: When will it premiere?

‘The L Word: Generation Q’ season 1 premiered on December 8, 2019, at 10 PM ET. You can watch all the episodes on Showtime. It consisted of eight episodes and wrapped up with its finale on January 26, 2020.

On January 13, 2020, during the Winter TCA press tour, Gary Levine, President of Entertainment, Showtime Networks Inc. announced: “The L Word: Generation Q took our original series that was revered and reinvigorated it for a new generation and a new era. The result has been a show that appeals to all generations for its relevance, its fearlessness, its emotion and its fun. I can’t wait to see what Marja, along with Ilene and this talented ensemble, will deliver for season two.”

So yes, season 2 has already been confirmed. It will consist of 10 episodes. What still remains to be announced is its release date. But it seems the show-makers are planning for a winter debut. If things fall in place, ‘The L Word: Generation Q’ season 2 should most likely premiere sometime in December 2020.

You can watch the trailer for season 1 below. If you wish to check out the previous season from the series, you can also head to the show’s official website.