Will There Be a The Last Kids on Earth Season 3?

Watching superheroes battle evil villains, inspired by their bravery and awesomeness in every situation, who didn’t, as a kid, want to lead an adventurous life? Wouldn’t you have dropped school the moment you were invited on a quest like that?

Netflix’s ‘The Last Kids on Earth’ tells the story of the kids who get to live this dream. Based on the book by Max Brallier, it follows the story of Jack and his friends as they battle their way in a zombie-infested world. Brallier has written the show with Scott Peterson.

Well, after an amazing season 1 premiere, the show released its second outing. Here’s all you need to know about ‘The Last Kids on Earth’ season 3.

The Last Kids on Earth Season 3 Release Date: When Will It Premiere?

The show presents a fresh take on the zombie genre. The apocalypse from the perspective of the kids is a lot more fun than the tense dynamics of a team of adults in similar circumstances. While the first season sets the stage for the rest of the story, the second installment thickens the plot without compromising with the fun factor of the series.

With a setting of such dark nature, especially with the background of the protagonist, it is difficult to keep the serious tone contained. But Brallier does a great job of converting his story from novel to the screen. With the ending of the second season, it was announced in the 10th episode that the show will return for its third iteration.

Well, there you go! We will have another bunch of new episodes to look forward to in the coming months. With the set-up and content already in place, we can expect ‘The Last Kids on Earth’ season 3 to release sometime in October 2020.

The Last Kids on Earth Season 3 Cast: Who Can Be In It?

The protagonist of ‘The Last Kids on Earth’ is Jack Sullivan. He is voiced by Nick Wolfhard. Nick is known for acting in ‘The Inbetween’, as well as giving his voice to the characters in ‘World Trigger’, ‘Beyblade Burst’ and ‘Under Wraps’. In case his name sounds familiar, he is the older brother of Finn Wolfhard, better known as Mike from Netflix’s sci-fi/supernatural drama, ‘Stranger Things’.

A number of other high-profile actors are also associated with the show. The most prominent of them is Mark Hamill. Best known for playing the role of Luke Skywalker in the ‘Star Wars’ world, Hamill has previously lent his voice to characters like Joker in ‘Batman: The Animated Series’ and The Scientist in ‘The Dark Crystal: Age of Resistance’.

Rosario Dawson is another actor to join the Last Kids team. She is known for playing Claire Temple in five of Marvel and Netflix’s superhero shows– ‘Daredevil’, ‘Jessica Jones’, ‘Luke Cage’, ‘Iron Fist’ and ‘The Defenders’. Her other acting credits include ‘Men in Black II’, ‘Percy Jackson and the Lightning Thief’, ‘Unstoppable’, ‘Death Proof’, ‘Rent’ and ‘Seven Pounds’.

Catherine O’Hara, who is best-known for playing the role of Kevin’s mother in ‘Home Alone’ and its sequel, also lends her voice to the characters in this show. She has also been a part of ‘The Life Before This’, ‘Temple Grandin’, ‘Six Feet Under’ and ‘A Series of Unfortunate Events’. Additional cast includes Keith David (‘The Thing’, ‘Requiem for a Dream’, ‘Rick and Morty’), Bruce Campbell (Ash Williams in ‘The Evil Dead’ franchise), Garland Whit, Montse Hernandez, and Charles Demers.

Most of the above voice artists are expected to return for season 3.

The Last Kids on Earth Season 3 Plot: What Can It Be About? 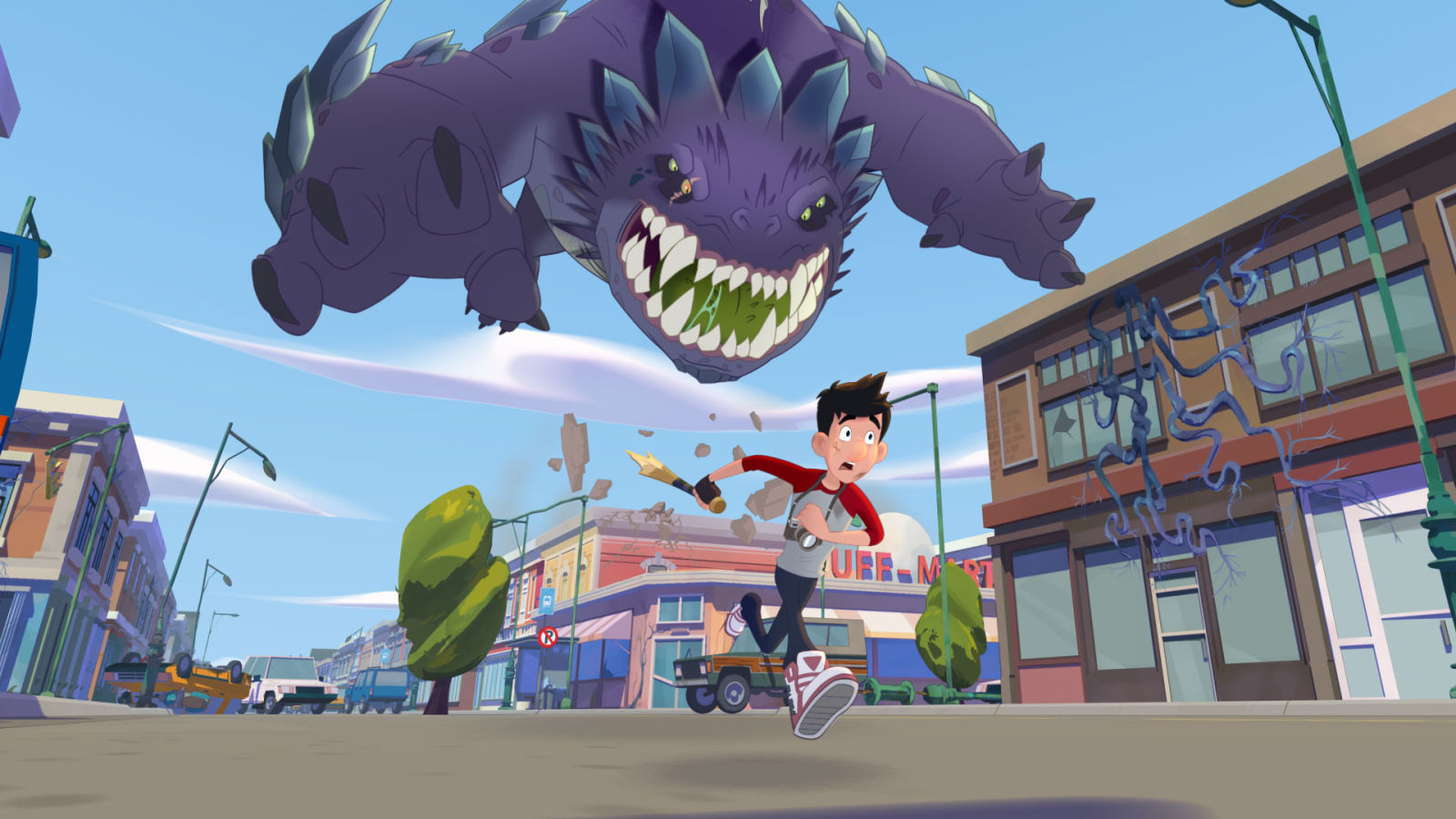 For the rest of humanity, the zombie apocalypse is, well, an apocalyptic event. But for Jack Sullivan, it is an opportunity. An opportunity to start anew, a chance to have all those things he didn’t have in the normal world. Prior to the end of the world, his life was uneventful and hence, felt entirely meaningless. It isn’t just that he is one of those angsty teenagers who can’t get over their whims.

He really has no one to care about or someone who cares about him. Tossed from one foster family to another, he has never had proper friends and doesn’t know what it means to be the part of a family. But all that changes when the world is thrown into a frenzy of zombies who take over the world, and now roam mindlessly, looking for anything they can feast on.

Somehow, Jack manages to survive the end of humanity, and in the process, also saves a couple of other kids. The first one is Quint, his best friend, and a science nerd. The second person he bothered to save is June del Toro. Jack has a massive crush on her. The third person is Dirk Savage. He is a bully, and Jack would have preferred to let the zombies have a go at him, but Dirk has proved to be an invaluable asset.

Years of flexing his muscles on other kids at the school as given him the strength to fight zombies. If nothing, then Dirk can keep them safe. The group hides out in a treehouse. They spend their time playing video games, eating snacks and worrying about nothing. From time to time, they get out of their comfort zone and go on a zombie-killing spree.

The first season mostly introduces us to the characters and sets the stage for the story to unfold. In season 2, the teens go on the ultimate quest. A monster, who is seen in season 1 reaches Joe’s Pizza to give these kids “a true bestiary,” one that’s “powerful enough to stop the coming danger” — according to Netflix. Although Jack is able to tackle one crisis in season 2, it just means the beginning of another. There’s no dearth of issues in the zombie world. We expect the show’s future episodes to further chronicle our favorite crew’s multiple other quests in a monster-ridden planet.

The Last Kids on Earth Trailer

You can watch the season 2 trailer right here.