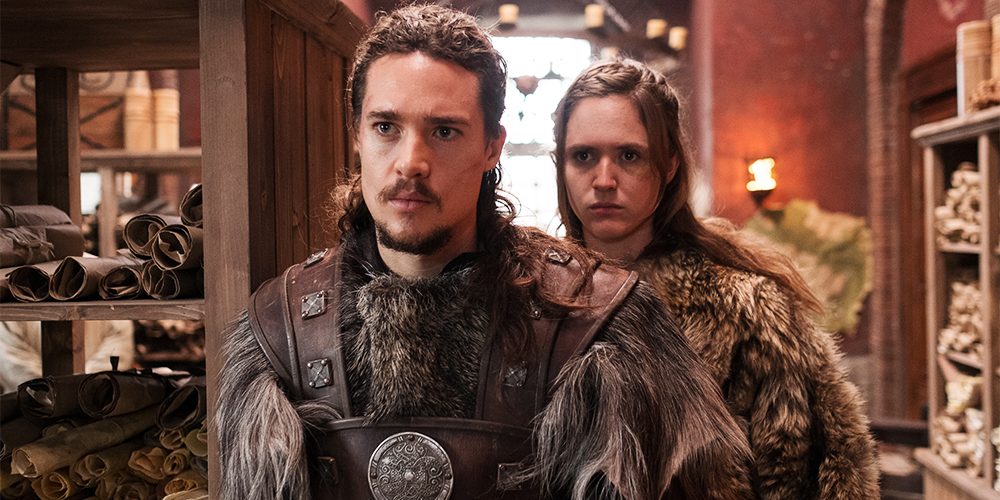 ‘The Last Kingdom‘ is a historical television series filled with epic battles and stunning visuals. The BBC/Netflix co-production (Netflix became the sole producer after the third season) is set in the late 9th Century A.D. when England was divided into seven different kingdoms. The story follows Uhtred, a young Saxon successor who is captured by the Danes as a child. When he becomes an adult, he finds his loyalties being tested by his captors.

Where is The Last Kingdom Season 4 Filmed?

‘The Last Kingdom’ has often been compared to ‘Game of Thrones‘ due to its high production value and an extravagant depiction of epic battles. The story takes place in 9th Century A.D. when England was divided into seven different kingdoms. Given how exuberant almost every frame looks, it is natural for viewers to wonder where the show was filmed. This article will highlight where the fourth season was filmed first, followed by the filming locations of the previous seasons.

The fourth season of the series has mostly been filmed in Hungary, like the rest of the show. Filming for ‘The Last Kingdom’ is mostly carried out just outside Budapest on a set that sprawls over 8 acres. This set is owned by Korda Studios. The site has a man-made lake where some (not all) scenes near the sea are filmed. To be more specific, this set is located in Göböljárás in Fejer county. Have a look at the following Instagram post which includes photos from the set:

Apart from the above, the cast members have also shared a horde of behind-the-scenes photos, which confirm that filming for the fourth season was also carried out near Budapest, Hungary. For instance, the actor Magnus Bruun shared the following photo after shooting for the season had finished:

A very big & bearded kiss to all cast and crew on @thelastkingdom season 4! ‘It’s a wrap!’ – Also a big kiss to this dead Saxon dude. I really didn’t get to know him as much as I would’ve liked to, but then again – he did have an attitude and a strange accent..🤘🦊💋 #onceacnut #thelastkingdom #kysdetnudetsatansliv

He had also shared several other pictures while filming. Have a look:

Oldies but goodies! Together with @thelastkingdom ‘s very own Scottish Marky Mark – the one and only @markrowley90 🔥 (season29 and counting)

Oldies but goodies! Together with @thelastkingdom ‘s very own Scottish Marky Mark – the one and only @markrowley90 🔥 (season29 and counting)

Bruun is not the only one who shared photos when filming was going on.

Just thinking hard about what flavour Doritos I’m going to eat later. #cooloriginal #chilliheatwave #tangycheese #hintoflime #roulette. 🌶🧀🔥. I wasn’t aware until I began my extensive research on Dorito flavours that America has an entirely different and varied plethora of flavours in stark comparison to the humble British selection. We have been deprived. I will venture on my Dorito quest to the States and fill up on a much more assorted and multifarious compilation of corn snacks. @thelastkingdom #thelastkingdom

Apart from Budapest, a few other posts by Bruun have also revealed another filming location: Pest County in Hungary (Páty and Sóskút, to be specific). From the first post, it appears as if a battle scene had been filmed in Páty. Have a look:

So today I killed most of these people again and again and again. ⚔️🛡🔥#thelastkingdom #stunt #rehearsals #teamCnut vs @leventelezsak and his Hungarian Saxons! ⚔️🦊⚔️

Just another day at the office…

Hanging up Cnut’s hair and losing the beard after wrapping my scenes for #TheLastKingdom season 4. 👊 I’m looking forward to you all seeing just how much of a Cnut I’ve been. Because as you know; Once a Cnut always a Cnut.. 🦊🤘#foxdressedinfox #onceacnut #stayclassybudapest

Furthermore, Mark Rowley also shared how filming was carried out in the kingdom of Wessex and how the crew won free tickets to a festival. Those who have watched ‘The Last Kingdom’ would instantly know that he was joking (Wessex was a kingdom in southern England).

We won free tickets to the Wessex Wireless Festival. 4 days luxury camping and a VIP pass to the main stage. It had nothing to do with Princess Aethelflaed being a royal and knowing the event organizers. It was just pure luck. Our tickets arrived in a golden tube thing. So happy guys!!! #wessexlife #wessexmusicfestival #coachella #glastonbury 900AD