Where is The Last O.G. Filmed? 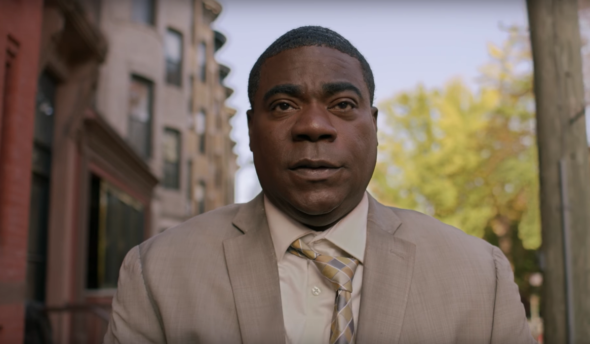 ‘The Last O.G.‘ is a television series that captures change aptly. Change is not only a law of nature but the only constant. The Tracy Morgan starring television series chronicles the experiences of an ex-con named Tray, who gets released from prison after fifteen years. The first thing that Tray notices is how Brooklyn has been gentrified. Instead of glorifying the gentrification or relying on stereotypical hipster jokes, ‘The Last O.G.’ successfully manages to document the complexities of gentrification. And this is not just something that is depicted in the background. This is what Morgan told Vanity Fair: “The Last O.G. isn’t a show about the community. It’s a show starring the community.”

Where is The Last O.G. Filmed?

As mentioned earlier, ‘The Last O.G.’ revolves around a man who returns to Brooklyn after spending several years in prison. He sees a new Brooklyn, a more gentrified one. There are organic food cafes and Caucasians roaming the streets without fear.

As one would have guessed, the setting of the show is integral to it. In fact, the setting functions like another character. It serves as the very driver of the narrative. Hence, it is natural for viewers to wonder whether ‘The Last O.G.’ was actually filmed in Brooklyn or not.

Viewers would be happy to know that ‘The Last O.G.’ was actually filmed in Brooklyn, New York. The setting plays a crucial role in ‘The Last O.G.,’ and the makers need to represent it authentically. Authentic representation is what the show is about in the first place. The gentrification of Brooklyn is a notable theme that is depicted in the series.

Several locations within Brooklyn appear in ‘The Last O.G..’ A large part of the filming was carried out in Caroll Gardens. Apart from, that filming also took place on Prospect Park. Williamsburg and Sheepshead Bay also served as filming locations. Moreover, according to local sources, filming took place at Cadman Plaza West and Montague on November 25, 2019.

Brooklyn residents might have seen filming notices in their neighborhood since several productions have been filmed in the borough. Have a look at the following post, which shows a filming notice for ‘The Last O.G.’ It reveals how filming was carried out on Hicks Street.

Moreover, another post (attached below) reveals how filming was carried out in Park Slope. A few other sources reveal how filming also took place in Astoria.

Read More: Is The Last O.G. Based On Tracy Morgan’s Life?