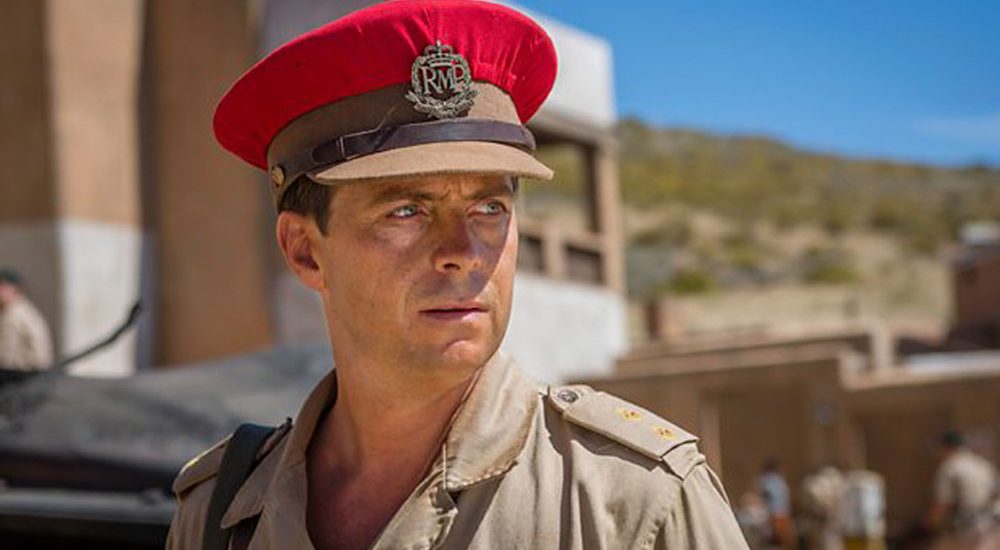 On October 1, 2017, BBC One premiered a drama series called The Last Post. The series is created by Peter Moffat and features a British ensemble cast. The historical drama series is set against the backdrop of the Aden Emergency (the armed insurgency against the British Forces during the Cold War). The story revolves around the lives of the local population and a unit of the Royal Military Force stationed over there.

Peter Moffat is a homegrown figure in the historical drama genre. He previously wrote the BBC One series The Village and created the British drama Undercover. The music for the show was created by the band Solomon Grey which is known for providing the score on The Casual Vacancy (miniseries based on J.K Rowling’s novel of the same name). On May 2018, it was confirmed that The Last Post season 2 has been cancelled, thus deeming it to be a miniseries.

The series starts with Captain Joe Martin arriving in Aden with his wife Honor. He replaces the outgoing Captain Nick Page. Martin’s appointment is met with some backlash from the soldiers on duty. They were of the opinion that the already present Lt Ed Laithwaite should have been made captain. Amidst all of this Honor becomes a friend with Laithwaite’s wife, Alison who was having an affair with the previous captain. While trying to shoot an officer, Captain Page gets ambushed along with his driver. After the ambush, an insurgent leader named Starfish becomes the main target of the army. They are assisted by the Royal Military Police in their mission.

The group also had an American reporter, Martha Franklin. Major Harry Markham underestimates the enemy, and the whole unit walks right into a trap. Markham faces a moment of a dilemma when he has to choose between the compromised unit and his wife, who is suffering from complicated childbirth. Starfish forces the American reporter to film a horrific atrocity. After that, we learn that Starfish is captured by the paratroopers. Major Markham orders Captain Joe Martin to recover the film from Martha Franklin.

Meanwhile, Mary Markham leaves Aden and returns home with her newborn baby. We also find out that Alison is pregnant with Captain Page’s child. The situation at the Markham family goes south when the domestic help Yusra disappears with Mary Markham’s baby.

The RMP and different units mount an edgy quest in the town for Yusra and George. The Royal Scots unit discovers George’s teddy bear at Yusra’s home. Yusra’s mom and brother are captured, and her dad killed when he tries to escape. Major Markham is urged to conduct an interview with Starfish. Alison considers the possibility of self instigated abortion. Honor finds the film her husband had recouped and the film which everyone thought was destroyed. Laithwaite gets to George’s location and needs to act before help arrives. Alison gets into a difficult position when she finds out that she is carrying twins. An 8mm film is found of George (the Markham baby) under the threat of decapitating. Mary Markham accepts there is a message in the film from Yusra. A deadline for 18.00hrs is put on George’s life. Kadir Hakim must be released within that time if they want the boy alive.  Yusra sends a coded message of George’s location.

Major Markham’s requests to his superiors fail to get noticed as Hakim is moved to the coast by Captain Martin and Corporal Armstrong; the two soldiers that know about George’s whereabouts. Captain Martin is captured for permitting the escape of a prisoner of war. Corporal Armstrong leaves camp to keep away from capture and help Yusra; just to find her gone and her family burned alive in their home. Honor restores the film with the photos of Starfish’s atrocity to Martha Franklin. Martin is protected by Laithwaite during his trial. Martha Franklin meets with Starfish. Major Markham finds composed proof of an arranged secret meeting between a British Government minister and Starfish. The series concludes with a cliffhanger as Armstrong discovers Yusra in the desert.

When the show aired, Peter (the creator) said, “ Men full of vim, vigour and a desire to be heroes in a situation where that isn’t always possible; alongside young women who are starting to feel the emancipation of the Sixties and a sense of new freedoms but who are living in a constrained setting where their role is supposed to be merely supportive”. He then added, “This was my parents’ world and one I have wanted to write about all my career.”

Jessie Buckley stars in the series as Honor Martin. Buckley is known for her appearances in popular BBC shows like The Woman in White and Taboo (alongside Tom Hardy). She most recently starred in the HBO-hit Chernobyl. Lieutenant Ed Laithwaite is played by Stephen Campbell Moore. He is best known for playing Irwin in the British play The History Boys and its subsequent film.

Amanda Drew known for starring in movies like A Streetcar Named Desire (2012) and Three Days in the Country (2015) plays Mary Markham. Ben Miles plays the role of Major Harry Markham, a soldier trapped between his personal and professional worlds. Jessica Raine who portrayed Hide in Doctor Who series 7, stars as Alison Laithwaite. Additionally, Chris Reilly stars as Sergeant Alex Baxter. Reilly won a BAFTA (Scotland) Best Actor for his role.

The Last Post Season 1 premiered on October 1, 2017. It is sadly the only season that this show will see. BBC One decided to cut loose of this show as early as season 1. Season 1 aired till November 5, 2017. In an interview, BBC confirmed the cancellation and added that even though The Last Post was a brilliant series, it wouldn’t return as they were looking for new ideas and stories to tell. Also, according to BBC, the viewer rating was not good enough to renew the show for another season.

However, season one is available on DVD and on Prime Video. Here’s the trailer for season one