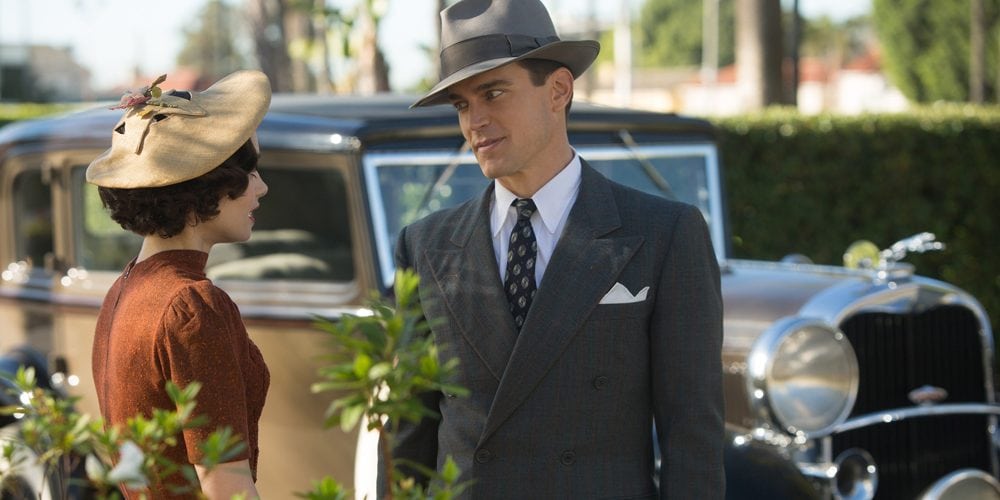 Very few people write stories better than F. Scott Fitzgerald, so when his last book (published posthumously) ‘The Last Tycoon’ got made into a television series, it understandably created quite a lot of hype. The series airs on Amazon Prime and first premiered on June 16, 2016. It has been developed for television by Billy Ray, who is known for works like ‘The Hunger Games‘ and ‘Captain Phillips‘.

The premise of the story takes place in Hollywood in 1936 and focuses on the first wunderkind studio executive, Monroe Stahr, and follows the power struggle that takes place between him and Pat Brady, his mentor and the current head of the studio. With an amazing cast, the show delivered some wonderful performances, but when compared to the source material and the richness of Fitzgerald’s tale, it did not simply translate that well onto the screen.

The Last Tycoon Cast: Who is in it?

The cast of ‘The Last Tycoon’ is led by Matt Bomer of ‘White Collar‘ fame, who plays the part of Monroe Stahr, a producer, and a widower. Kelsey Grammer, known for ‘Frasier‘, plays the part of Pat Brady, his mentor, Lily Collins of ‘Okja‘ fame, appears as Pat’s daughter Cecilia, Rosemarie DeWitt is seen as Pat’s wife, Rose, who has an ongoing affair with Monroe, and Dominique McElligott appears as Kathleen Moore, who eventually becomes Monroe’s love interest, as she reminds him of his wife.

The Last Tycoon Plot: What is about?

‘The Last Tycoon’ is a TV adaptation of the novel written by Fitzgerald. It depicts the life of a young talented studio executive and how he is on the path to fame, but still faces problems with this boss and mentor. It portrays the power struggle between him and his scheming boss.

The story sees Monroe pining for his lost wife as he attempts to fend off the advances of Cecelia, the 19-year-old daughter of his boss, Pat. However, Monroe is not quite the perfect gentleman, because we see him having an affair with Pat’s ignored wife, Rose. Despite this complication in his love life, his true love is cinema, and he does not pass up a chance to remind us that they matter to people a lot. However, Monroe has another complication, and that is his heart. He realizes he does not have a lot of time left and wants to make the perfect movie as a memento for his wife. This puts him at loggerheads with his mentor Pat, who is concerned about various ways to fund his studio, and thus there are clashes in vision between the two.

Making matters worse, Pat needs support from Nazi Germany, because people love films there — people in the US were suffering from the Great Depression at that time. Monroe, being a Jew, takes umbrage to this. In the meanwhile, he also begins to fall for an Irish woman, who reminds him of his wife who was also Irish. This is almost too much content to balance, and the show struggles under the weight of all the plot points.

The Last Tycoon Season 2 Release Date: Will it Happen?

The Last Tycoon season 1 premiered on July 28, 2017. Unfortunately, show’s first season was also its last. On September 7, 2017,  Amazon called off the series. Coincidently, Amazon decided to cut off ‘The Last Tycoon’ just days after it axed ‘Z: The Beginning Of Everything’ which happened to be based on the story of Zelda, the wife of the author, Fitzgerald. The move came as part of Amazon’s attempts to tighten their finances and move towards shows with higher chances of success.

Billy Ray, the producer, tweeted on Twitter that: “Amazon made their decision. We will seek another home. This cast & story deserve that. #tycooners. I love you. I’m still the luckiest guy ever”. However, since it has been some time and the show has still not found another home, we can conclude that ‘The Last Tycoon’ Season 2 stands canceled.

Should You Watch The Last Tycoon?

‘The Last Tycoon’ is often compared to ‘Feud: Bette and Joan‘, ‘Hail, Caesar!’ as it shows us the madness of the show business, the dysfunctional personalities of the people in the movie industry. Keeping that in mind, Billy Ray aims to capture that energy while maintaining some sort of dignity, the two of which do not seem to go hand in hand. People have even compared the show to ‘Mad Men’. To a certain extent, one can see why. The show is set in the past decades, shows several sexual affairs, focuses on the gifted and talented people while keeping in the dark their real identities and does a fantastic job in the costuming department.

However, when we really break down ‘The Last Tycoon’, it comes across as a period piece that stumbles on its own ambitions. The best analogy for the show can be drawn from the series itself where a vase of sentimental value is broken and Monroe tries to have it fixed. Although the various shots of the vase being made whole again should carry an emotional message, it comes across as slightly comical. The same can be said for the entire show, which seems more superficial than immersive. The Hollywood Reporter also comments on this, saying, “the writing feels (and sounds) like it wants to mimic the era without showing an ounce of believability, even though several fine actors do their best with the material… there’s rarely a moment when you’re not hyper-aware that you’re watching actors act like they’re in a period piece, spouting dialogue that sounds like it’s rehashing conversations from past movies.”

You can check out the trailer for ‘The Last Tycoon’ below. If you have not seen the series, be sure to watch it if you are a fan of period pieces.