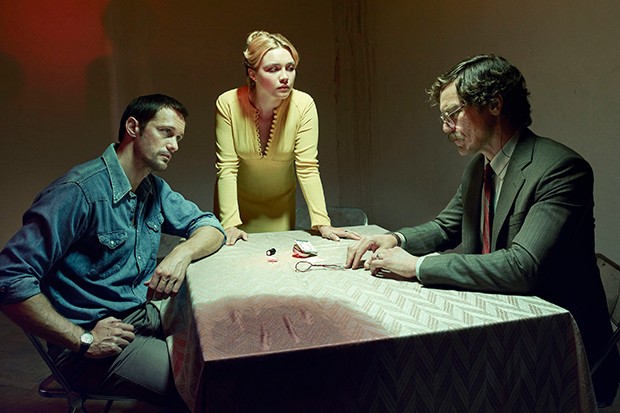 The Little Drummer Girl, based on the novel of the same name penned by John le Carre, is a British American Television series that premiered in the United Kingdom on October 28, 2018, and in the United States on November 19, 2018. The espionage series is directed by Park Chan-wook and its filming locations include London, Athens, and Prague. The show was originally released on BBC One (UK), and AMC (US). The combination of a uniformly terrific cast, an assured plotting, and an extraordinary art direction led to The Little Drummer Girl being a highly praised series of recent times.

The Little Drummer Girl Cast: Who’s in it?

The Little Drummer Girl features the following cast members: Michael Shannon is seen as an Israeli spymaster who works in a clandestine agency, called Martin Kurtz. Shannon is popular as an actor and musician from America with notable roles in Revolutionary Road and Nocturnal Animals, which led him to get nominated for an Academy Award in the category of Best Supporting Actor.

As Charlie, Florence Pugh is in her early 20s, a radical left-wing English actress in the series, who, in 1979, is sucked into a story of espionage. Alexander Skarsgard (True Blood, Legend of Tarzan, and Generation Kill) is seen as Gadi Becker, a man who is shown to be mysterious by nature. Charlie encounters him in Greece on holiday, later becoming her fling. He turns out to be an Intelligence Officer of Israel. Michael Moshonov is seen as Shimon Litvak, who is a Kurtz team’s key Israeli member. Clare Holman plays the role of Miss Bach, who is an Englishwoman and a key member of Kurtz’s Munich team.

Florence stated in an interview: “It’s huge, and I feel for everybody it’s a frightening factor to start out trying into as a result of there’s simply a lot. My mind has grown up. I’ve grown up. I’m massively sympathetic to either side. Charlie is the viewers’, primarily. She is a novice, she is a beginner. She is somebody that’s not used to this, and we’re the viewers trying by her eyes. And it asks you, what would you do within the scenario?”

The Little Drummer Girl Plot: What is it about?

The Little Drummer Girl is a six-part miniseries, the story of which is based on the best-selling novel by John le Carre. The show takes us back to 1970s classic love story, weaving a tale of international intrigue and espionage. Charlie (Florence Pugh) is an idealistic, young beautiful actress who goes to Greece to spend her holidays. There she meets a mysterious man by the name Gadi Becker, with whom she starts to fool around. Becker is revealed to be an Israeli intelligence officer leading on Charlie towards a high stake, complex plot carefully devised by Kurtz, the spy mastermind. She gets trained to be a spy and takes up the lifetime role of a double agent. While diving more and more deeply into the world of danger filled with compromised humanity and duplicity, she starts to fall in love with both Kurtz and Becker.

Alexander Skarsgard explained his take on his character in an interview: “I hadn’t done anything similar to this, and I don’t know if you’ve read the novel, but it’s an incredibly exciting character to play, that kind of duality of him, and the role-play and the back and forth. It’s psychologically very, very interesting to explore. Director Park left it kind of up to me to decide when I felt that I was Becker, and when I was Michel, and how genuine it was, and how vulnerable he was.”

The Little Drummer Girl Season 2 Release Date: When will it premiere?

The Little Drummer Girl season 1, comprising of six episodes, premiered on November 19, 2018, and concluded on November 21, 2018. In the UK, the channel released one episode each week whereas, in the US, two episodes were aired for three days in a row.

As the series is based on the novel, ‘The Little Drummer Girl’, the renewal of the show seems unlikely because season 1 has covered most of the plot from the beginning to end, and the novel has no sequels. However, the finale of The Little Drummer Girl had a vague ending, leading fans to think if there could be a sequel. It doesn’t help that The Little Drummer Girl has been promoted as a limited series from the start. If season 2 is commissioned, we should be seeing an original script written exclusively for the channel to take the storyline forward. If that happens this would be the second time after Big Little Lies that Alexander Skarsgard would return in a series that was meant to be a one-off. If at all the show gets renewed, The Little Drummer Girl season 2 can release sometime in 2021. We will update this section as soon as we hear more.

While we wait for an update on season 2, check out the season 1 trailer to refresh your memories. If you haven’t seen the show yet head over to AMC to catch all the episodes of the previous season.