Where Was The Lost World Jurassic Park Filmed? 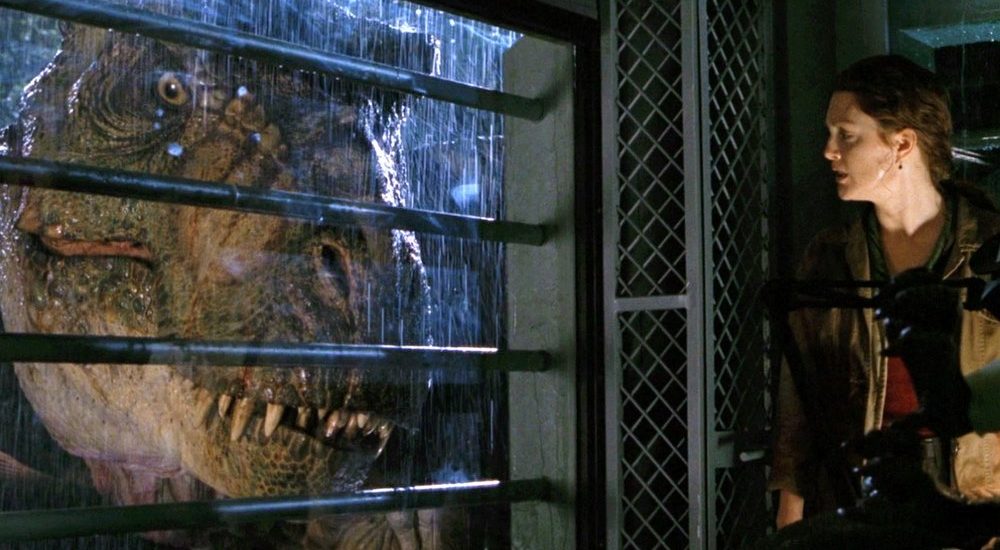 Directed by a master of adventure films, Steven Spielberg, ‘The Lost World’ is the second movie in the Jurassic Park Series and a sequel to ‘Jurassic Park’ (1993). Undoubtedly, one of the most captivating sci-fiction movies in the childhood of almost every 90’s kid. A storyline filled with a chain of thrilling scenes is no less than a once-in-a-lifetime safari. While Dinosaurs returned to the big screen, visual effects also established a new level of proficiency with ‘The Lost World.’

To create something as unusual as this onscreen, more than regular efforts are required offscreen. Production designer Rick Carter traveled to different parts of the world including Hawaii, Puerto Rico, New Zealand, and Australia to find the precise shooting locations. South America and Costa Rica were not even considered for filming as the shooting period was scheduled when it rains heavily in those regions. They still managed to bring the tropic essence in the movie as the tropical sound effects, originally recorded in Costa Rica, were added. The final locations where ‘The Lost World’ was filmed can really come as a surprise to many.

The Redwood Forests of Eureka, California 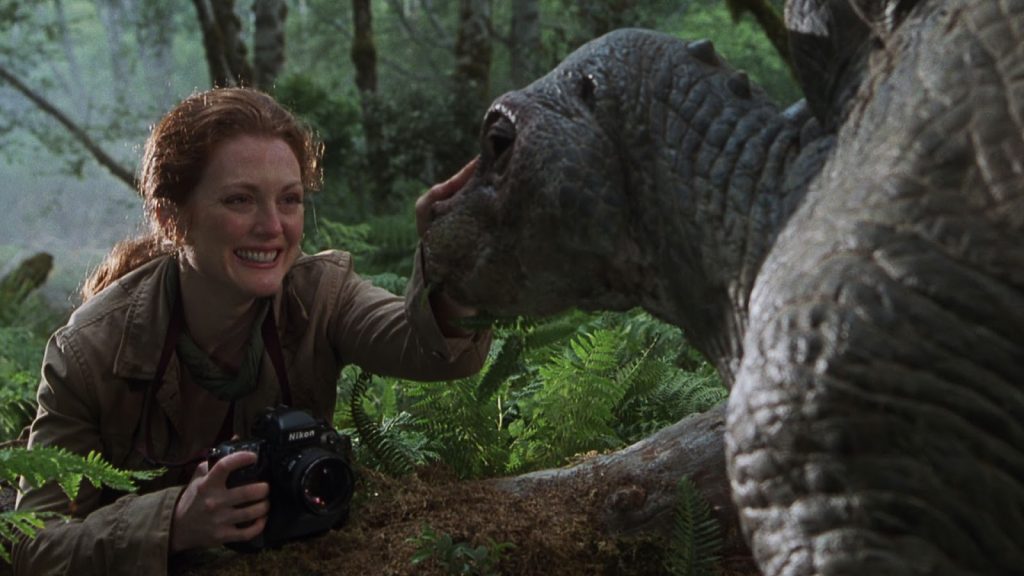 Unlike the first movie, that was filmed in Kauai County, Hawaii, ‘The Lost World’ was supposed to be filmed in New Zealand. Due to the high cost in New Zealand and financial benefits offered by Humboldt County, director Spielberg agreed on California. Hence, it became a central location where most parts were filmed. With some assistance in scouting the spots in Prairie Creek Redwoods, the team finally began to film. Spielberg had to commute via bus to the remote shooting location daily. The team selected this location based on research which stated dinosaurs lived in forests like Eureka, not the tropical forests.

The filming started in Fern Canyon, Prairie Creek Redwoods State Park. A couple of weeks later, the team moved to another location – Eureka, Patrick’s Point State Park – for further scenes. A private property located in Fieldbrook was the last spot of filming. 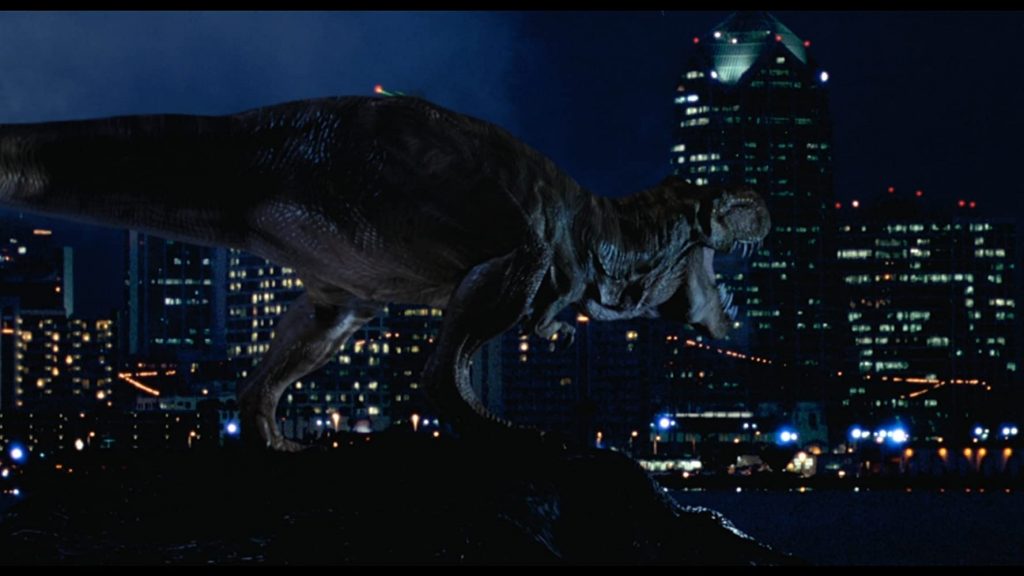 After the on-site shoot, the movie filming continued in Universal Studios, Hollywood. The production crew faced space issues in Hollywood. They had to switch between various stages at Universal and those were not in use at the time. Filming in the studios may sound easier but the team had to go through different ideas for almost every scene. After all, it was not all special effects.

A workers’ village was built on the set which was not brought down after the completion rather it was left as it is to be included in the theme park tour. An entire mountainside had to be built over the parking garage of Universal. The mobile trailer lab was, in reality, a 1997 Fleetwood Southwind Storm RV. Various scenes were shot for the trailer with the lab in Eureka and studios. To top the chart, at one point, the crew even had to grow grass on the set!

During the final week of shooting in California, the scene of Hammond’s residence was filmed at Mayfield Senior School in Pasadena, California. A scene where documentarian and photojournalist, Nick Van Owen (played by Vince Vaughn) rise out of a lake was also filmed here. 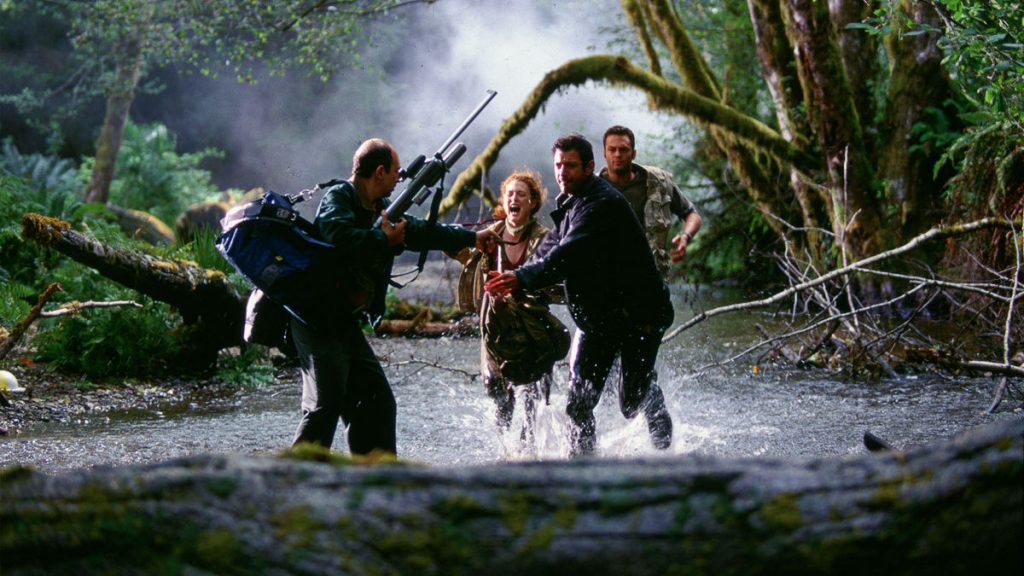 Director Spielberg filmed many scenes of the first ‘Jurassic Park’ in Kauai. The legendary shot where Compsognathus strikes little Cathy Bowman was shot on the beachside of Kipu Kai Ranch. Near the ending, scenes were filmed in a vast area not so far from the beach. Compared to the first movie, ‘The Lost World’ has just minutes-long scenes shot in Hawaii.

The production team decided to have a week’s shooting to take place during the winters in Fiordland National Park, New Zealand. The first scene was to be filmed here. But again it had to be canceled and they settled with Kauai County Hawaii. At last, the opening scene of The Lost World was filmed in Hawaii. The second unit crew shot this scene instead of Spielberg who was present on the spot too. The shooting of The Lost World didn’t go as Director, Spielberg originally planned yet it became another groundbreaking addition in the series.