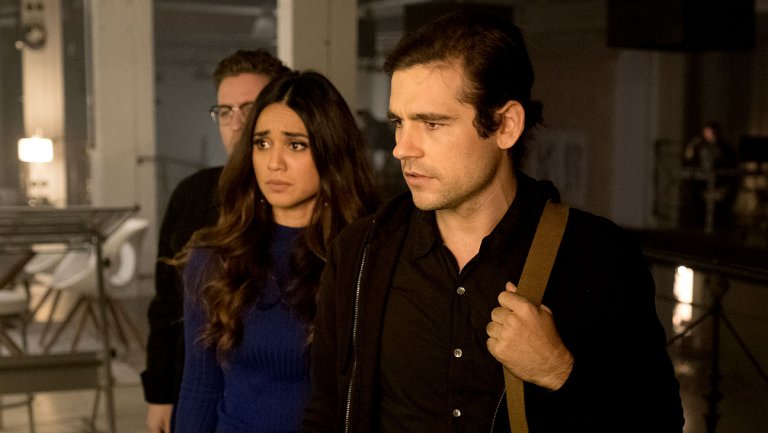 The Magicians is an adaptation of the eponymous novel, written by Lev Grossman. The fantasy drama airs on the SyFy channel and revolves around Quentin Coldwater, who joins the Brakebills University for Magical Pedagogy. Here, he wishes to hone his magical skills.

In the process, Quentin is introduced to a real world of magic and fantasy, which he thought had only existed in childhood fairytales. However, he also realizes that some of the inhabitants in this parallel realm might pose a danger to humanity. On the other hand, Quentin’s best friend Julia is not given entry into the facility and she goes searching for another place that would recognize her talent.

The inaugural installment of The Magicians opened to positive reviews. It was lauded for its impressive special effects and innovative storytelling. Hence, it was renewed for a second season, which also received good approval ratings — because of an improved plotline with elements of cynicism and danger. The show’s consequent third and fourth seasons were described as unpredictable and entertaining while delivering “heady twists” and “spellbinding turns”.

In January 2019, Syfy renewed the series for a fifth outing, which premiered in January 2020. With season 5 having reached its end, here’s all you need to know about The Magicians season 6.

On March 3, 2020, Deadline reported that the makers of The Magicians had written the season 5 finale to serve as the overall conclusion for the series. SyFy confirmed the news in a statement, where it said: “The Magicians has been a part of our Syfy family for five fantastic seasons. As we near the end of this journey, we want to thank John McNamara, Sera Gamble, Henry Alonso Myers, Lev Grossman, and our entire brilliant cast, crew, writers, and directors for their beautiful creation. But most of all, we thank the fans for their tremendous support and passion. Because of you, magic will be in our hearts forever.”

Although the channel did not explicitly cite any reasons for the decision, we do know that the fifth season of The Magicians averaged 881,000 Live+7 total viewers, with approximately half of the number belonging to the 18-49 demographic. Yes, this is a good number for a cable series as compared to others with steadily decreasing ratings. But the figure is only 50% of the viewership of The Magicians seasons 1 and 2. Therefore, we believe that low numbers were the primary reason because of which SyFy axed the show.

To sum it all up, The Magicians season 6 stands officially cancelled and season 5 serves as the final installment from the series.

Read More: 7 Best Shows Like ‘The Magicians’ You Must See