What is The Main Event Based on? 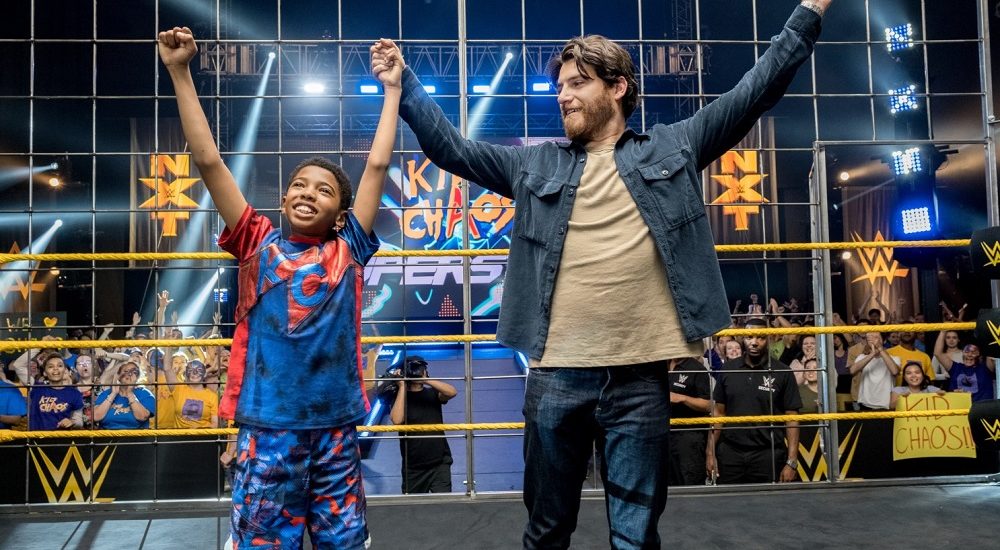 ‘The Main Event’ follows the story of an eleven-year-old boy named Leo. On the run from his bullies, he stumbles upon a mysterious, though very stinky, mask. When he puts it on, he discovers that he becomes much more confident and powerful. At first, he uses the mask to fight his bullies, but when the chance to make his dreams come true arrives, he can’t say no to the opportunity.

As we move forward in the story, we come to know about various personal challenges of Leo and how he has to grow from them to turn around his life. While there is a fantasy element in the story, it hits close to home, because a lot of people have dreamed of something similar. Let’s find out more about where ‘The Main Event’ finds its inspiration.

Is ‘The Main Event’ Based on a True Story?

No, ‘The Main Event’ is not based on a true story. It is a sports fantasy drama directed by Jay Karas, based on the original story by Larry Postel. Even though the film does not take inspiration from the life of a particular person, it does draw inspiration from the dream of every WWE fan. Everyone wishes for the mask that Leo finds, but it does not exist.

As a kid, Karas, too, had been a massive fan of the sport when Hulk Hogan had caught everyone’s fancy. So, when he came across the story written by Postel, he knew he had to be a part of the project. He had found a way to make his childhood dream come true, even if it was just with a wrestling movie.

Because the film had the elements that would put it very close to the genre of superheroes, he wanted to keep it simple. He wanted this to be the tale of an eleven-year-old who focuses on making his dreams come true with his newfound powers. He doesn’t have to bear the weight of saving the world just yet. Apart from this, the director also wanted to make a family movie. He wished for ‘The Main Event’ to be something that he could watch with his son, hoping the same for the audience.

The film might not be based on actual events, but it does incorporate some genuine parts of the WWE world. Several WWE superstars appear in the movie in various roles. Kofi Kingston makes an appearance in the final act and even meets with Leo and his grandmother, to whom he takes a special liking. Mike “The Miz” Mizanin plays the role of the host. Sheamus plays the part of the referee, though he is beaten up by Samson.

Otiz Dozovic plays the role of Stinkface, whose methods of fighting might not seem agreeable to everyone. Babatunde Aiyegbusi also features in the film. Though, the most important of all is Keith Lee, who appears as Smooth Operator, a fighter who befriends Leo and eventually gets the contract to become the next WWE superstar.

Read More: Where was The Main Event Filmed?