Netflix Review: ‘The Man Without Gravity’ is a Dollop of Positivity 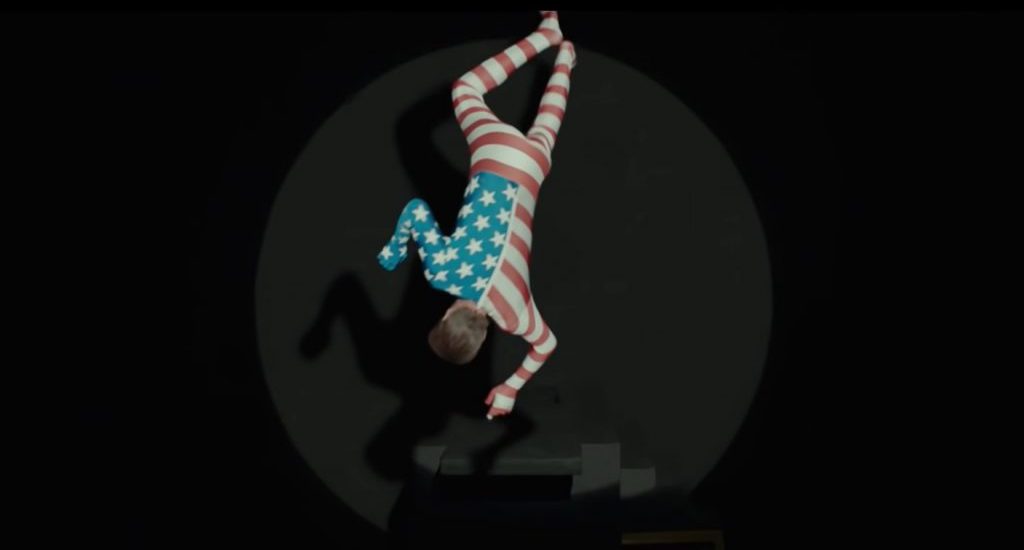 In the number of times you have had a meal during the day, Netflix seems to have signed on to do another original TV show or film to add to its vast, ever-growing library. Official figures for the streaming giant are hard to obtain, but I am pretty sure my estimation would still serve as a ballpark, and the sheer number of releases this week that we are still catching up with puts my point across in surety.

However, while I periodically question the quality vs quantity concern as I review week after week of mediocre content, I find a deep-rooted paradigm at the core of these movies. Whatever may seem to be the reason here, despite being primarily a Hollywood based resource and streaming service, Netflix has done considerably better when it comes to producing original movies from other nations and languages than it has done on its own turf, and the film under question here, an Italian language feature proves just what I am saying.

The first movie that came to memory upon viewing Netflix’s latest Italian feature, ‘The Man Without Gravity’ was the whimsical, beautiful Guillermo Del Toro directed fantasy romance ‘The Shape of Water’, and while the two films aren’t necessarily alike in the most obvious sense, the former does carry an evocation to romances with a tinge of the whimsy and fantastic.

Quite fairly, ‘The Man Without Gravity’ isn’t as impeccably and sensitively made as the Best Picture Winner from 2017, but has a beating heart and a child-like innocence about it that’s hard not to admire. The whimsy in this case though is the titular protagonist, Oscar, who is born with a weightlessness that allows him to refute the laws of gravity, and well, float when untethered. 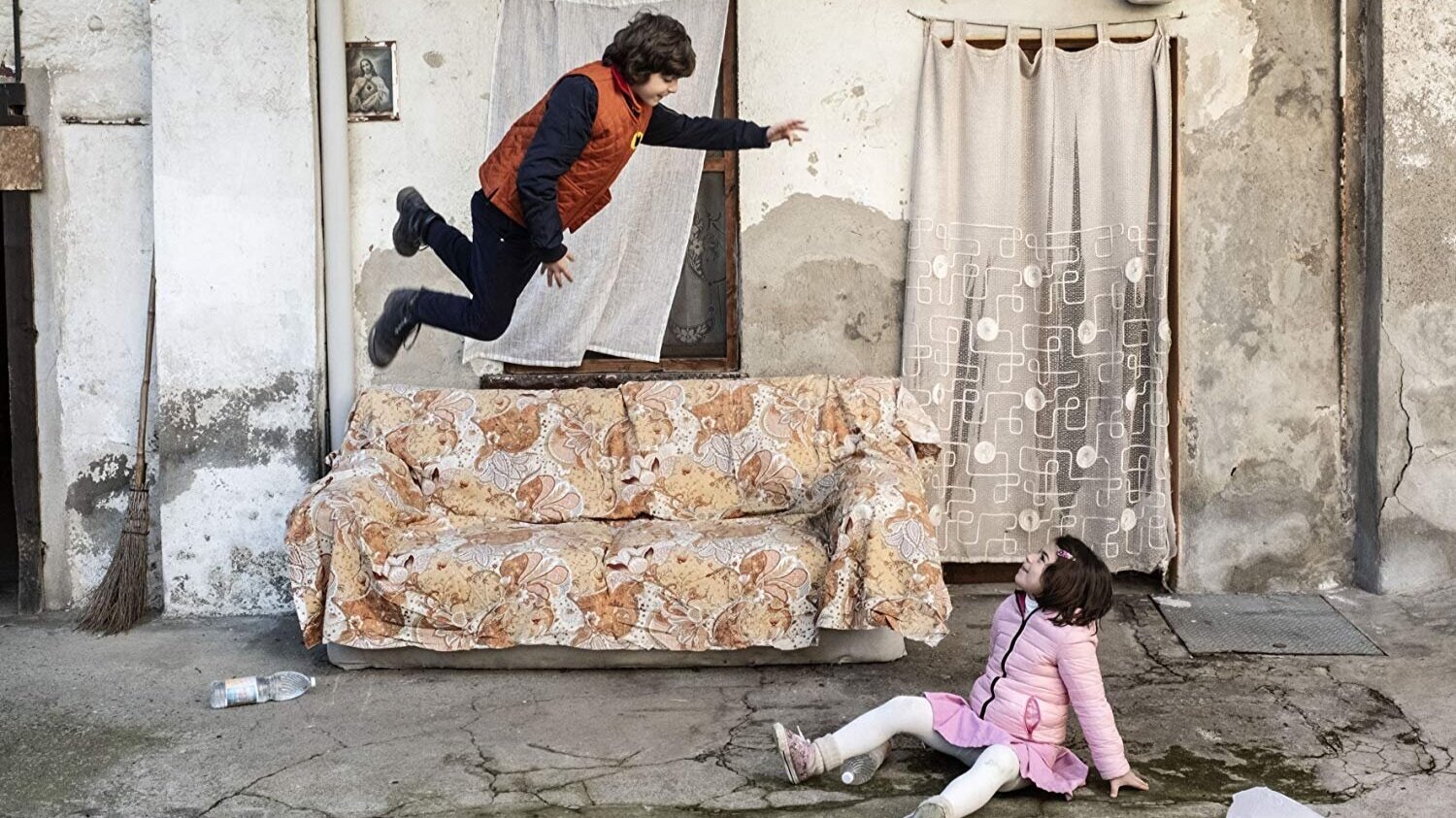 The film takes a rather conventional approach in telling its story, opening with the thunderous night of Oscar’s birth, almost as if implying that there is something supernatural about Oscar’s abilities, but the rest of the film assumes a certain levity melded with realism in characters, that make it anything but. It is then indeed that very levity that helps disarm its audiences of any claims of the physics or the mechanics of him floating around being blasphemy. The film, its protagonist, and his story are simple tales of fantasy, quite heartfully told. Plain and simple.

‘The Man Without Gravity’ greatly benefits from two pivotal performances that also lend the film most of its feel good and emotional moments. The first, of course, is of its leading man in Elio Germano, who, after an affable Pietro Pescara has marked his turn as the young Oscar, infuses the grown up version of him with nearly the same child-like charm that makes you root for him in his most trying times, his inability to ‘fly’ bearing terrible burden on him, both literally and figuratively.

The second, is of Michela Cescon as Natalia, Oscar’s mother who stands by him in his moments of solitude and confinement in his house for fear of discovery of his condition; a wholly understanding figure, although her own internal struggles during this time would have made a great addition to the drama. In fact, the mother son relationship in the film is the giant beating heart of this fantasy drama, before it switched tracks post a tragic development to become a love story seeking freedom and fulfilment. 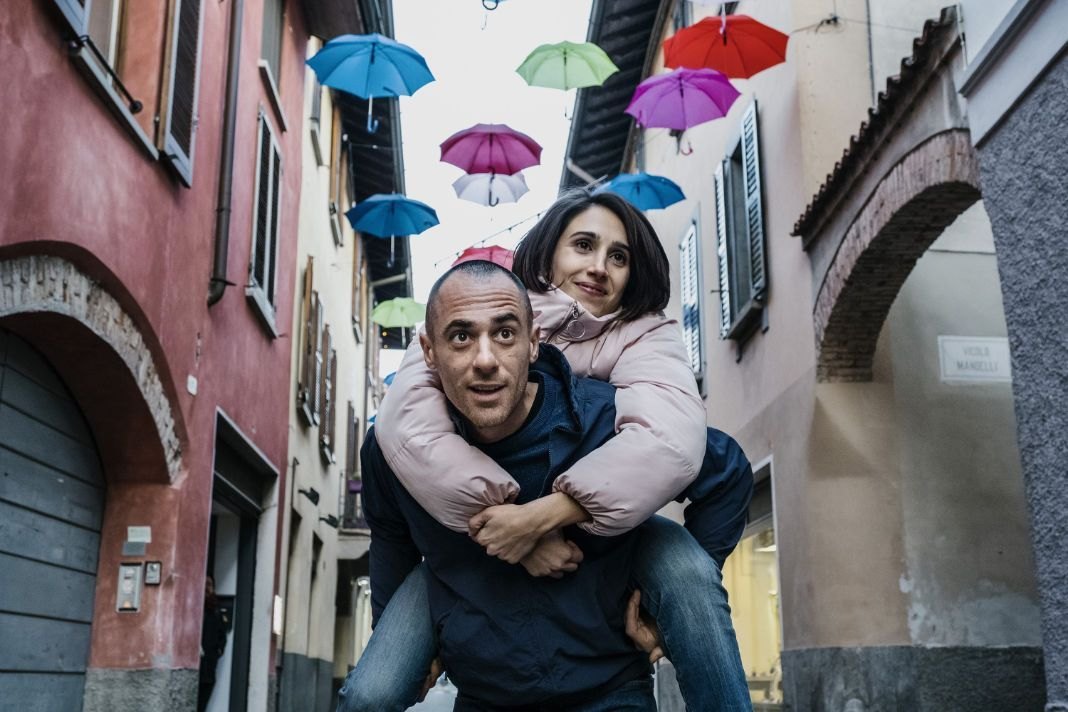 That’s not to say that the film is without problems, since as is often the case with films of fantasy, rooted in whimsy, while trying to maintain a touch of realism, they struggle with maintaining balance. Lamentably so, the film after exploring what Oscar’s childhood was like as the child without gravity, so to say, with a touch that was arguably lighter than the rest of the film, gets all too real too quick, and while I can certainly see that as a cinematic choice in contradictory narratives, I must admit that it didn’t entirely work for me. More so, since that invariably also leads to the pace dropping to a near flatline in the portions before Oscar elopes from home, and a new part of his life begins. I hate to say this, but I finished the film in more time than was required, specifically because of the breaks I ended up taking while the film rested in between.

Despite those, the film ends on a sweet note, perhaps too sweet. Enough to let ‘The Man Without Gravity’ qualify as solely a kids film had it not been for a handful of f bombs casually used in the film. This is not to state that we adults don’t deserve particularly happy endings, because Oscar’s happy ending, high on sucrose, is something that we all could use: if not in our lives directly, then through the filmic medium at the least. Try and catch it for its unmistakable does of positivity.