The Mandalorian: Release Time on Disney+ 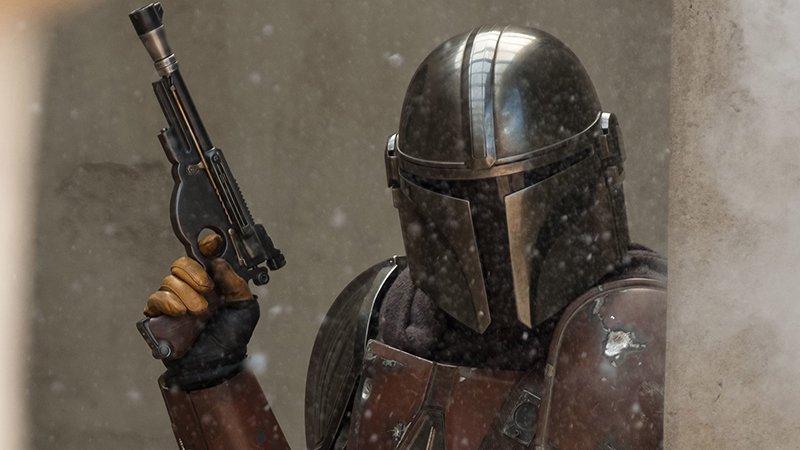 It is a good time to be a ‘Star Wars‘ fan as Disney+ is bringing its latest offering, ‘The Mandalorian’ to the streaming platform. Since the show is releasing on the same day as the platform, more hesitant viewers are waiting to see how smoothly the launch goes. However, fans cannot wait to see the lone gunfighter who belongs to the same warrior race as Boba Fett, the deadly bounty hunter memorialized in the movies.

So what is the series basically about? It is set around five years after the events that transpire in ‘Return of the Jedi’, but is before the beginning of ‘The Force Awakens’. We are familiar with the stories of Jango and Boba Fett in the universe, but another brave warrior is about to emerge and grab our eyeballs. ‘The Mandalorian’ will follow the exploits of this lone gunfighter in the outer reaches of the galaxy. In lawless lands where things can go wrong the drop of a hat, the Mandalorian operates, far from the reach and authority of the New Republic.

Pedro Pascal, who plays the character has stated that the Mandalorian, has a bit of Clint Eastwood in him. This is evident because the gun-slinging bounty hunter is not afraid of confrontations or dangerous face-offs, all for the sake of bringing in the target. From what we know, the Mandalorian is bound to get caught up in more than one sticky situation and will need to rely on composure, cunning, and quick trigger fingers to get out. The show opens up a world we have never seen before. This is a ‘Stars Wars’ tale we do not know, and almost brings the wild West to a galaxy far far away.

With that in mind, here is where one can stream and watch ‘The Mandalorian’. It is a Disney+ series, so you will need to be subscribed to their new platform to watch it. Notably, Disney has global distribution deals in place with Apple, Google, Roku, Microsoft, and Sony. Thus, you can see it on Roku’s boxes, Tv and sticks, Apple TV, iPad, and iPhone, Chromecast streamers, Xbox One and PlayStation 4.

Since Disney+ is set to complement Hulu, the streamer will allow you to purchase a bundle including Disney+, Hulu, and ESPN+. However, this bundle can only be bought once the platform launches. It costs $12.99 a month, though no yearly price has been made available. The Hulu access that comes with this version, contains advertisements. Amazon customers can stream Disney+ on Fire Tvs and compatible Fire tablets by adding the Dinsey pack. The Disney+ pack costs $6.99 a month, or $69.99 a year.

Since streaming the show on Disney+ itself, is subject to the platform being made available in the respective countries, prospective viewers should know that Disney+ only releases in the USA, Canada, and the Netherlands on November 12, 2019. Australia and New Zealand get it on November 19, 2019, while the UK, France, Germany, Italy, Spain, and Ireland will get it on March 31, 2020.

‘The Mandalorian’ is slated to drop its first episode on November 12, 2019, on Disney+, at 9 a.m. ET. The entire series is slated to have 8 episodes, with the second dropping this week itself, on November 15, 2019. Following that, each episode will drop after seven days, with the third being available on November 22, 2019, and the season finale airing on December 27, 2019.

Read More: How to Watch ‘The Mandalorian’?