‘The Martian’ Continues the Great Run of Space-Based Movies 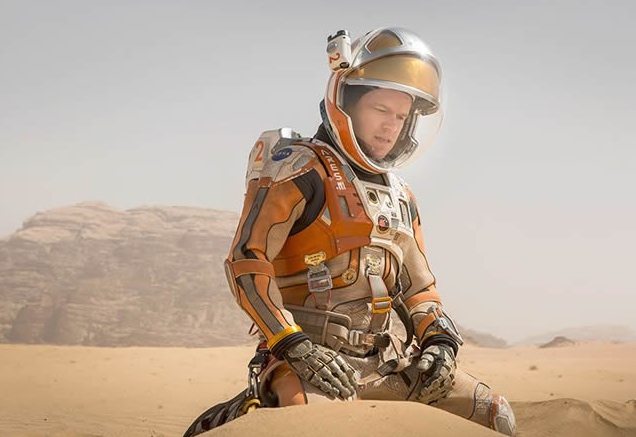 After watching ‘The Martian’, I had an insightful conversation with my friend about Science Fiction and space movies in general. The past few years have marked a considerable rise in quality of science fiction. The journey started from the edgy Danny Boyle masterwork ‘Sunshine’, extended to 2009’s classic ‘Moon’. We had an animated Pixar masterwork as well. With the Oscar success of Wall-E and J J Abrams’ helming of the Star Trek franchise, suddenly space movies were being taken seriously. And then came ‘Gravity’, bagging all the Oscar glory and changed the future once and for all. Last but not the least, we had Nolan’s hugely ambitious ‘Interstellar’.

‘The Martian’ is a thrilling joyride through the perils of space, a study of what it means to be truly alone, and also a testament to human ingenuity. It combines the best elements of science fiction and delivers us in so neat, so fun a package that it almost seems a perfect movie. Based on Andy Weir’s bestselling book, ‘The Martian’ is basically ‘Cast Away’ on Mars. Mark Watney, a botanist, is stranded on Mars when a fierce storm hits the Ares III manned mission, and the rest of the crew have to leave in an emergency. Watney is presumed dead and NASA announces his death on earth, none the wiser. Watney, however, survives. But he is alone on a vast red planet, with dwindling supplies of water, air and food. And no contact with earth.

Anyone would go insane in such circumstances. If this were any other movie, Mark Watney would have pondered endlessly about his place in the stars, the universe. In the end, he would have greeted death in peace. But Watney is not that character. He is a wise-cracking, confident and highly intelligent human being who vows to ‘science the shit out of Mars’ to survive. And thus starts his journey.

Using Martian dirt and his own shit, he grows potatoes. Using hydrazine, he makes water. He uses his brains, refuses to let go, while at the same time maintaining a self-deprecating sense of humor about the whole thing. 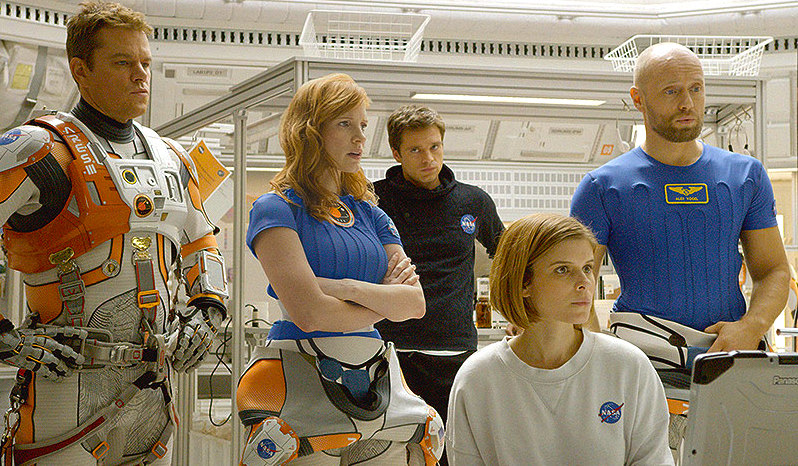 While being out and out a campy entertainer, ‘The Martian’ lends a surprising amount of heft to its two central characters. Mark Watney, played brilliantly by Matt Damon, is a lovable protagonist, and we root for him, much as we’d root for any individual who is stuck in an impossible situation but learns to deal with it. Mark Watney is a mirror of our own life. We all are confined to our daily routine, and stuck somewhere or the other. But it all depends on how we deal with our situation and make the most out of it. Watney makes the most out of it, never letting go, always resourceful, always joking. Take it this way: However worse your life may be, it can’t be worse than being stranded on Mars with dwindling life support.

The other central character? Well, the red planet obviously. Top notch cinematography and an intelligent direction by Ridley Scott breathes so life into the barren Martian landscape. The breathtaking imagery almost reminds us of “Lawrence of Arabia”, and that is saying a lot.

That being said, the film is not entirely flawless. Its secondary characters are very thinly sketched out. Accomplished actors such as Chiwetel Ejiofor, Jeff Daniels have underwritten roles but they still shine. The character of Commander Lewis comes close to being very well rounded, but that too can only be attributed to a brilliant performance by Jessica Chastain. The background score, while edgy and snappy, leaves something to be desired.

Overall, “The Martian” is a film to be revisited. I plan on doing so in the near future. What about you?