Amazon Prime’s ‘The Marvelous Mrs Maisel’ is set around the stand-up comedy scene in the late 50s in New York City. The protagonist of the story is a woman who discovers a penchant for the art and with the help of an unlikely collaboration with another woman, she sets out to make her mark in the world.

The show is one of the most popular ones of the streaming service and is one of the best comedy-dramas out there. The Emmy winning series returned for a third season, exploring new territories for its characters while continuing to use comedy as a means to spread the message. If you haven’t yet seen the show, head over to Prime Video. SPOILERS AHEAD

The third season of ‘The Marvelous Mrs Maisel’ begins with Midge starting out on her tour with Shy Baldwin. After her performance in the telethon, the singer had been so impressed with her that he proposed her to serve as his opening act. She quickly seized the opportunity, but this also made her realise how things were going to be for her from now on, which is why she broke up with Benjamin.

As the season progresses, we see her fly higher with each act. Her friendship with Shy gets stronger and she is also able to get back her apartment. For the first time, since the day Joe left her, it looks like things might finally be settling down for Midge. The last episode, however, undoes a whole lot of it.

Meanwhile, the rest of the people around her are coming to terms with their own lives. Abe had caused an upheaval by giving up his position at Columbia University and the Bell Labs. He tries to find the thing that would reignite the spark in him and so, he experiments with some ideas. At last, he finds his calling as a theatre critic. Rose, too, discovers her knack for matchmaking and decides to pursue it full-time. Though her efforts with Benjamin backfire, despite being well-intentioned, she knows that this is what she would want to turn into a career.

Joe, too, finally settles down with the one thing he had wanted all along. After experimenting here and there for a while, he had the epiphany that running a club is what he should be doing. By the final episode, he succeeds in turning this dream into a reality, and even though he is still in love with Midge, he has managed to move on from his guilt about what happened to their marriage. On the other hand, as the career goes well for her, Susie makes the mistake of falling deep into the gambling circle, but not so deep that she can’t get out of it.

The Ending: What Happened with Shy? 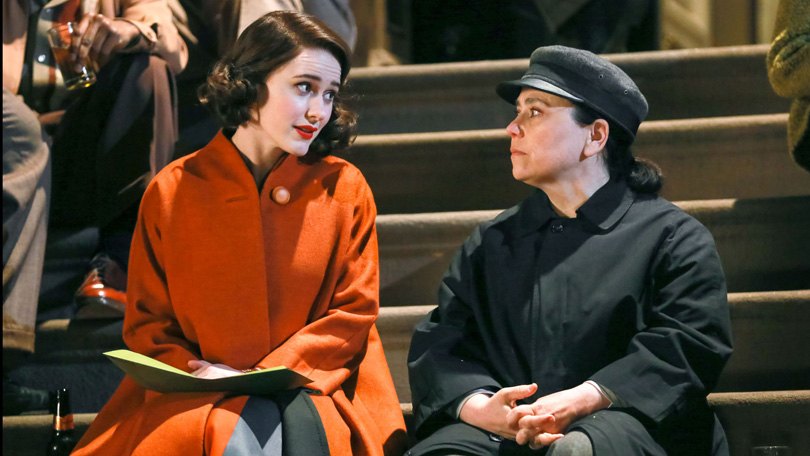 Before the season three finale, we had seen a number of ups and downs in Midge’s life and career. She had never been forgiving about her comedy, and we saw how it could come back to bite her when she talked about Sophie Lennon in her act. She shredded the character of a very famous and successful comedian, and she had to pay for it. Nevertheless, with the help of Susie, she got out of this situation. That was just one time her act backfired at her, and one could say that she wasn’t really at fault there. After all, Sophie Lennon really was all that Midge said. But this time around, when she talked about Shy Baldwin, it was a completely different thing.

In the previous season, she had realised the fact that comedy was the only thing that would remain constant in her life from now on. Her relationship with Benjamin, or Joel, or any other man would never come close to her career, and she accepted that. This season, we see her embrace this reality in full force. She starts to understand the meaning of the life on the road and she even tries to get her parents, who somehow are still in a bit of denial about it, to witness her acts and accept her for who she is now. This boosts her confidence and allows her more freedom to speak her mind.

When Joel had come to know about her acts, he had been appalled by how freely she would talk about their private life with the audience. But he accepted that this was the part of her act and he knew that he couldn’t live with it for the rest of his life. So, he found it best to remain separated.

Later, Midge also finds out that her parents, too, don’t like her talking about them. While her father has acknowledged that she is rather good at what she does, her mother refuses to accept and move on. This makes her think that her talking about everything and anything in her acts is not the wrong thing. It is just that the people around her can’t make peace with it. With Benjamin, Midge expected the same reaction, but that turned out to be a mistake.

Before making the decision to break off their engagement, she should have consulted with Benjamin about what her career would mean for them. She made the mistake of believing that she knew how others would react to her talking about them. The confrontation with Benjamin opens her up to that mindset. The scene brings closure to their relationship, but it also acts as a foreshadowing of the events to come. It serves as the reminder that Midge doesn’t yet fully understand the impact of her words and how people will react to it, no matter how much experience of it she has with her family.

When it comes to opening for Shy at Harlem, she is intimidated about following after Moms Mabley. On Reggie’s advice, she starts talking about Shy. Now, the moment she steps on the stage, I was biting my tongue, waiting for the time when she would let slip the detail about Shy’s homosexuality. I knew that if it was to happen, it wouldn’t be intentional. But Midge would be so caught up in her spontaneity that before she realised what she had said, it’d have already been too late. And that’s exactly what happens, though not as badly as I had expected.

She doesn’t directly state it, but because she is aware of it, she, unintentionally, slips it into the act by saying things that some people may or may not pick up on. The Judy Garland bit is one of those subtle ways in which, even though she doesn’t say it, the meaning is implied. Because there is already a certain stereotype associated with gay men, her speaking about his clothes and shoes and baths and the way he talks with the people around him is enough for the audience to make the deductions.

This acts as a hard-hitting lesson for Midge. She loses a friendship because of falling into the habit of speaking before thinking. Though we don’t expect Shy to retaliate in the way that Sophie Lennon did, we do expect Midge to learn a lesson from this and be more vigilant about the boundaries she needs to set regarding the stuff she should talk about with her audience.