The Masked Singer 2020: Judges and Host 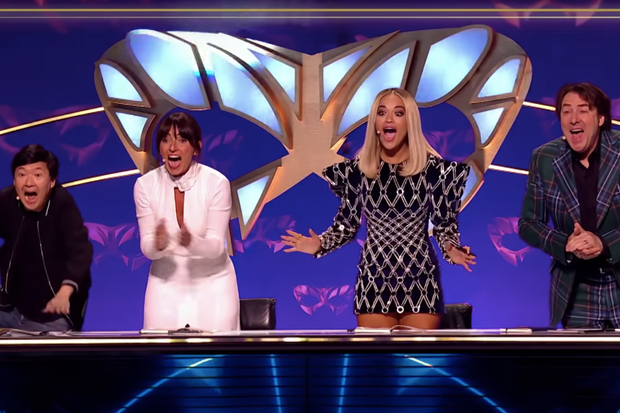 ‘The Masked Singer‘ is a well-loved Fox show, where a singing competition is accentuated by the masked celebrity performers, whose identities have to be guessed. Having had two successful seasons, ‘The Masked Singer’ continues to grow in size and popularity.

Who is the Host of The Masked Singer?

Nicholas Scott Cannon or Nick Cannon has been the host of ‘The Masked Singer’ throughout and returns in the same capacity in Season 3 as well. The American comedian, actor, director, rapper, producer, and television host started out with ‘All That’, before hosting several acclaimed series, including ‘The Nick Cannon Show’, ‘Wild ‘N Out‘, ‘America’s Got Talent‘, and ‘Lip Sync Battle Shorties’.

Nick has also appeared in films like ‘Drumline’, ‘Love Don’t Cost a Thing’ and ‘Roll Bounce’, but perhaps the most famous of these is ‘Goal II: Living the Dream’. Nick was married to Mariah Carey, but they divorced in 2016.

Who are the Judges on The Masked Singer Season 3?

The usual panel of judges is back for the new season of ‘The Masked Singer’. The roster includes names like Ken Jeong, Nicole Scherzinger, Robin Thicke, and Jenny McCarthy. The picture shared below, shows the panelists having a good time among themselves.

Ken Kang-Joh Jeong or Ken Jeong is an American actor and comedian, who used to be a physician. Ken is known for his role in ‘Community’ but is perhaps more famous for portraying the wild drug dealer, Leslie Chow, in the ‘Hangover‘ movies. He has also been the lead in ABC’s ‘Dr. Ken’.

Notably, there is a running joke among ‘The Masked Singer’ viewers that Ken keeps making wrong guesses about the celebrity’s identities. Executive producer, Ibarra, even addressed this, saying “He’s making a logical connection that may not really be the people under the mask … ‘so-and-so did that and that’s connected to this and that got me here.’ It actually makes sense, but the end result is that he’s almost always wrong.”

Jennifer Ann McCarthy or Jenny McCarthy started her career in 1993 as a nude model for Playboy. Since then, she has appeared in notable films like ‘Santa Baby’, and ‘Scream 3‘. On television, she used to co-host ABC’s ‘The View’.

Robin Alan Thicke or Robin Thicke is an American singer, songwriter, and producer, who has collaborated with various acclaimed artists like Christina Aguilera, Kid Cudi, Flo Rida, and Pharrell Williams. Nicole Scherzinger, meanwhile, rose to fame as a member of the Pussycat Dolls. She successfully transitioned to television by winning Season 10 of ‘Dancing With the Stars‘. She’s also appeared as a panelist on ‘Bring the Noise’.

Who are the Guest Judges in The Masked Singer?

Apart from the usual panelists, there will be guest judges, as is the show’s tradition. As of now, we know three guest judges slated to appear already. Among them are Jamie Foxx, Jason Biggs, and Leah Remini.

Foxx is a Hollywood star who hardly needs any introduction. With movies like ‘Django Unchained‘ and ‘Just Mercy‘, the celebrity guest judge’s appearance is bound to increase viewership. You can check out the post below, announcing Foxx’s involvement.

Please welcome @beatshazamfox's @iamjamiefoxx as a guest panelist on Season 3 of #TheMaskedSinger! 🤩

Biggs, who appears in ‘Outmatched‘, and Remini, known for ‘The King of Queens’, will also be coming on board as guest judges. Biggs obviously is a familiar face to anyone who enjoyed the ‘American Pie‘ movies, or Netflix’s ‘Orange Is the New Black‘. You can check out the announcement about Biggs and Remini joining as judges, below.

You 𝙝𝙖𝙫𝙚 to be excited for Season 3 because @leahremini and @biggsjason are joining as guest panelists on #TheMaskedSinger! 🙌