When Does the ‘The Masked Singer’ Season 2 Finale Premiere? 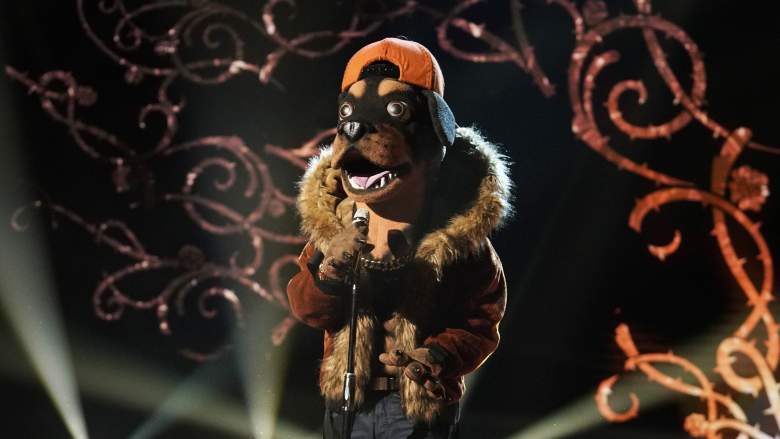 Featuring celebrities dressed from head to toe, in various costumes, ‘The Masked Singer‘ is a part of the international music game show franchise. The costumes hide the true identity of the participants from the judges, audiences, and fellow contestants, which only serves to increase the intrigue of the show. Now, the show is not just about judging the participants on the basis of their singing, but also trying to guess who they really are, underneath the masks.

By now, you must be aware of the format of the show, where singers are paired off, which is followed by one participant being eliminated. However, before the elimination, the panelists have one more chance to guess who the contestant really is. Notably, hints are dropped all along, featuring interviews with distorted voices. The series plays upon our desire to know celebrities more. That being said, we are headed towards the season finale in the next episode, and the most recent episode featured a double elimination.

Naturally, you might be wanting a recap about how it all went down in the new ‘The Masked Singer’ episode, and we are here to tell you that, but first, let us tell you where and when you can watch the finale.

The Masked Singer Season 2 Episode 12 Release Date: When Will It Premiere?

‘The Masked Singer’ is headed towards the season finale, meaning that we will get a two-hour affair when it airs on December 18, 2019, at 8 pm ET on Fox. The episodes have been titled ‘Road to the Finals’ and ‘Season Finale: And The Winner Takes It All and Takes It Off’. The latter part is slated to start from 9 pm ET.

As the remaining celebrities give it their best in the final stretch, we will see Nick Cannon emceeing, with the same judges back, including Robin Thicke, Jenny McCarthy, Nicole Scherzinger, and Ken Jeong.

Where to Watch The Masked Singer Season 2 Episode 12 Online?

Since ‘The Masked Singer’ is a Fox show, those who subscribe to the channel can see it easily. Even without a cable connection, or immediate access to a television, you can watch ‘The Masked Singer’ online. You can also avail of cable-free live television streaming options. Among them are FuboTV and Hulu with Live TV, since both platforms offer Fox as part of their channel bundle.

The new episode of ‘The Masked Singer’, titled “Two Masks Take It Off: Holiday Semi-Finals”, sees a lot of action with a double elimination going down. The previous episode saw Tree being eliminated and the performer was revealed to be SNL veteran Ana Gasteyer. Fox is the first contestant to try and make it to the finals, delivering a wonderful rendition of Donny Hathaway’s ‘This Christmas’. With a soulful performance, Fox manages to set the holiday tone for the show.

Rottweiler is up next and the entire house is floored by his performance of ‘Mr. Brightside’ by The Killers. He gives some hints about who he might be, and panelists have hazarded guesses like James Franco, for now. When Thingamajig’s turn comes to perform, he gives a little backstory as a hint and performs Bing Crosby’s ‘Winter Wonderland’. However, the reggae spin he puts on the number does not fly well, landing him in trouble even before the other performers are through with their songs.

Flamingo, the last female performer left in the competition, takes the stage, revealing how she loved singing as a child but was afraid to take it up professionally. This revelation is followed by a soulful rendition of Jeff Buckley’s ‘Hallelujah’ (the original comes from the late Leonard Cohen). With the audience up on their feet, Flamingo has delivered a spine-tingling performance of an all-time favorite. Leopard is the last performer to have to try and make it to the finals.

After the introductory package that he offers by way of hinting at his identity, he breaks into a performance of ‘Big Spender’ by Shirley Bassey. Delivering a dramatic performance, Leopard is smart to play to his strengths, showing his vocal range. Overall, the singing comes across as jazzy, flirtatious, as well as Broadway-like, all punched in one.

Once all the singers have sung their hearts and souls out, it is time for the first elimination of the night. It is hardly surprising when Thingamajig is sent home packing. However, before that, he unmasks and we find out, the performer has been Victor Oladipo, as Ken had guessed. The second elimination of the night is a bit more surprising because the performance was stellar. However, Leopard is asked to go home, and we uncover his identity before that. As Robin and Nicole had guessed, the performer turns out to be Seal.

With Fox, Flamingo, and Rottweiler left in the show, they will battle it out, as the winner takes it all in the finale next week.