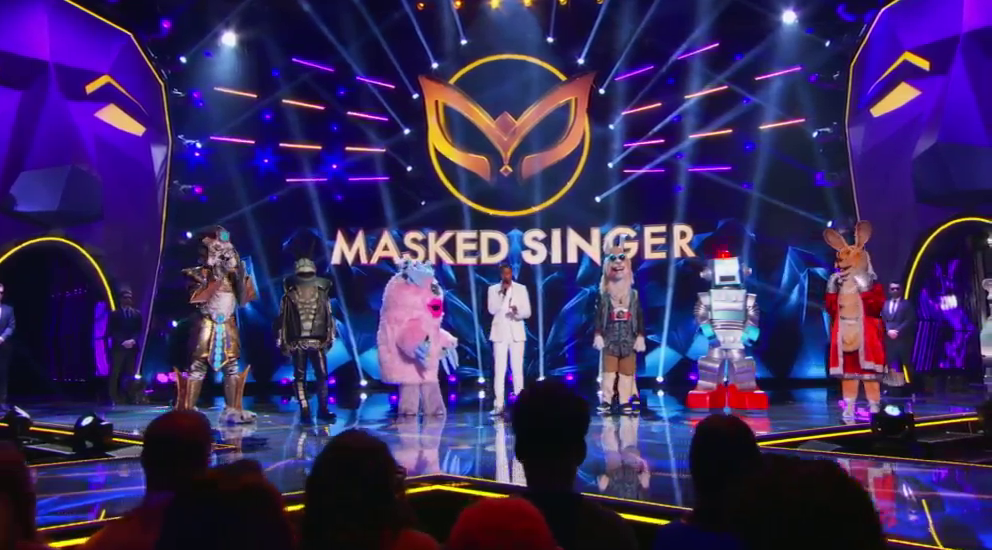 ‘The Masked Singer‘ Season 3 is off to a great start, with energetic performances, and mysterious celebrities. We have been amazed and moved by the songs while racking our brains about who the celebrities behind the outfits might be.

The first episode sees six participants take the stage. As we iterated earlier, the rules of the show have slightly changed. This time, 18 performers are divided into three groups of six, namely groups A, B, and C. Once we are done with Group A, which will be whittled down to three victors, we move on to the next group.

Naturally, you might be wondering about what goes down in the first episode. We are here to tell you that, right after walking you through when and where to watch the upcoming episode.

The Masked Singer Season 3 Episode 2 Release Date: When Does it Premiere?

‘The Masked Singer’ Season 3 Episode 2 is slated to air on Wednesday, February 5, 2020, at 8 PM ET. Subsequent episodes will air on following Wednesdays at the same time.

The upcoming episode will see the remaining contestants take the stage again, as Jason Biggs joins as the guest panelist.

Where to Watch The Masked Singer Season 3 Episode 2 Online?

Since ‘The Masked Singer’ is a Fox show, the simplest way would be to watch it on television, with a cable subscription. However, you might not have a cable connection. In that case, you can head to the Fox site and stream the episodes of the show.

Cord cutters are on the rise, and they make up a major part of the viewer base. Accordingly, provisions are made for them to enjoy ‘The Masked Singer’. Head over to Fubo Tv, DirecTV, or YouTube Tv to watch the new episodes. Some of the platforms also offer free trial periods, which you can use before they start charging you for your services.

‘The Masked Singer’ Season 1 sees six contestants taking the stage. They are White Tiger, Turtle, Miss Monster, Llama, Robot, and Kangaroo. The performers introduce themselves and start their songs. White Tiger kickstarts the season with Vanilla Ice’s iconic ‘Ice Ice Baby’, while Turtle delivers a soulful rendition of Seal’s ‘Kiss From a Rose’.

Miss Monster’s performance of Bonnie Raitt’s ‘Something to Talk About’ turns up the heat, while Llama gets some laughs by performing Ricky Martin’s ‘She Bangs’, after touting it to be a romantic number. Robot delivers an energetic rendition of Lenny Kravitz’s ‘Are You Gonna Go My Way’, and Kangaroo rounds out the performance with a moving number, that is, Robyn’s ‘Dancing on My Own’.

Jamie Foxx is the guest panelist for the night.

Although it is a grand start, with all performances standing out, as panelist Nicole Scherzinger admits, one performer has to go back home. The votes come in, and it turns out to be Robot. The judges have one last chance to guess his identity before the mask comes off.

A lot of guesses are thrown about, like Floyd Mayweather, and Johnny Knoxville. Ken Jeong even guesses Flavor Flav. For all of Jeong’s wild guesses, this is rather close to the mark, because he managed to surmise that the performer might be a rapper.

Ultimately, it turns out to be Lil Wayne, much to Foxx’s chagrin, since he had guessed the performer to be white.

The panelists have guessed that Miss Monster is probably Dolly Parton, going by Jeong’s logic, though Jenny and Nicole feel, she might be Mary J. Blige or Dionne Warwick. Most judges have made their assumptions based on the performer’s singing voice. As for Llama, his clue package gives numerous hints, and one unpopular guess is that he might be Howard Stern. A far more likely guess has been made by Nicole, who surmised he is David Spade. Thicke is of the opinion that the performer is Joel McHale.

When it comes to Kangaroo, there are some guesses about the survivor’s identity, including Kelly Rowland of Destiny’s Child, or Jordin Sparks, the American singer. Nicole has gone with Kelly, while Jenny believes it might be Jordin. Robin guesses that Iggy Azalea might be the performer, since she is an Australian, and started out singing, before turning to a rap career.

A lot of good guesses have been made, and we have to see what the other clues about the remaining performers are before we can make more accurate guesses about the identities of the masked celebrities. Follow us for weekly updates about ‘The Masked Singer’.