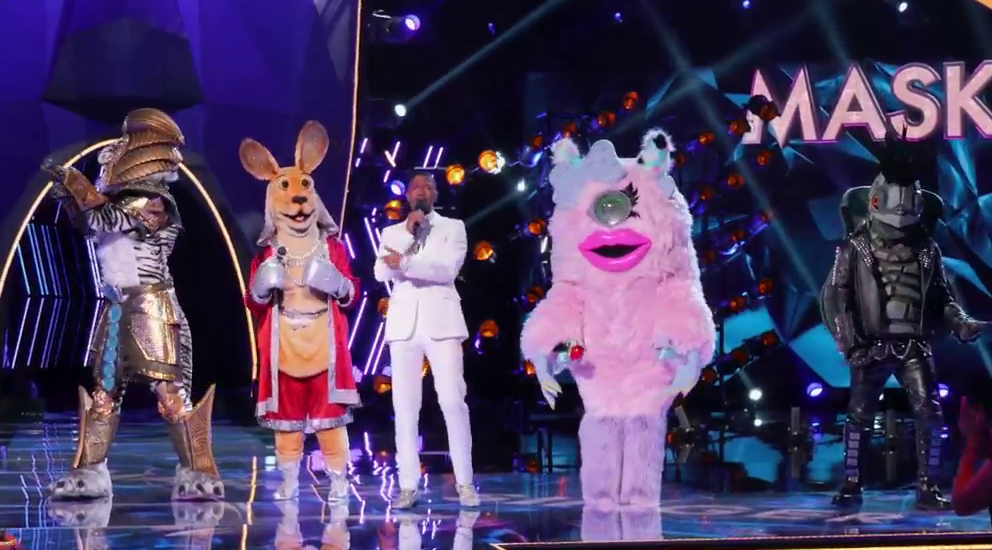 ‘The Masked Singer‘ Season 3 is all set for an exciting episode as we get the champions from Group A, who will be battling it out against the champions of Groups B and C. Four performers take the stage, and one gets eliminated in this episode. The season has already managed to throw a curveball at us, as far as the elimination is concerned.

Naturally, you might be eager to find out what happens in this episode, and what to expect from the next. We have got you covered in that regard, right after telling you about when and where to watch the upcoming episode.

The Masked Singer Season 3 Episode 4 Release Date: When Does it Premiere?

‘The Masked Singer’ Season 3 Episode 4 is slated to release on February 19, 2020, at 8 PM ET. Nick Cannon, the host, has announced that the show is going on tour, and might be headed to a city near you. The upcoming episode will turn the focus to Group B, where we have Banana, Elephant, Kitty, Taco, Mouse, and Frog, as the new batch of performers.

Where to Watch The Masked Singer Season 3 Episode 4 Online?

Leah Remini is the guest panelist for tonight as all the singers come on stage to perform “Rock and Roll All Nite”, a classic by Kiss. The Valentine’s Day-themed episode kicks off with Turtle taking the stage first. He switches from his usual romantic numbers to belt out Shawn Mendes’ “There’s Nothing Holdin’ Me Back”. The Turtle improves when it comes to stage presence, and delivers one of the strongest performances yet.

He is followed by Miss Monster, who amazes us again with Lesley Gore’s “You Don’t Own Me”. Although a moving performance, Miss Monster’s stage presence is rather subdued today. Next up is Kangaroo, who shows off her singing prowess with a rendition of Rihanna’s “Diamonds”. White Tiger takes the stage last, with Queen’s “We Will Rock You”. He goes in, performing the song in a note he is comfortable in, but the judges and audiences are once again blown away by the energy of the performance.

When it comes to guesses, Jenny believes Turtle to be Nick Lachey because of the ‘talk show’ being a clue, while Leah believes it might be Jaden Smith. Nicole goes with Hunter Hayes since Seoul was shown as a clue, but Turtle remains one of the strongest and most enigmatic performers yet. In the case of Miss Monster, Leah guesses her to be Mary Wilson, while Jenny guesses Queen Latifah interpreting clues about Chicago in a roundabout manner, and Nicole goes with Gloria Gaynor.

As Miss Monster is eliminated, the judges have another round of guessing, where Nicole goes with Chaka Khan, and Thicke agrees. Leah and Jenny stick to their guesses of Mary Wilson and Queen Latifah, respectively. Ken Jeong guesses it might be Reba McEntire. Once unmasked, Nicole and Thicke are proven right. It is Chaka Khan, the Queen of Funk herself.

Kangaroo has had another splendid performance, and the clues have still left the judges befuddled. Jeong guesses her to be Rosie Huntington-Whiteley, based on an angel as a clue, while Nicole believes it might be Lindsay Lohan. Jenny feels it is likely to be Jordin Sparks. Lastly, White Tiger has also left his mask on for now. Jenny guesses Rob Gronkowski again, because White Tiger refers to her husband, Donnie Wahlberg, confirming there might be a Boston connection being hinted at. Nicole guesses him to be Joe Manganiello, while Ken makes a wild guess about White Tiger being Fabio, which we can safely say is likely to be incorrect.

In the upcoming episode, we will see Banana, Elephant, Kitty, Taco, Mouse, and Frog, take the stage, as Group B’s elimination process starts. Follow us for all new clues and guesses about the participants, and to stay abreast of the latest developments on ‘The Masked Singer’ Season 3.