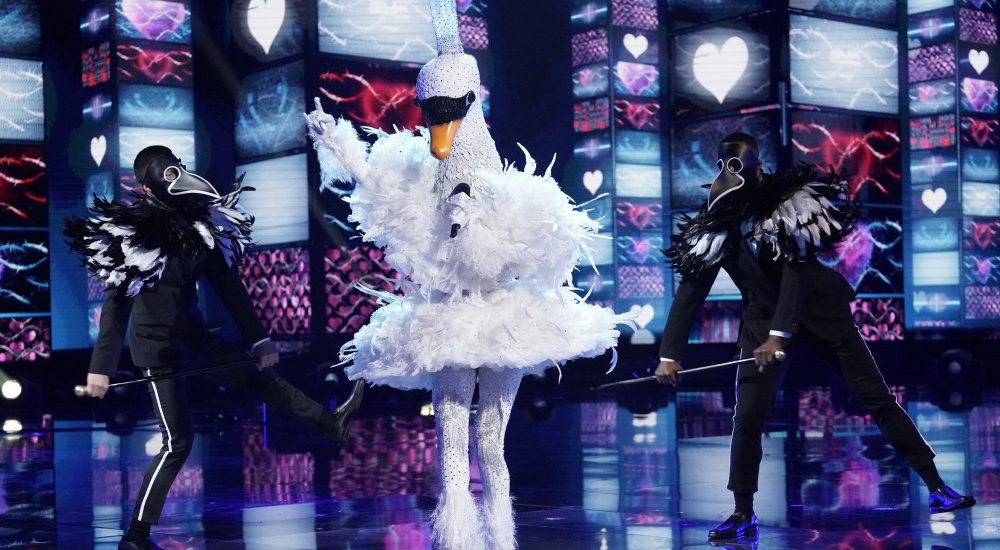 ‘The Masked Singer‘ Season 3 is steadily progressing, and currently, the Group C playoffs are coming to an end, almost. With Bear being outed in the previous episode and revealed to be Sarah Palin, viewers must be eager to find out who gets eliminated in the latest round.

Not only are we here to give you the rundown, but we will also walk you through when and where to watch the upcoming episode.

The Masked Singer Season 3 Episode 9 Release Date: When Does it Premiere?

‘The Masked Singer’ Season 3 Episode 9 is slated to be released on Wednesday, March 25, 2020, at 8 PM ET. Titled “Old Friends, New Clues: Group C Championships”, the episode sees Will Arnett joining as a guest panelist. Obviously, the upcoming episode is the finale for the members of Group C.

Where to Watch The Masked Singer Season 3 Episode 9 Online?

Astronaut is the first performer tonight. He tells audiences that he loves connecting with them, and is glad at the fresh start, in this ‘circle of life’. We see the Orion star belt, but learn that Astronaut overreached, and got burnt. Now that he is isolated and lonely, he wants to sing a song from a dear friend.

He performs Stevie Wonder’s “Signed, Sealed and Delivered”. As an additional clue, Astronaut adds, “We can all reach the stars. Sometimes it just takes some help from an organized crime family.” Ken guesses it to be Donald Glover, while guest panelist Joel McHale guesses it to be Corey Feldman. Thicke goes with Joseph Gordon-Levitt.

Next up is Night Angel. She was among other angels years ago but lost it in the crowd. Thus, it is time for her to get back to earth. We see graffitis of a palace and a strawberry. Night Angel continues, saying that she taught herself to survive, and hustle. We get to see sweet tea in the package. She’s built an empire through hard work and has got a ‘million reasons’ to stay. Her yearbook quote reads, “If you’re willing to lend a helping wing, then you too can break barriers.”

She performs “Million Reasons” by Lady Gaga. Jenny guesses it is Regina King, while McHale feels it is Jessica Simpson. Nicole feels it might be Taraji P. Henson. T-Rex takes the stage after her. The performer’s clue package from last week, continues, as we see how the meteor divided everyone on the island, into singles or doubles. Her heart is apparently beating as fast as a bumblebee, and she performs “Push It” by Salt-In-Pepa.

Her yearbook quote is “If you dream big, your face can be everywhere! And you’ll never go extinct unless a meteor hits.” Ken guesses it to be Lily Singh, while Thicke goes with Liza Koshy. McHale believes it might be Mikaela Shiffrin.

Swan takes the stage, telling us that she fell down the rabbit hole to an amazing wonderland. We see a dolphin which reads ‘made in Japan’. She says life might seem like rainbows and new moons, but she came from nothing. She moved west, to sunshine, from a place of snow. Swan performs Joan Jett’s “I Hate Myself For Loving You”.

Her yearbook quote is “I’ve been the black swan and against all odds I’ve been able to spread my wings for millions to see. Life is truly magical.” McHale guesses Swan might be Mila Kunis, Jenny goes with Kristen Stewart, Jeong guesses Kristen Bell, and even Sandra Bullock‘s name is thrown in as a guess.

Rhino is the last performer, and he starts off on the wings of an airplane. We see a sign which reads “South”, as Rhino recounts how he was free-falling when he met his wife, who brought balance to his life. We see Rhino playing tennis on the wings and the imagery of a man cutting a sandwich while wearing a giant ring on his finger. He performs Niall Horan’s “Nice to Meet Ya”.

Rhino’s yearbook quote reads, “Family is very important for success. Especially when performing for a king is in your blood.” Thicke sticks with Tim Tebow as a guess, while Nicole feels it is Ryan Lochte. Ken guesses it might be Chris Pratt.

Swan is eliminated and the judges make a last round of guesses. Thicke goes with Nina Dobrev, Nicole guesses Megan Fox, McHale and Jenny stick to their guesses of Mila Kunis and Kristen Stewart, respectively. Ken guesses Olivia Munn. Ultimately, Swan turns out to be Bella Thorne. The fans and followers clue refers to 22 million followers she has, on social media. The dolphin and sunshine refer to Miami, where she was brought up.

The fangs refer to Filthy Fangs, her recording company. The shaking thermos refers to Thorne’s role in ‘Shake It Up’. Lastly, the numerous ‘Twilight‘-related references are to draw attention to her first name, Bella, which is the name of the protagonist. Stay tuned to find out who makes it to the super nine from Group C, in the next episode.