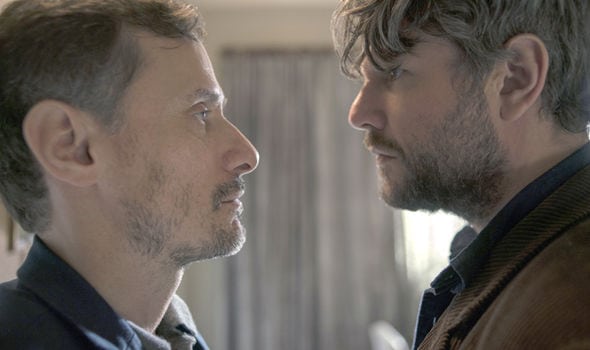 ‘The Mechanism’ (also known as O Mecanismo) is a Brazilian political drama web television series that is available on Netflix. Created by ‘Narcos’ creator José Padilha and Elena Soarez and directed by Padilha, Felipe Prado, and Marcos Prado, the show is a fictional depiction of an ongoing money laundering investigation in Brazil, called Operation Car Wash.

A pretty new show, Season 1 of ‘The Mechanism’ premiered worldwide on Netflix on March 23, 2018, and was received well by television critics and audiences. Despite the show creating an uproar among certain sections in Brazil, it was renewed for a second season on May 28, 2018. But will there be a ‘The Mechanism’ season 3? Here’s everything we know about its next season.

The Mechanism Cast: Who is in it?

The Mechanism Plot: What is it about?

Owing to the fact that the show is a depiction of the ongoing Operation Car Wash in Brazil, the events and characters in the show are “loosely based” on the actual developments in Brazil. Thus, many characters and events in the show are fictional depictions of real-life people and developments pertaining to Operation Car Wash. For those unaware, Operation Car Wash is said to be one of the largest corruption scandals in the history of Latin America, and it all started when the Federal Police of Brazil chanced upon a money trail that began in a car wash. Since then, the Brazilian company Odebrecht has been seriously implicated, and much shade has been cast on several high-profile politicians, including former presidents, and the investigation is still underway.

Given such a sensitive background, the show loosely fictionalizes the series of events which led up to the scandal being exposed, and the series of events which followed after the initial bust. While detective Marco Ruffo initially makes a breakthrough in the case by chasing down money launderer Roberto Ibrahim, his protege Verena Cardoni takes up the case years later and continues with the investigation into the corruption scandal.

That being said, the show doesn’t strive to be overtly political or didactic. Rather, it is a moving portrayal about down-to-earth cops battling institutional corruption, and the backlash which such investigations often result in. For instance, Ruffo’s move to pursue Ibrahim, who has political connections, results in the ruination of his detective career. This leaves Cardoni to pick up the pieces and slowly but surely, she builds a compelling case against the money launderer.

Another aspect of ‘The Mechanism’ which is particularly endearing is that, like ‘Narcos’, it is shot in actual locations and takes viewers across the Brazilian cities of Sao Paulo, Rio de Janeiro, Curitiba, and Brasilia, making them come to life through brilliant cinematography. This, along with the portrayal of an ongoing real-life corruption scandal makes the show an important piece of social commentary on corruption in Brazil, making it a must-watch for those interested in the subject matter.

Interestingly, the show also boldly alludes to real-life companies, politicians, and other figures who who are embroiled in the scandal, using fictitious yet similar names to mark them out. This, of course, has not sat well with those involved, and the show has been called out for its portrayal of the scandal.

For instance, Former Brazil President Dilma Rousseff, who was impeached in 2016 owing to her alleged involvement in the scandal, criticized ‘The Mechanism’, saying, “The director invents facts. He doesn’t merely reproduce fake news. He has turned himself into a creator of fake news.” Others, too, like the supporters of former President Luiz Inácio Lula da Silva, have criticized the show vocally, alleging that its inaccuracies are harmful to Lula’s reputation, especially since the former president is still in active politics. Show creator José Padilha, however, has played it cool, telling the The New York Times, “I think Lula and Dilma are helping us a lot with the marketing of the series.”

The Mechanism Season 3 Release Date: When will it premiere?

The Mechanism season 2 premiered on May 10, 2019. The show continues to focus on anti-corruption investigations set into motion by Ruffo and carried forward by Cardoni. If one thing’s certain, the second season of the show did not make some people in Brazil happy.

Now the big question is will Netflix renew the show for another season. There’s no question about the fact that despite being controversial, the show is wildly popular. Probably, the controversy adds to show’s popularity. Our best guess is if the show does get renewed, The Mechanism season 3 can release sometime in May, 2020. We will update this section as soon as we hear more.

While we wait for an update of season 3, check out the season 1 trailer to refresh your memories. If you haven’t seen the show yet head over to Netflix to catch all the episodes of the previous seasons.