Will There be a The Middle Season 10 or is it Cancelled? 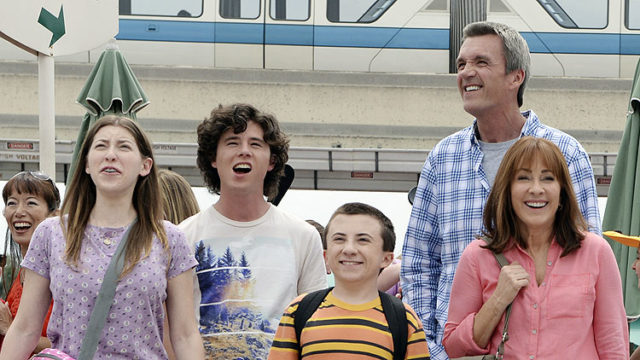 ‘The Middle’ is an award winning American sitcom that used to air on the ABC network. Created by sitcom writers Eileen Heisler and DeAnn Heline, who were earlier associated with shows like ‘Roseanne’ and ‘Murphy Brown’, ‘The Middle’ premiered on ABC a decade back in 2009 and went on to win the adoration of viewers as well as many accolades. While it was praised by critics and viewers, the show largely appealed to an American audience and failed to generate interest among the international community like popular, mainstream American sitcoms. Yet, ‘The Middle’ remains one of the best, albeit underrated, American sitcoms to be made in recent times and here’s everything you need to know about The Middle season 10.

The Middle Cast: Who is in it?

‘The Middle’ has had a long run since its debut in 2009 and understandably, has an extensive list of cast members.

Among the main cast members, ‘Everybody Loves Raymond’ star Patricia Heaton plays the role of Frances “Frankie” Heck, who is the main protagonist of the show. Meanwhile, Neil Flynn, known for his appearances in shows like ‘Seinfeld’ and ‘That ‘70s Show’, plays the role of Frances’ straightforward and stoic husband,  Michael “Mike” Heck Jr. Apart from Heaton and Flynn, Charlie McDermott, Eden Sher, Atticus Shaffer play the roles of the three Heck children, Axl Redford Heck, Sue Sue Heck, and Brick Heck, respectively. This wraps up the list of main characters in the show.

Additionally, ‘The Middle’ has dozens of other cast members, including the likes of Beau Wirick, Laura Ann Kesling, Brooke Shields, Mason Cook, Brian Doyle-Murray, Peter Breitmayer, and Frances Bay to name a few.

The Middle Plot: What is it about?

Due to the fact that ‘The Middle’ is a sitcom, it doesn’t have a meshed out plot per se and instead follows the everyday lives of the members of the Heck family, which happens to be a lower middle class family living in Indiana.

The show is set in the fictional town of Orson in Indiana and largely revolves around the life of Frances as she deals with her work and her family. Frances starts off as an under-performing salesperson at a used car dealership and, over the course of the show, manages to change her profession to that of a dental assistant. Frances’ husband Mike, meanwhile, manages a quarry and serves as a stabilizing influence in the volatile Heck family.

Being a working mother of three children, Frances finds her life to be full of challenges. On the one hand, Frances feels deprived of affection courtesy Mike’s stoic nature. On the other hand, she has to handle her three children, who are all different from each other and have their own peculiarities. The oldest among the three children is Axl – a typical American teenager who is popular in school, good at sports, and bad at academics. The middle child, Sue, is an enthusiastic and intelligent young girl, but is socially awkward and chronically unsuccessful in her endeavours. Finally, the youngest of the three, Brick, is a sharp young boy who loves to read and exhibits traits associated with Asperger Syndrome. Understandably, Frances’ life is far from a drab one, and the show follows her as she navigates the complicated waters of work and family life.

While the premise of ‘The Middle’ is a fairly simple one, the depth of each of the main characters makes the show an extremely enjoyable watch. Indeed, the show does have occasions when its plot disappoints, but this is compensated for through a focus on the five central characters and the hiccups in their daily lives.

Perhaps the biggest testimony to the show’s quality is the fact that it had a wonderful run of nine long seasons in spite of not having an overwhelming fan base. Critics, for their part, had nothing but words of praise for the show – Variety, for instance, described ‘The Middle’ as “TV’s most perpetually underrated comedy,” and Vulture, in the same vein, called the show “One of TV’s Most Underrated Gems.” As far as ratings go, several seasons of ‘The Middle’ enjoy perfect scores of 100% on Rotten Tomatoes. On IMDb, ‘The Middle’ has a solid rating of 7.5/10, based on over 40,000 votes.

The Middle Season 10: Renewed or Canceled?

‘The Middle’ season 9 released on October 3, 2017. Since its premiere in 2009, ‘The Middle’ has managed to rake in consistently good ratings. Understandably, fans of the show were all hoping for a tenth season but unfortunately, the show has been cancelled.

Shortly after the end of the ninth season, show co-creator Eileen Heisler, in an interview with Deadline, revealed that it was the decision of the producers to pull the plug on the show. Speaking to the publication, Heisler said, “We felt it was a good time to end because we were all still loving it, loving each other, and enjoying ourselves…We wanted to go out while we’re still at the top — (the middle?) — of our game…We feel very grateful we’ve gotten to do that, and hope we are leaving fans wanting more.”

Since there are no new seasons of ‘The Middle’ to look forward to, here is the trailer for Season 9 so that you can get a glimpse into what the final season is all about.