When Will The Midnight Gospel Season 2 Release on Netflix? 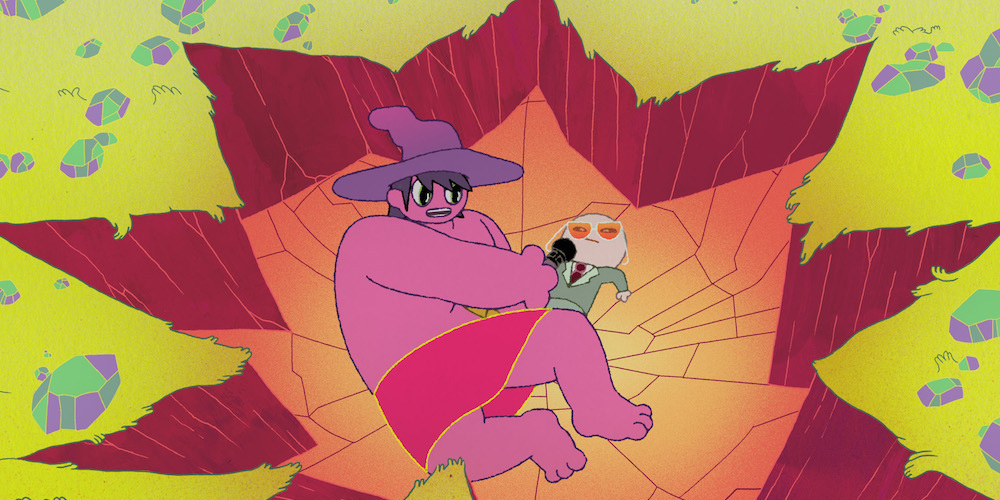 Based on the interviews from co-creator Trussell’s podcast, ‘The Midnight Gospel’ revolves around an inter-dimensional space-caster who embarks upon a trippy adventure to interview multiple other-worldly beings for his eponymous space-cast. The critics lauded the sci-fi animated series for its fascinating premise, psychedelic vibe, vibrant and colorful animation, and multi-layered characters.

Many even likened its tone and feel to hit sci-fi gems like ‘Rick and Morty’ and ‘Stephen Universe.’ After binge-watching the first season, fans are awaiting an update on the release date of ‘The Midnight Gospel’ season 2. Here’s everything we know about it.

‘The Midnight Gospel’ season 1 premiered in its entirety on April 20, 2020, on Netflix. It consists of eight episodes of 30 minutes each.

Now you must be wondering whether the show will be back for a second season. Well, season 1 ends on a solid cliffhanger, making it very clear that the creators Pendleton Ward and Duncan Trussell have every intention to extend the show beyond its first season. The network even expanded its deal with Titmouse, the animation studio behind the show.

On coupling the previous two points with its popularity and critical acclaim, it is highly likely that Netflix might renew the show. If and when that happens, we expect ‘The Midnight Gospel’ season 2 to release sometime in 2021, on Netflix.

The Midnight Gospel Season 2 Cast: Who is in it?

Co-creator Duncan Trussell might undoubtedly return to lend his voice to the central character, Clancy. The comedian is best known for ‘Adventure Time’ and ‘Pretend Time.’ Dr. Drew Pinsky might also return to voice the bizarre shot-gun wielding president.

The Midnight Gospel Season 2 Plot: What can it be About?

The show chronicles the life of a layabout space-caster Clancy, who purchases a piece of land on a peculiar levitating terrain that goes by the name The Chromatic Ribbon. With the help of his computer and a vaginal-shaped simulator, Clancy dons different identities and navigates multiple universes to interview various intergalactic creatures, for his space-cast. The Universe simulator malfunctions because of Clancy’s carelessness, leading to a chaotic impact on the multiverse, which culminates into an apocalypse.

Throughout his journey, Clancy meets a lot of creatures like a president of a zombie-ridden world; a hippo who is striving to get back to being a vegetarian; a fish who throws light on his past-life in prison and credits meditation as the reason behind his survival; a fierce warrior who preaches the value of forgiveness, and many more. The interviews leave an impact on Clancy’s life, and in the finale, he is forced to face his fears and question his own existence.

Season 2 might pick up from the ending of season 1. Clancy might try to right all the wrongs he has committed throughout his journey into the multiverse. We can expect him to interview more creatures who become his friends on his path to self-discovery.

As we wait for an official update on ‘The Midnight Gospel’ season 2, check out the trailer for season 1!