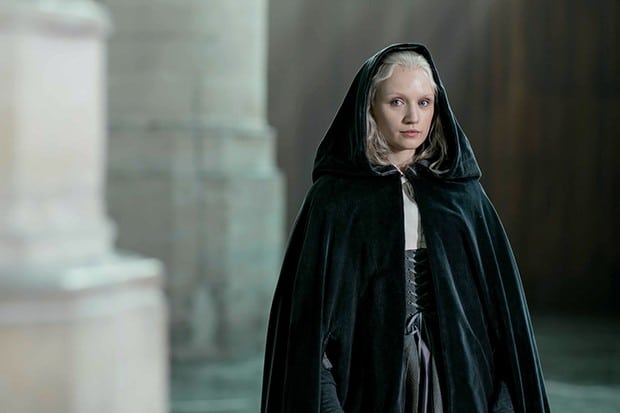 An emergent trend that has been making its presence transparent more and more in recent years is psychological thrillers on the fall slate. This would otherwise be too general a thing to say, and would not make a point – unless, that is, you connect the dots of common themes between these shows. Take, for example, HBO’s Amy Adams-starrer ‘Sharp Object’ and PBS’ ambitious ‘The Miniaturist’. Both of them exhibit an overtly gothic bent in the atmosphere, both of them are psychological thrillers without making it apparent initially, both of them veer around plot tension and twist, and both of them adaptations of written fiction.

Granted, Gillian Flynn has earned a much more mainstream recognition ever since the ‘Gone Girl’ film, but PBS’ decision to adapt a Jessie Burton novel is less about crude face value and more about how her debut novel (The Miniaturist) fits the occasion for PBS Masterpiece. ‘The Miniaturist’ is officially categorized as a part of Season 48 of PBS Masterpiece Classics – and not Masterpiece Mysteries (the root of BBC Sherlock), but its deliberately choppy pace and eerily fateful images make that category into just another irrelevant label.

The Miniaturist Cast: Who is in it?

The cast of Miniaturist is not a Netflix-converted Black Mirror, but PBS Masterpiece shows usually have the backing of a BBC production. Even though no A-listers, PBS Masterpiece shows are famous for having a consistently strong cast across the board. The Miniaturist does not deviate from the norm. The protagonist of choice was not difficult for Guillem Morales. Anya Taylor-Joy has been selected as Nella, the central character in a tale that spells out the spooky mystery – a casting decision that is only too agreeable. Anya Taylor’s career highlights so far have been along the line of horror-thrillers (e.g. M. Knight Shyamalan’s Split), and it was The Witch (2015) that originally brought her the to the limelight of her current renown.

Anya’s co-stars are no trifle, either: even though the reel wraps itself around the teenage bride protagonist for a majority of the show, about every other side-role actors make it difficult for one to undermine their presence. Romola Garai (Atonement, Suffragette) is robust and domineering in her portrayal of Marin, and the borderline sassy remarks at times give the character a 17th century Mean Girls dimension.

Cold Mountain-star Alex Hassell equals the duo with possibly his most impressive performance in years, and the servants Cornelia and Otto, played by Haylay Squires and Charleston Award-winner Pappa Essiedu. While the latter is a celebrated stage actor, Haylay has quite a few works with the same aesthetics as The Miniaturist on her track record (Call The Midwife, Southcliffe).

The Miniaturist Plot: What is it about?

For all its parallels with HBO’s contemporary Sharp Object, The Miniaturist also has a great measure of distinction from it. They exude the same vein of atmosphere, yet they differ vastly in their setting. The Miniaturist adapted faithfully from the novel of the same name by Jessie Burton, is set in 17th century Netherland (all the more accurate for its subtle colour-grading inspired by Vermeer’s painting; cinematographer Gavin Finney presumably had a field day at work).

The Gothic architecture would align perfectly with the jumpy horror vibe the more silent moments of the two-part miniseries presents, but The Miniaturist lets go of that opportunity in favour of domestic warmth. Almost the entirety is shot indoors, and the director has arranged every scene with a theatrical symmetry – characters in the foreground and the background (or on either side of the frame) balance each other out ever so subtly. The premise of the miniseries, undeviating from the book, follows the teen bride Petronella ‘Nella’ Oortman’s moving in with her husband into their new Amsterdam home.

Rest assured, is a perfectly ordinary home without the spook of elaborate gardens around it. The intrigue of the plot comes from the gift husband Johannes gives to his wife Nella: a miniaturized dollhouse version of their home. Beyond this point, we cannot say much about the plot without spoiling it, so minor spoiler alert. The dollhouse has a certain supernatural quality: it can predict the future.

Even with an impeccable cast and a strong plot, the miniseries does falter in places. In particular, it divides its already short runtime into several aspects that come into focus one by one – Nella and Johannes’ conjugal life, Marin’s stunted position and her attempts to cope with it by monotoning her way through, Crimson Peak-lite style – and the threads do not get the time to find adequate resolution.

The Miniaturist Season 2 Release Date: When will it premiere?

The Miniaturist season 1 premiered on December 26, 2017. The two-part miniseries concluded on December 27, 2017, on BBC One. PBS only adapted it into its Masterpiece routine a year later. On PBS’ version, it was rearranged into three episodes and ran from September 9 to September 27 in 2018.

To answer the important question, though, The Miniaturist will most likely not get anywhere near a second season. PBS Masterpiece shows are part of a larger anthology series, and never go for a ‘second season’ as such – on top of that, all of them are adaptations from written fiction, and The Miniaturist is no exception. With the possibility of a second season curtailed down to nearly none, naturally, there will be no release dates for it unless author Jessie Burton decides to pen a sequel to it. Now if that happens, and even though it translates into a very long wait, we might get The Miniaturist season 2 by 2022.

Since it is unlikely for the show to go into a second season (and it has not been officially renewed either), we will probably not be seeing any teaser or trailer for a continuation in quite a long time (if ever). What remains for us who like The Miniaturist is to binge the first season again. In case you haven’t watched it, here is a trailer which will help you get a sense of what it is all about.