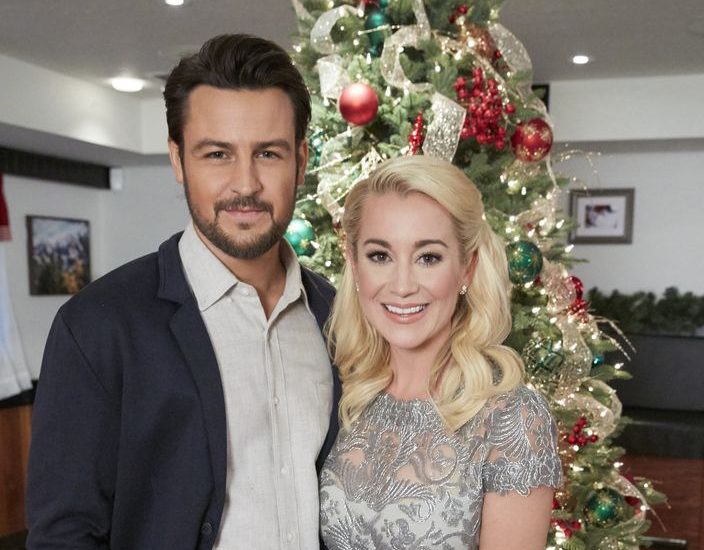 Ah…Christmas. The sound of bells chiming and family coming together for a warm get-together. Tons of snow in cold places, multiple glasses of eggnog to drink, and gifts to open. Apart from all of that, one other thing that Christmas is known for is Christmas movies. Holiday movies have almost become another genre themselves. They bring a smile to people’s faces, preach togetherness in a positive manner, and always end up making one feel good. Hallmark’s ‘The Mistletoe Secret’ is a movie that does all of that as well.

Hallmark proves to be the perfect channel to stream a good, warm holiday movie. The network is known to lift viewers’ spirits with its stream of candy-coated tales. That is the reason it prides itself as “the heart of TV.” Well, the heart of TV sure knows how to do a Christmas film right, with ‘The Mistletoe Secret’ being just one out of its many.

‘The Mistletoe Secret’ revolves around the character of Aria Eubank. She runs a diner in Midway, Utah but has been facing difficulty in getting business. This is mainly due to the town’s tourism not doing so well. As a result, Aria decides to take matters into her own hand. She persuades a renowned travel writer to do a feature about her town so that tourism can increase and so can her business.

The travel writer arrives with his ghostwriter to Midway. The ghostwriter falls head over heels for Aria. Aria, on the other hand, seems to be torn. She cannot decide whether she wants to pick the ghostwriter or the face. So who does she end up with? Well, there is only one way to find out!

‘The Mistletoe Secret’ is a movie that is set in Midtown, Utah. The setting is extremely important for the film, right from the protagonist’s accent to the plot. Hence, capturing the setting authentically would have certainly been crucial for the filmmakers. Thus, it is natural for viewers to wonder where ‘The Mistletoe Secret’ is filmed. Is it actually shot in Utah?

To be more specific, filming was carried out in the British Columbia region of Canada. Here, Aldergrove was the town used for filming purposes. It was Aldergrove that stood in for Midtown. The diner used to represent Aria’s business was Bob’s Bar ‘n’ Grill. This is what it looks like:

Another Aldergrove location used for filming was IDA Pharmacy.

The Mistletoe Secret Cast: Who is in it?

Several viewers would have wondered who the cast members of ‘The Mistletoe Secret’ are. Well, the cast is led by Kellie Pickler who plays the role of Aria. Other productions that she has been a part of include ‘Wedding At Graceland,’ and ‘Nashville.’ Starring opposite her is Tyler Hynes who plays Alex. Other cast members include Christopher Russell, Patrick Duffy, and Beverley Elliott.