When Will The Morning Show Season 2 Premiere on Apple TV+? 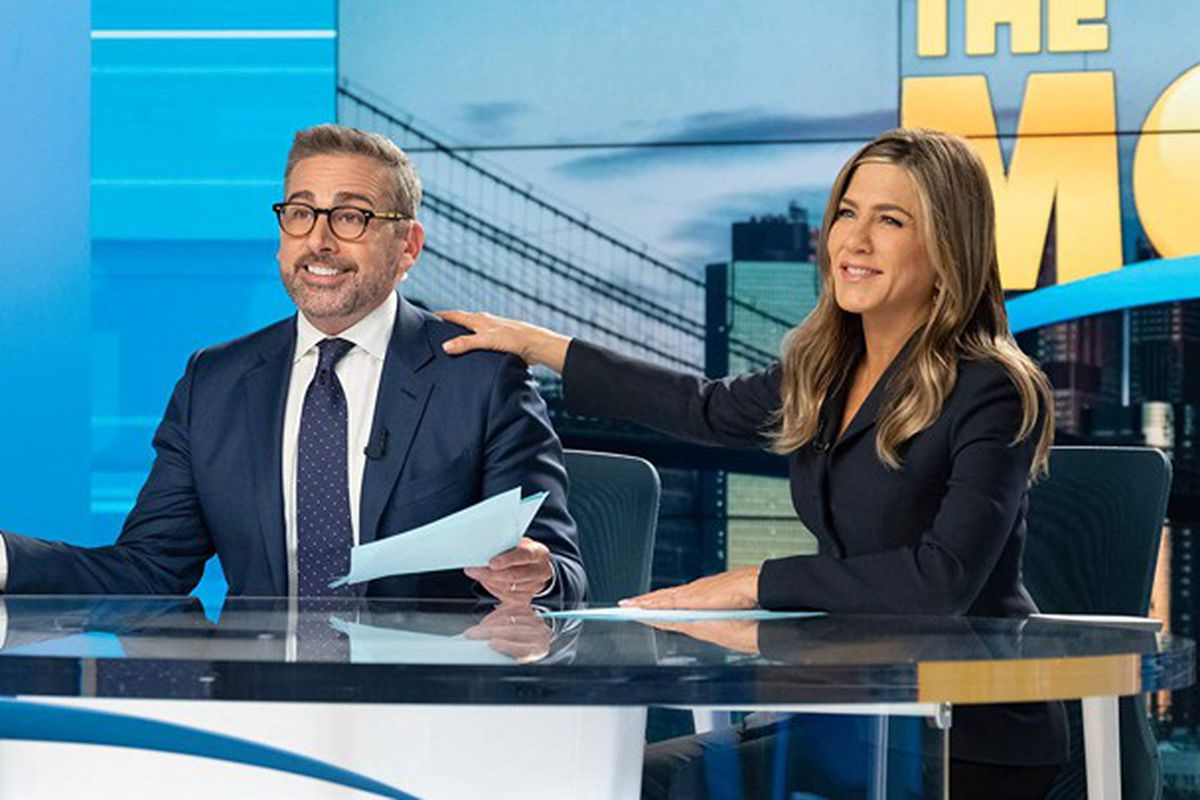 ‘The Morning Show’ is a satirical drama that formed a part of Apple TV+ launch on November 1, 2019. Based on journalist Brian Stelter’s book ‘Top of the Morning: Inside the Cutthroat World of Morning TV’, is follows Alex Levy, who serves as the anchor of an eponymous, popular news program, which airs on the UBA Network in Manhattan.

Alex’s show is one of the highest-rated titles on tv but when her on-air colleague, Mitch Kessler, is fired after allegations of sexual misconduct, she has to struggle to stay at the top of her game. Meanwhile, in her journey, Alex also develops enmity with journalist Bradley Jackson.

Season 1, after its launch, opened to overall good reviews. The critical consensus on Rotten Tomatoes is, “Flashy, but somewhat frivolous, The Morning Show often feels more like a vanity project than the hard-hitting drama it aspires to be—but there is pleasure to be had in watching Jennifer Aniston and Reese Witherspoon give it their all.”

So does this mean that a ‘The Morning Show’ season 2 is on the way? Let’s find out.

The Morning Show Cast: Who’s in it?

When season 2 happens, Reese Witherspoon and Jennifer Aniston will definitely return as the lead stars since they are also the executive producers of the show. Although there were speculations that Steve Carell would not make a comeback, EP Kerry Ehrin said that he might return. She said: “Mitch is part of the storytelling for the season.”

Billy Crudup is all set to re-enter season 2. He stated, “I feel like I’ve gotten both of my hands on the mane of a wild horse and I’m just holding on for dear life. It’s a total thrill to do and I can’t wait to see what they come up with for Cory in the next season.”

Apart from the above stars, the rest of the lead cast is expected to reprise their original roles in the second season.

The Morning Show Plot: What is it about?

‘The Morning Show’ begins with the office of the eponymous news program being engulfed in a huge ruckus when its co-anchor Mitch Kessler is fired after reports of sexual misconduct. This results in a conservative reporter, Bradley Jackson, replacing Mitch — a measure that’s taken by Alex (Mitch’s co-host for The Morning Show) to gain control over her turbulent career, which is threatened after Mitch’s departure.

However, Bradley has a tendency of often going off script, because of which she comes to the limelight and turns into a rising star, especially among the young generation. This leads to Alex turning jealous of Bradley’s achievements. Meanwhile, human resources launch an investigation into Mitch’s conduct with most of his staff supporting him and denying any knowledge.

Alongside the professional struggles, we also witness Alex and Bradley battling personal problems — with Bradley getting a call from her estranged father and Alex receiving a divorce ultimatum from her husband. On the career front, both women work to further their ambitions while plotting to take each other down.

‘The Morning Show’ is an ambitious project that tackles various issues, such as the #MeToo movement, female rivalries, complex romantic linkups in workplaces, and toxic office environments.

Season 2 is expected to carry forward the story but since it’s scheduled to be out sometime during the election season of 2020, fans were of the view that it would delve into real-time politics. However, EP Kerry Ehrin put an end to the speculations, saying, “My idea is that if you deal with politics, you deal with political themes. I call it ‘current adjacent,’ where you’re not historically aging yourself by dealing with a specific thing, but you can take the zeitgeist of what is happening in the world and do something with those themes.”

The Morning Show Season 2 Release Date: When will it premiere?

‘The Morning Show’ season 1 premiered on November 1, 2019, releasing three episodes during the launch of Apple TV+. It then aired one episode every week from November 8 onwards and wrapped up with its 10th episode on December 20, 2019.

Apple had commissioned ‘The Morning Show’ for two seasons right from the beginning, even before the debut of season 1. Showrunner Kerry Ehrin had already confirmed this news in an interview, where she mentioned, “We have the shape of [Season 2]. We’ve broken the first three episodes. We’re writing the show now; we’ll film it this summer; we’ll be on next November.” Director Mimi Leder had also announced that filming for Season 2 would commence in February 2020.

Hence, it’s almost sure that if things move according to plan, ‘The Morning Show’ season 2 will most likely premiere sometime in November 2020.