TIFF Review: ‘The Mountain Between Us’ is a Touching Survival Story 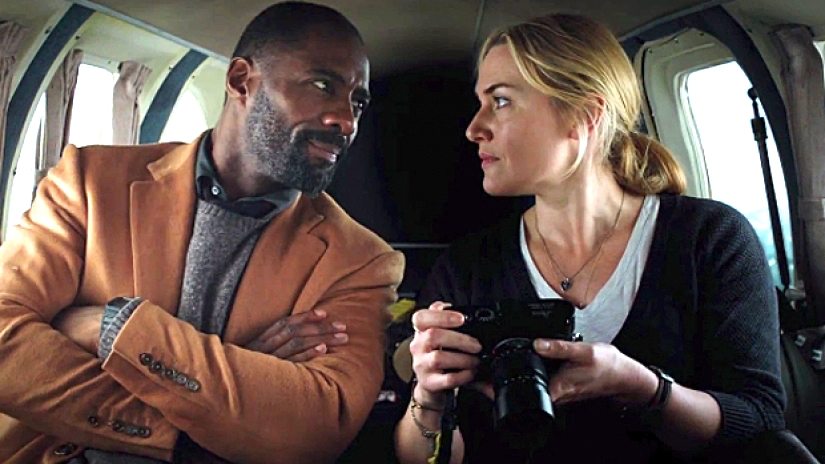 This rousing wilderness adventure starring Kate Winslet and Idris Elba is a film that could have been filled with too much action and terror; but instead favours quiet reflection and the strengths of its two stars when making its most crucial connection to the audience. Ben and Alex (Elba and Winslet) are two strangers attempting to reach a mutual destination in time for a surgery and a wedding, respectively. After deciding to hire a private plane to transport them, Alex and Ben become stranded in the perilous, frozen mountains. In what becomes a desperate struggle for survival, at its heart, ‘The Mountain Between Us’ is a story about love and humanity.

The kindness of strangers, love, regret, and tragedy are explored as we learn who Ben and Alex are as individuals; their similarities, their differences. Frustration and desperation fuel their relationship, one of circumstance that ends up leading to the deepest of human connections: humanity itself.

Winslet and Elba are both in top form. Elba as an English doctor, desperate to make a flight in order to perform surgery on a child, is stoic and reserved as Ben. He takes care of Alex by tending to her wounds after a dangerous accident. Being stranded in the freezing mountains could motivate someone in Ben’s situation to abandon a wounded stranger; especially when there is dwindling hope that either one of them will survive. Ben does justice to his Hippocratic oath and consistently strives to ensure that both he and Alex survive, or neither one does. Alex is stubborn and impulsive. As a photojournalist, Alex wants to go with her gut feeling and operate on instinct. Winslet is brilliant as always. Her chemistry with Elba is essential and it works.

This is essentially a love story, although it may not look like it. Imagine going through that kind of peril with a person to whom you are naturally attracted to? The bonding and the sorrow. The despair and the loss. Having been thrust into the heaviest of emotional and physical turmoil, it’s no surprise that they find a spark in the depths of the cold and unforgiving mountains.

There’s more compelling stuff going on here that trailers might suggest. Nature itself may be a character in the film; but it’s a supporting one. This is a wise choice. The elements rightly take a back seat to Elba and Winslet, on whom the entire film’s merit rests. They do not disappoint.