HBO’s miniseries ‘The Murders at White House Farm’ is a gripping crime-drama that revolves around the gruesome killings of five members of a family and the subsequent investigation. Set in 1985, the show depicts the Bamber family, as dysfunctional as any other, welcoming their twin grandchildren in their farmhouse located close to the village of Tolleshunt D’Arcy, Essex. A couple of days later, in the wee hours of the night, Jeremy Bamber (Freddie Fox), the adoptive son of Nevill and June Bamber (Nicholas Farrell and Amanda Burton), calls the local police to report that he has received a call from his father telling him that his sister, Sheila (Cressida Bonas), has “gone berserk” and taken one of his guns.

When the police get there, they find the bodies of Nevill, June, Sheila, and Sheila’s six-year-old twin sons, Daniel and Nicholas. After the initial investigation, the case is ruled to be a murder-suicide committed by Sheila, who has had schizophrenia. However, as more details start to come out, a calculating and sinister plan is revealed, orchestrated by Jeremy. If the shock-inducing TV series has made you wonder whether it is based on a true story, we have the answer for you!

Is The Murders at White House Farm Based on a True Story?

Yes, ‘The Murders at White House Farm’ is based on a true story. Taken place on August 6-7, 1985, the White House Farm murders is one of the most tragic and notorious incidents in recent history in the UK that resulted in the deaths of five members of the Bamber family, including two six-year-old children. The murder and subsequent trial and investigation garnered national interest. The case still continues to be a subject of fascination, if albeit morbid, for many people within the UK and beyond. Series creator Kris Mrksa wrote the screenplay with Giula Sandler, predominantly using the 2015 book ‘The Murders at White House Farm’ by Carol Ann Lee as their main source of inspiration. 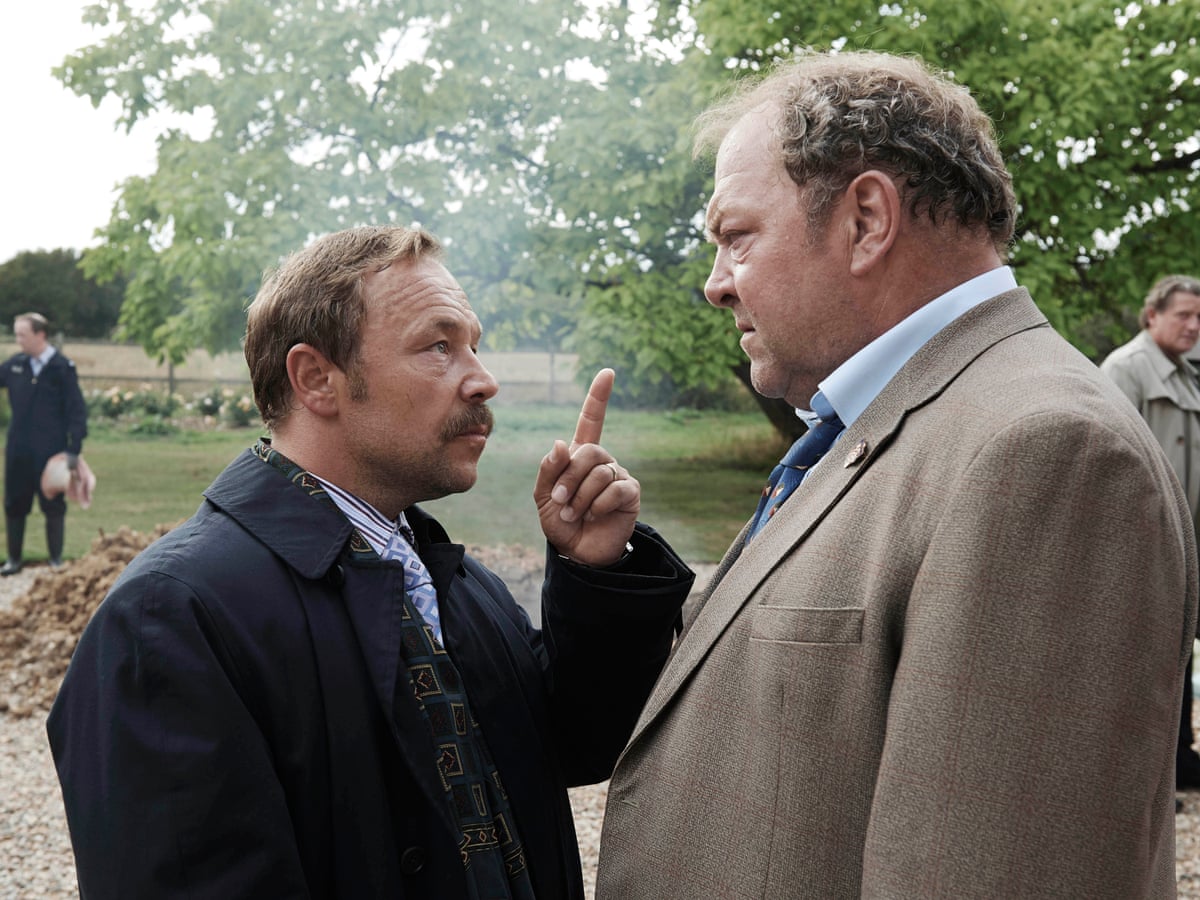 They also drew from Colin Caffell’s 1995 book ‘In Search of the Rainbow’s End: Inside the White House Farm Murders.’ Colin, being Sheila’s ex-husband and the father of Daniel and Nicholas, is one of the victims of the incident. Mark Stanley portrays Colin in the series. About two days before the incident, Colin left the twins at the farmhouse with Sheila, who had also arrived there, Nevill (61 at the time of his death), and June (61) for a week-long visit. The idea was that the children would spend the week with their mother and grandparents, before departing for a vacation to Norway with their father. Like Jeremy, Sheila (28) was also adopted. She was diagnosed with a schizoaffective disorder in 1983 and was on medication because of it.

On the fateful day of August 6, Jeremy was present in the farmhouse. A farmworker spotted him, leaving around 9.30 p.m. According to the event log maintained by the police, he made the call at 3.36 a.m. on August 7, though it was later decided during the trial that the call actually came at 3.26 a.m. The police arrived at the scene not long after, accompanied by Jeremy. But the authorities waited until daylight to break into the premise of the farmhouse. They found bodies of all five people residing there at the time, all with multiple bullet wounds, including Sheila’s, who had been shot twice under her chin. The gun was lying on top of Shiela’s body with the muzzle aimed at her neck. During the initial investigation, which was led by DCI Thomas “Taff” Jones (Stephen Graham), it was concluded that Sheila had killed her parents and sons before killing herself.

However, DS Stan Jones (Mark Addy) had his doubts, and he had suspected Jeremy almost from the beginning. It was later revealed that the investigation was terribly managed. In a time when forensic science was still at its infancy, the officers paid little care while they were at the crime scene. There were reportedly footprints through the pools of blood around the victims. The authorities even torched the blood-soaked bedding and carpets so they wouldn’t cause Jeremy trauma. As Addy said in an interview with ITV, “It meant people were literally traipsing through the house at White House Farm, through pools of blood, with footsteps all over the place. This was in the days when forensics was a relatively new tool for the police.”

Jeremy and Sheila’s cousins suggested that the police should look into Jeremy as a suspect quite early, but DCI Jones dismissed the notion. The murder weapon was an Anschutz 525 semi-automatic .22 rifle that belonged to Nevil. The gun’s silencer was discovered in the gun cupboard by one of the cousins, David Boutflour (Richard Goulding), on August 10 with blood, both inside and outside of it. It was later deduced that Sheila would have no reason to take off the silencer after killing her parents, putting it inside the cupboard, before killing herself. The silencer served as arguably the most significant incriminating evidence against Jeremy.

However, he was mainly arrested because of the testimony made by his former girlfriend, Julie Mugford (Alexa Davies). In her initial statement, she was supportive of Jeremy and told the police that he had contacted her on the night of the murders, sounding worried. She was even on his side during the funeral on August 16, 1985, while he broke down crying and grasped her hand. However, their relationship became turbulent in the next few weeks. On September 7, she spoke to the police again, changing her statement completely and claiming that Jeremy had intended to murder his family. Jeremy Bamber was apprehended by the authorities a day later.

The case went to trial on October 3, 1986, and Jeremy was found guilty on all five counts of murder on October 28. He was initially given a 25-year-long sentence, but in 1994, then-UK Home Secretary Michael Howard wrote to him to tell him that he would never get out of jail. Despite this, Jeremy continues to maintain the claims of his innocence even today and has made several appeals through his lawyers to the Criminal Cases Review Commission (CCRC).

The Bambers were an affluent family. According to one estimate, The Bambers’ company, N. and J. Bamber Limited was valued at £400,000 in 1985 (£1,220,000 in 2020). Besides the farmhouse and 300-acre farmland, June and Nevill owned property in London as well as a caravan site. Jeremy’s motive, argue the prosecution and his detractors, was this wealth as he did not want to share his inheritance. Conversely, similar arguments can be made against his cousins, including Boutflour, who inherited the Bamber estate after Jeremy’s conviction.

Read More: Is Open Water Based On A True Story?