The Ninja Twins From AGT: Everything We Know 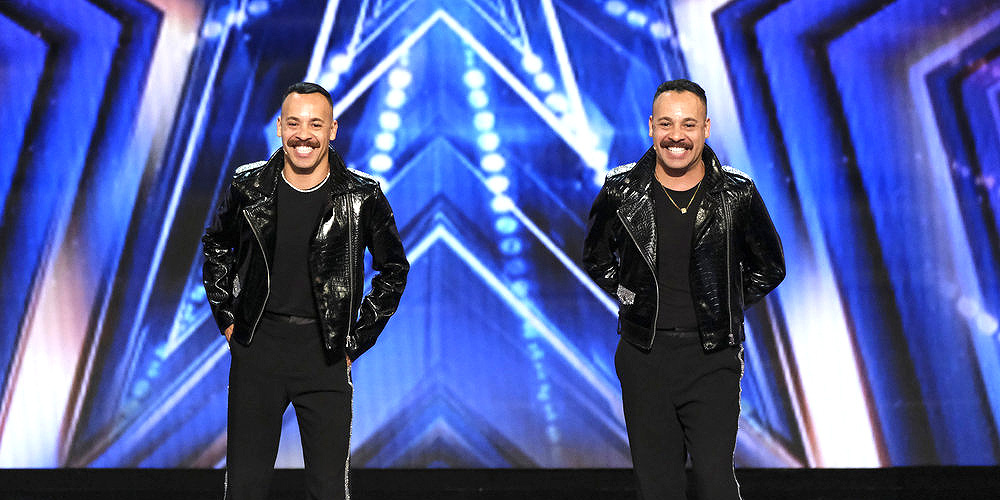 NBC’s top reality show, ‘America’s Got Talent’ has been satiating the appetite of fans by producing exciting and thrilling content, since its inception in June 2006. The show offers a platform for multiple artists to showcase their talent in front of the world. If they manage to impress the judges, the contestants proceed further in the competition, with the hopes of earning the grand cash prize. The fifteenth season introduced us to many performers, and one of them is The Ninja Twins. Here is everything you need to know about the dancing duo!

The Ninja Twins: Where Are They From?

The Ninja Twins is the stage name for identical twin brothers – Nick and James Aragon. The Ninja in their name is a combination of their birth names. “Ni” from Nick and (n) “Ja” from James, together makes Ninja. Nick and James hail from the Californian city of Bakersfield, located on the Kern River, north of Los Angeles.

“Boom Boom” TheNinjaTwins at 12! This was our first dance costume. We audition for star search after only dancing for 3 months, needless to say we didn’t make it.😎😎 #TheNinjaNews

While growing up in the country music capital of the West Coast, they developed a liking towards music and dance and began performing professionally from their teenage years. The duo left their hometown after they turned 15 and since then, Nick and James have been living in Los Angeles. Following a career setback, they had to move back in with their parents for a while, when they were in their early 30s. After a short span, their career flourished and the brothers relocated and currently live in Los Angeles.

Who is in The Ninja Twins’ Family?

I was touring with @xtina and James was doing the #FootLose tour, we were 19!! Thru good and bad times Daddy, you were always there, it hasn’t been easy but you were there!! Happy Father’s day Daddy, we love ya!!💋💋#TheNinjaTwins #TheNinjaNews #TheBoss

Both Nick and James are single and are enjoying their life to the fullest. The two are very close to their family and never miss an opportunity to hang out with them.

Grateful that God gave us each other, the road hasn’t always been easy, but it’s is life. Today reflect on the #Gold in your life, Happy #ThanksGiving!!👄👄 #TheNinjaTwins #TheNinjaNews #FamilyGold💰💰

Their mother, Mary Aragon, is the biggest supporter of The Ninja Twins and always bestows her blessings upon her sons by dropping sweet comments on the posts on their joint account.

She’s got Atmosphere!! #HappyMothersDay to the women who wears the biggest crown👑👑 Can’t wait to barrow it @mary_aragon7, we love you with all we got!!👄👄#TheNinjaTwins #TheNinjaNews

Nick and James have two sisters – Christine and Lisa. The brothers have always looked up to their elder sister for life advice and other things. Sharing a heartfelt birthday post for Christine on their joint account, the brothers wrote, “You will never know how much we’ve all looked up to you and still do despite the differences we may have. You are so strong and have endured things no human could possibly withstand.”

Happiest Birthday to our Big Sister @chrismccue7!! This picture is one that I cherish for life, you holding me is what I’ve felt you’ve always done.We didn’t have much but we had so much more because of our love for each other. You will never know how much we’ve all looked up to you and still do despite the differences we may have. You are so strong and have endured things no human could possibly withstand. This makes you a super human Warrior like know other. I say and pray to you, The Best is still to come for you sister who I Love beyond this World, thank you for choosing us 💋💋!! P.S. Don’t tell, We love you Most;);)#ninjatwins #birthdaygirl #ninjanews #bigsister

Here’s a cute picture of the twins with their beautiful nieces!

The Ninja Twins: Age and Profession

The 40-year-old twins are entertainers who perform at events and shows. Along with being great dancers, they can also sing quite well.

I love this song,won a Golden Globe last night, this was a rehearsal never got to final performance;)

Although they have been in the entertainment industry for over a decade, Nick and James rose to national fame when they appeared on the ninth season of ‘So You Think You Can Dance.’ They performed on ‘Man in the Mirror’ and although their personality was loved by the audiences and the judges, they were let go because the then-32-year-olds surpassed the age limit of 30.

However, their audition tape garnered a lot of love from the viewers and because of that, judge Nigel Lythgoe reached out to them and offered them a reality show called ‘Ninjas with Attitude.’ Bound by a contract, they had to reject all the offers that came their way. Nick quit his job as a celebrity stylist, while James was laid off from the restaurant, where he served as a waiter. Unfortunately, the show got shelved and the guys went broke. They moved to their hometown but bounced back after a while. They even got a chance to appear on ‘The Tonight Show with Jay Leno.’

For over five years, the out-and-proud gay twins have been running their web news segment called – The Ninja News, wherein they talk about the latest celebrity gossips, fashion updates, breaking news, etc. Their page has over 12.5k followers, who love the twins for their dapper fashion sense, warmth, and comedic one-liners.

Watch as we talk about the finale of #AmericanIdol and #TheVoice!!💋💋#TheNinjaTwins #GoodForYou #AGT Mask by: @maggiebarryfashion 💋💋

The Ninja Twins Prediction: How Far Will They Go?

Going by their profile, The Ninja Twins live by the motto – “When the World tells you No, bring it down and turn it all the way up!” And if we look at their journey, the twins have not only broken stereotypes but have also proven that no matter what the world tells you to be, you must always be whatever you want to be. They are unapologetically themselves and are sure to set the stage on fire with their electrifying energy and mind-blowing moves. If everything works accordingly, they might even secure a seat in the finals!

Read More: The JD Marching Band From AGT: Everything We Know